Top 5 tips for getting started in Monster Hunter 3 Ultimate

Learn the ropes with this handy guide

Being a beginner in the world of Monster Hunter is an extremely daunting experience. I mean, the series simply isn't designed for newbies to the action-RPG genre.

Though the people that play Monster Hunter are friendly and welcoming enough, they're too busy concentrating on the next set of armour or big weapon upgrades to spend time teaching n00bs about the basics.

So, I've decided to compile some absolute beginner tips to help push you along the path to success.

If you've never played a Monster Hunter game before and fancy getting into Monster Hunter 3 Ultimate (MH3U) for the 3DS in a big way, this guide should be your starting point. 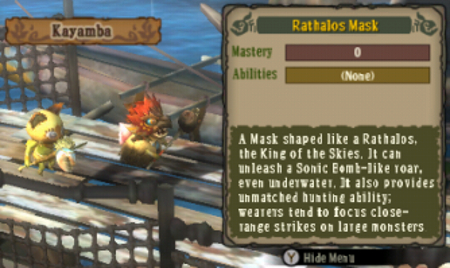 In most games today - especially in most RPGs - you can generally just skip through the majority of text, as it's tone- and scene-setting stuff that is completely pointless if you're not bothered about the story.

This is not the case in Monster Hunter.

Information is more valuable than mere Zenni in MH3U, so every last shred of info about the world and monsters should be taken to heart. Read the text that appears a few pages deep in the quest descriptions, for it may well contain vital clues about what you should be doing and where you should be doing it.

Have a notebook, a pencil, and an eraser to hand if possible, by the way, so that you can jot down details and facts about the world. When you're told what a Jaggi is, make a note of what a Jaggi looks like and where you continually seem to find a Jaggi.

Have a smartphone on standby, too, for if you do forget any of the game's minutiae, the answers to the questions you have are never more than a Google search away. 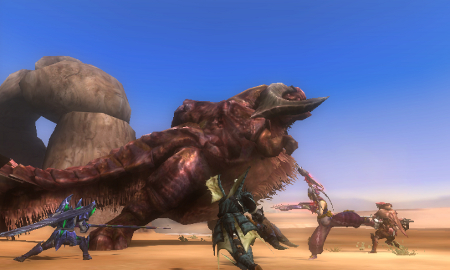 There's nothing worse than being Billy No-Mates in Monster Hunter games, for it means several portions of the game are locked away and the game becomes significantly more difficult.

You need friends to assist you with quests. How? By helping you tackle giant creatures; acting as your backup when things get particularly hairy; and drawing aggro from a creature while you take a breather to consume health and stamina items.

Perhaps most importantly, though, your buddies serve as your information network. Much like in those artsy-fartsy experimental jazz records your dad has, the most important parts of Monster Hunter are the elements that aren't obvious, the systems that you're never told about. If you've got mates to play with, you can share details with one another to get through areas faster or more efficiently.

My pro tip, then, is to find a group of like-minded gamers with whom to play Monster Hunter. Pals you see on a regular basis are the best kind for Monster Hunter titles, so try 'bullying' them into going on this particular monster-hunting adventure with you.

If there's no one about, however, or you're keen to play pals from much farther down the road or on distant shores, you'll need a Wii U to get online with Monster Hunter 3 Ultimate for the 3DS. If you've got the disposable income to splash out on Ninty's newest home console and you're really hooked on MH3U, you might want to seriously consider getting a Wii U.

If you're still stuck for multiplayer pals, why not leave your details in the comments section below this article. There's sure to be members of the Pocket Gamer community up for a hunt.

Tip 3 = Get to know your button layout 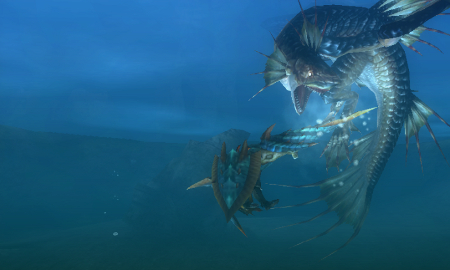 There are plenty of controller setups available for wannabe hunters of monsters. Too many to go into here, to be honest.

The main thing to remember, though, is decide on a configuration early and stick with it. If you're after a personal recommendation, I found that the Circle Pad Pro was invaluable, as it allowed me to use the right stick to turn the camera, making underwater sections go - *chortle* - swimmingly.

Get everything set in the first few missions, as you've got plenty of time in these to faff about and try to find the best setup for you. You can also customise the quick-access shortcuts that appear on the touchscreen - again, this is something you should think about before progressing too far into the game.

Having an intimate knowledge of your control layout is vital when it comes to making split-second decisions in the heat of battle.

And on a similar subject... 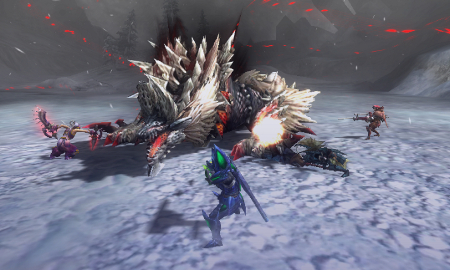 Yes, there are some absolutely massive creatures you are going to have to deal with in Monster Hunter.

And, yes, they will require some considerable effort to take down.

The biggest obstacle during your bouts with these behemoths, however, is getting to grips with how your weapons handle.

That's the simple explanation, anyway. The technical term for this is 'animation priority'.

And 'high' animation priority means the following: when you input a command, such as attack the enemy in front of you, you must then wait for the ensuing animation to be completed before the game's engine will recognise another command that you give to your on-screen character.

Animation priority in Monster Hunter is extremely high, meaning that you'll need to take a few things into consideration when battling.

Firstly, you should try out all of the weapon sets available to find a style that suits you. You should also be extremely comfortable with how each weapon handles in combat, making sure to practise, practise, practise so that you understand how close to an enemy you need to get to make contact or how long a strike takes to recover.

Finally, you should be aware that you can cancel the vast majority of attack animations by simply rolling with a press of the B button. If you take a swing at a creature, miss, and see the telltale signs of it about to attack you, roll out of the way to avoid the hit.

Though this consumes stamina, your life bar is more important. And taking just a few well-placed strikes from a beast will put a serious dent in your health.

Tip 5 = Never look a gift horse in the mouth 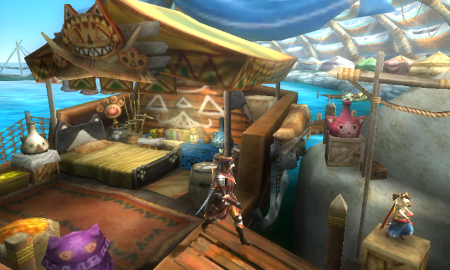 While the maker of MH3U isn't out to make your life easy in terms of understanding how the game works, it's never ever anything but fair in terms of resources... especially early on in the game.

Free stuff for you to use during your quests is plentiful, and the items often act as hints for what you should expect to encounter.

Head to the blue chest at the base camp, then loot the lot. If there are paint balls in there, chances are you'd be well advised to use one on the big monster that's coming up, as it's likely to flee and you'll want to be able to track it quickly.

Just make sure that before a mission you stash away all of your other items you've gained from the last quest, or else you won't have space to carry about those from the chest.

Admittedly, most of these bits and pieces will be taken away from you at the end of a mission, but they're invaluable while you're actually out on the hunt, and they prevent you from spending too much Zenni on the essentials.

So, they're my tips, but do you have any more? Let us and the rest of the Pocket Gamer community know them by dropping 'em in the comments box below.

Master the elements in Magicka: Wizards of the Square Tablet on iPad

Monster Hunter 3 Ultimate goes on sale for 50% off in US and Europe, but you have to act quickly