Hail to the king

This April, 3D Realms will celebrate the 20th Anniversary of side-scrolling shooter Duke Nukem II by bringing the game to iOS.

In the very early 90s, he had a pair of fondly remembered shareware platformers that set up Duke's alien ass-kicking and his self-centred personality.

(In DNII, he's attacked by aliens while pimping his autobiography, Why I'm So Great). 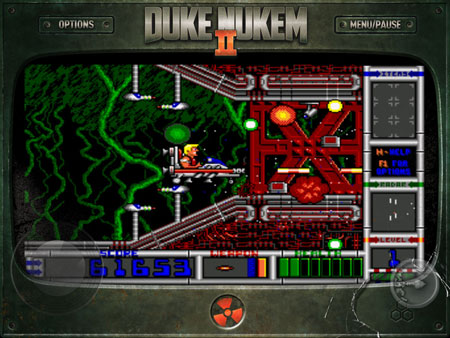 Anyhoo, you'll be able to see for yourself when the game hits iOS next month. It's a faithful recreation, apparently, though with some new artwork and music, save states, and leaderboards.

The game's being developed by Interceptor Entertainment (the team behind the upcoming Rise of the Triad reboot), with help from 3D Realms CEO and co-founder, Scott Miller.

Miller said, "Before Duke Nukem 3D, before the sunglasses, before the one-liners, and before the strippers - many gamers never knew there was another incredible alien ass-kicking Duke game."

How to always keep on running in Sonic Dash - hints, tips and tricks