Instead, you sit behind enemy lines and watch as your recruits run, take cover, and fill opposing warriors full of lead at will. 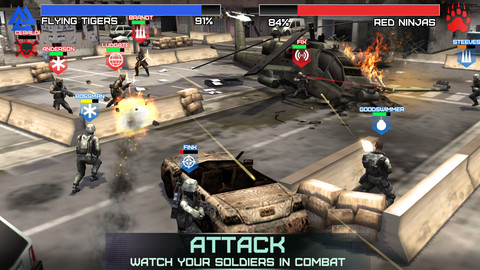 Your job, then, is to ensure that the soldiers you send into battle are fully trained and have access to the weapons and equipment they need to do their jobs properly.

You do this by purchasing packs of cards through the Rivals at War in-game store using coins that you earn (or buy through in-app purchases) as you complete missions against other real-world players.

These cards allow you to recruit new units (including snipers, radiomen, and medics), unlock better weapons and gadgets, and utilise accuracy and speed power-ups. 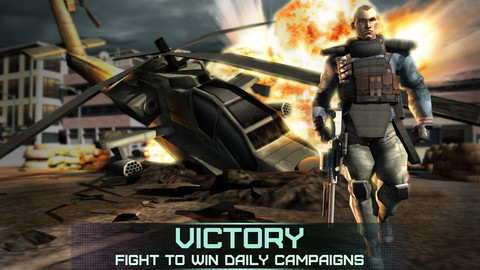 Rivals at War is available to download right now for free as a Universal app for the iPhone and iPad [download]. It's also free on Android [download].

The world consists of rivals. Rivals are at war