Visit the future, save the past in gorgeous time-travelling adventure The Silent Age

Denmark-based developer House on Fire has just released the first episode of its dark time-travelling adventure series The Silent Age. You can get it on iOS right now for free.

In this game, you follow the adventures of hapless building attendant-with-a porn-star-'tache Joe, who finds himself wrapped up in a last-ditch effort to save mankind from extinction.

After a short prologue, he ends up with a pocket time-travelling gizmo, which lets him leap between an easy-living 1972 and a post-apocalyptic 2012.

This comes in handy when solving Day of the Tentacle-style brainteasers, with solutions that spill out between the two epochs. Make a change in 1972, zip forward four decades, and you'll see the reaction. 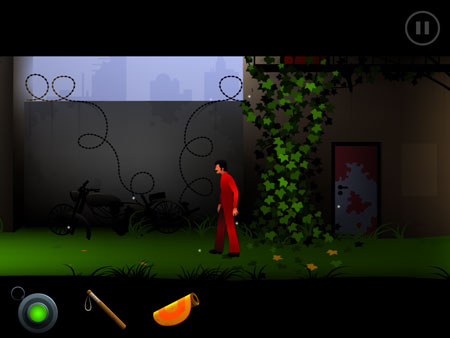 You can skip between the two eras in pretty much every scene.

So, if you come across a rusted old motorcycle in the desolate future, you can hit your handheld chrono-bender... 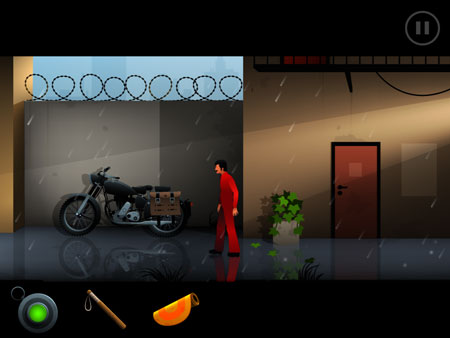 ... to find a shiny new chopper in its place.

The Silent Age has got some wicked-smart puzzles - with logical solutions - and an oppressively foreboding atmosphere. You can thank the minimalist art style and an eery soundtrack for that.

The game is also - as far as I've played - completely free. So, there's nothing stopping you from heading on over to the App Store and downloading this ingenious little adventure right now, is there?

According to the game's website, it will also be released on Android-powered devices in the future.

Want more? Check out our growing collection of The Silent Age news stories!