If you're a Windows Phone 8 user, you'll be pleased to read that you no longer have just two Angry Birds titles (Angry Birds Space and Angry Birds Star Wars) from which to choose.

This physics-based puzzler, which set up a nest in Apple's App Store all the way back in October 2010, contains more than 300 levels all based around real-world special occasions.

There are pumpkin-packed Halloween-themed levels, for example, Christmas stages that are filled with candy canes, and lovey-dovey Valentine's levels. 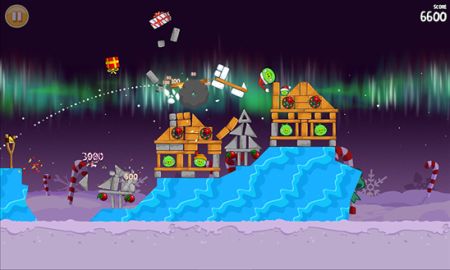 Rovio has promised to add even more stages via regular updates, so you're definitely getting your money's worth with this 79p / 99c app.