Bungie's post-Halo epic Destiny will have a strong mobile component

This weekend, Halo creator Bungie unveiled its next sci-fi epic. It's called Destiny, it's a shooter in a persistent online universe, and it will have a big mobile presence.

The console game will have a tie-in iOS app that will show off your character and stats; let you chat and connect with other players; and - most importantly - tell you when new events are happening in the world of Destiny.

That's going to be handy when you're dealing with an enormous multi-game narrative that will spill out over a ten-year period.

So, if there's something new happening on planet Venus one month, you'll get a push notification on your iPhone. 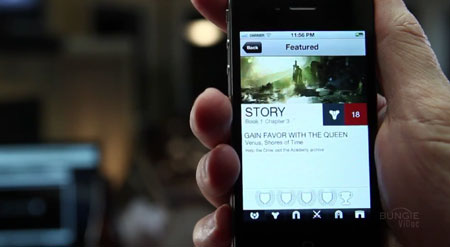 According to Kotaku, "you'll be able to share stories through the app, too."

Destiny is Bungie's first game since leaving Microsoft and giving up control of the Halo franchise. It will be published by Activision on Xbox 360, PS3, and maybe next-generation consoles, though there's no release date yet for the game.

You can watch the game's introductory, ahem, "ViDoc" - featuring some talking heads hyperbole that'd make even Apple cringe - below.