2012 was a pretty awful year for RIM - so much so that with the launch of the BlackBerry Z10 the company decided it was time to change its name to BlackBerry and reinvent itself. Given that most people called the company BlackBerry anyway, it probably won't make much of a difference.

But the handset itself is very big news - particularly given that it went on sale just 24 hours after being unveiled.

BlackBerry has a lot at stake with this new phone and operating system. After being invisible for almost all of 2012, BlackBerry has now slipped behind Windows Phone in terms of sales and needs to catch up, and fast. 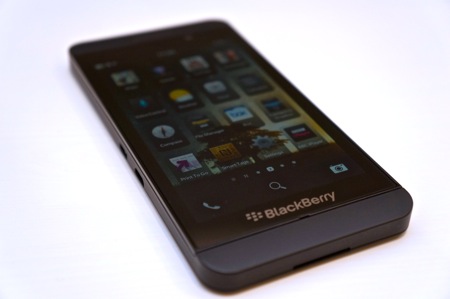 The Z10 is a full-touch device, with a fast Qualcomm S4 dual-core processor, support for 4G, a 4.2-inch high-definition screen, and a 8-megapixel camera that brings it in line with other high-end smartphones. It's a very good start, although it puts the phone out of the reach of the many teenagers that made up a large percentage of BlackBerry users in recent years. To keep hardcore BlackBerry fans happy, a model with a keyboard and smaller screen - the Q10 - will follow later. However, as many smartphone users are now likely to be familiar and comfortable with on-screen keyboards, the market for a BlackBerry QWERTY keyboard might not be as strong as it once was. The fact that the Z10 has a rather good keyboard might also make the Q10 seem like a poor choice. 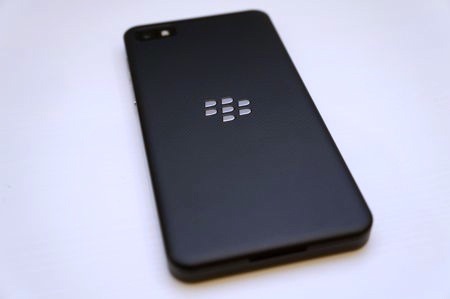 The back is nothing special to look at, but look inside for some surprises Design BlackBerry produced prototype models of the Z10 for developers last year, so the look and feel of the final handset was never likely to change too much. The Z10 is 9mm thick, lightweight (although not as light as an iPhone 5), and it has a nice feel in the hand - with a non-slip edging that inspires confidence. The rear cover is plastic and removable, to allow the insertion of the SIM card and memory card, and to change the 1,800mAh battery for a spare if you so wish - something you don't often see on other high-end devices. 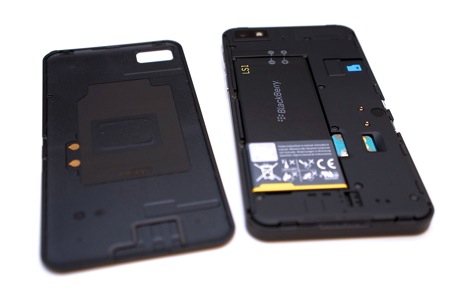 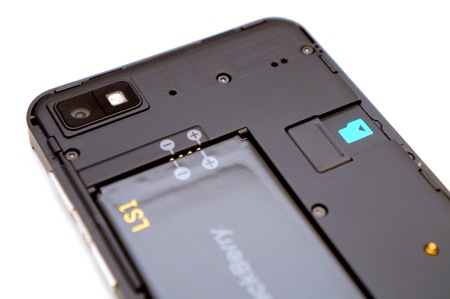 Removable battery: A rarity these days, along with a memory card slot that's also becoming less common Our phone also came with a pouch that, like many BlackBerry models before this, incorporates a magnet so you can automatically turn the display on and off by removing and replacing the phone. This pouch might not be included with every Z10 sold from various retailers and networks. 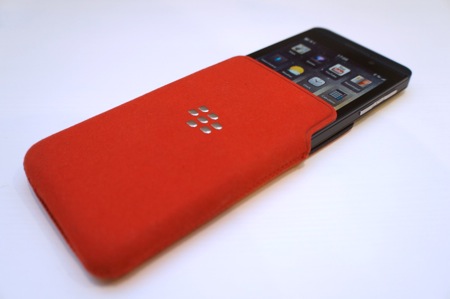 Most of the front consists of a Gorilla Glass panel for the display, with touch-sensitive areas that expand beyond the screen for use with the gestures needed to navigate around the user interface. This is essential, as you'll notice there's no home key or Android-like buttons to go back, home, etc. 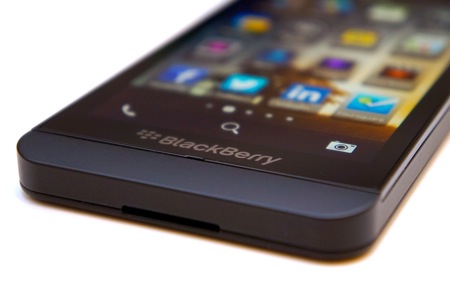 Key features BlackBerry might be aiming the Z10 primarily at business users, given the premium price, but it certainly doesn't have to be used for work. For personal use, there's no longer a need to pay for a BlackBerry Internet Service (BIS) subscription on your account, saving you around £3-£5 per month. You do still need to register a BlackBerry ID, which sets up your BBM PIN, stores payment details for purchases on the BlackBerry World store, and allows you to use the BlackBerry Protect - the service that can remotely track and kill your lost or stolen phone. The key feature here is the new operating system, BlackBerry 10 (BB10), which is entirely gesture-based for navigating from app to app, or accessing your unified inbox via the BlackBerry Hub. It doesn't take too long to get used to these gestures, thanks in part to the tutorials on the phone itself, and most of them are pretty obvious. Think back to 2007 when Apple introduced the pinch/pull concept and other gestures. It didn't take long to master these, and six years on few people should struggle here. That said, give someone your phone without showing them the basics and they'll be totally lost. 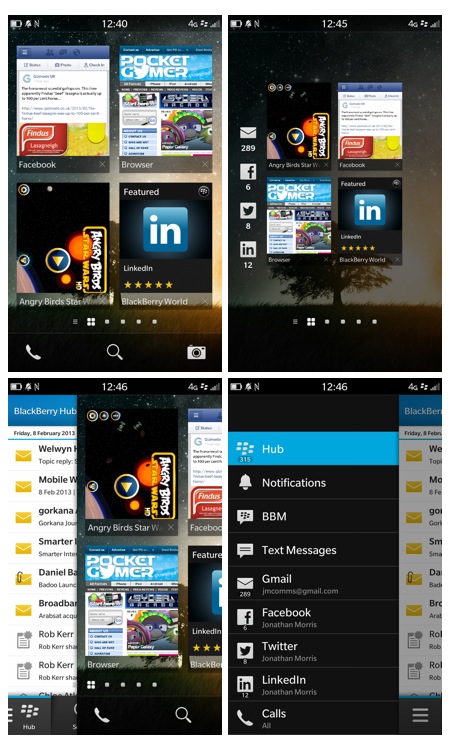 Given the need to use swipes and pinch/pulls for normal app operation, BlackBerry had to come up with some odd shaped gestures to avoid conflicts, such as the dragging your finger up and to the right to expose the Hub, or a diagonal swipe up and left/right to bring up a hidden bar with essential shortcuts and functions in apps that can run full screen. One really good feature is the ability to use a gesture to unlock the phone without having to press the 'lock' key first. Less good is what happens when you drag a finger down from the top - rather than seeing an Android-style notification bar you get a menu relative to the app you're using. This can be confusing, as you might expect to have shortcuts to things like flight mode, alert volume, settings, and screen brightness available at all times and not just from the home screen. 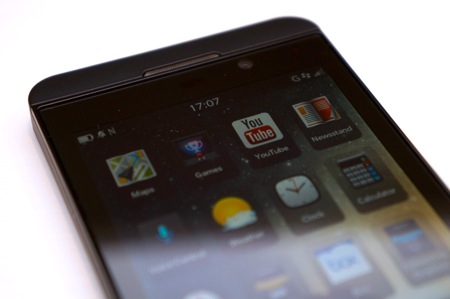 As with Windows Phone when it first launched, there's a learning curve for users and developers alike, but it doesn't take long to see that the OS is quite refreshing and powerful. One particular benefit is the ability to manage just about everything with just your thumb - perfect for one-handed usage. Camera BlackBerry cameras have never been particularly amazing, but they've always been functional. With a dedicated 'camera' button it was never hard to take a photo quickly, but there's no such key on the Z10. The only way to load the camera now is via a shortcut at the bottom of the main home screen, or by holding the 'camera' icon on the lock screen. This is a retrograde step. When it comes to actually taking a photo, you can use either 'volume' key as a shutter release, which is near-instant and makes it easy to avoid missing the moment. Selective focus is possible by dragging the focus target around the display. All very simple, but let down by very noisy images and photos taken with the LED flash that are far too cool and unnatural-looking. Low light performance is poor too, but we've perhaps been rather spoilt by the Nokia Lumia 920. It's not all bad, though, with HD video recording and an interesting feature called Time Shift. In this mode, the camera takes a rapid burst of photos and detects all faces automatically. After choosing an individual image to form the base, you can then use a rotary dial to select the best facial image for each person. Once confirmed, the software puts those faces on the original image with surprisingly good results. Definitely one to help improve those group shots shared every day on social networks. Gaming As a high-end phone, using Qualcomm's S4 processor (in dual-core guise here), the Z10 has as much gaming ability as any other comparable Android phone at the higher end of the performance scale. The problem is that, besides a few high-profile titles that have been ported, such as Angry Birds Star Wars and popular titles from the Gameloft catalogue, the overall choice of games is still extremely limited and likely to remain so for some time. Worse still, many games on the app store are simply ports of Android games that weren't really very good to begin with. Some titles don't even fill the screen, while others glitch terribly and really shouldn't have made it on to the app store at all. 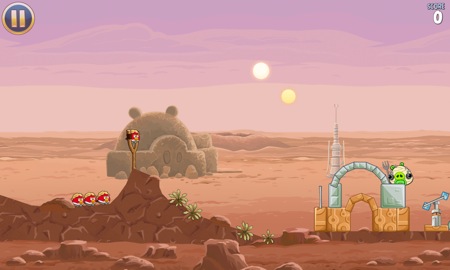 The good There's plenty to like about the BlackBerry Z10. The battery life is good, even in 4G mode, and there's a memory card slot to accompany the rather generous 16GB of internal storage. An HDMI output lets you watch movies and games on the big screen, as well as giving business users easy access to give presentations with the built-in word processor and spreadsheet applications.

HDMI output: good for taking the action onto the big screen

Using the phone soon becomes instinctive, and anyone who has used a BlackBerry before will love the unified inbox that gives instant access to everything that you need to be alerted to in real time. The on-screen keyboard is also excellent, from its support for multiple languages to its suggestions of likely words that you can swipe into place. The bad The problems with the Z10 aren't down to the hardware, which is just fine. This phone running any other operating system would be a winner. But it isn't running another OS. With BB10, the problem is down to the lack of apps, and some rather misleading claims from BlackBerry about the availability of the top apps people want. Many big apps aren't available at all, while a lot of others are merely glorified bookmarks that load a mobile website in the browser. Others are severely crippled in comparison with their Android and iOS counterparts, while the many ports of Android apps have a range of issues, from corrupted graphics to glitches and usability issues in the absence of the Android soft-keys. The Maps application is basic, much like the music player and gallery application, and it struggled to even locate places where a contact contained a full address and postcode. Bitmapped graphics are also far too slow to load and update, even with a 4G or fast wi-fi connection. This makes it hard for people to consider giving up their current ecosystem to move, or even for existing BlackBerry users that have suffered with a poor choice of apps to stick it out and wait another six months or more for things to pick up. 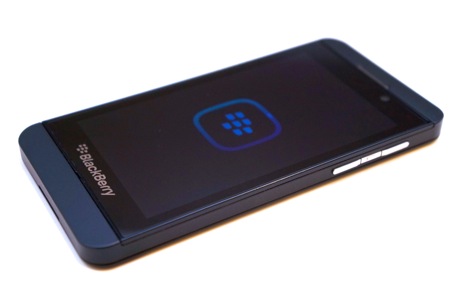 Summary I fully expect BlackBerry will tweak things and respond to feedback in the months ahead, as despite the long wait for BB10 to launch it still feels like a work-in-progress today. Great as the device is, it's not there yet. The operating system has stacks of potential, but unless you're an early adopter who likes to take a gamble, you'd be better off waiting to see what happens in the coming months. Even then, the Z10 should still stand up well to the competition.

This was certainly a difficult review, as the hardware is excellent and deserving of top marks. The problem is the Z10 is only as good as the operating system and software available, which still has a way to go. Loyal BlackBerry users certainly won't be disappointed, but there's not enough to entice others to switch yet
By Jonathan Morris
| Feb 12, 2013 |
Mobile