Ouya available for pre-order in US; full retail launch expected in June

No word on UK availability

The Android-powered 'unconsole' Ouya is now available for pre-order online in the US through Amazon.com and GameStop.com, with the official launch date set for June.

The crowdfunded games machine - which attracted a staggering $8.6 million in Kickstarter and PayPal donations - will also be stocked by high street stores, including Best Buy and Target.

According to Ouya CEO Julie Uhrman, the Ouya unit and controller bundle will retail for $99 across the board. Punters can also pick up additional controllers for $49 a pop.

"It's a premium price for a controller," Uhrman admitted to The Wall Street Journal, "but with the inclusion of the touchpad really makes it a premium in the marketplace." 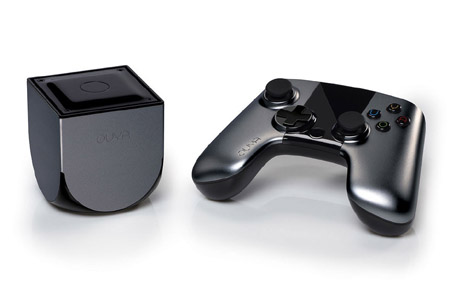 Though we originally thought that the Ouya would go on sale in the UK around March, it looks like that date will instead serve as the device's public "unveiling".

Unfortunately, there has been no word on a revised UK launch date for the Ouya, nor is the console available from European dot-com stores.

Ouya's creator has yet to announce a roster of launch titles, although Uhrman cites a community-generated list of around 200 games heading to the Ouya in her interview with The Wall Street Journal.

An Ouya-optimised version of Final Fantasy III - complete with exclusive content - has been confirmed, however.