[Update] Land of the Free: Show off your Clash of Clans village

Think you've got the best base in Clash of Clans? Then, prove it.

We want to see your viking village. We want to see how you've laid out your fortress, how you're protecting your town, and how much cool stuff you've unlocked.

Maybe, you've got a defensive stronghold that's locked down tighter than Fort Knox. One peppered with defensive weapons and flanked with impenetrable walls.

Or maybe you have an industrial factory of war, which is constantly churning out elixir, gold, new units, and stronger warriors.

Maybe, your town is just really pretty and covered in colourful flowers. To each his own, and all that.

King of the castle

Every now and again, we'll pick out our favourite screenshots and post them in this article for all to see.

And you'll get to tell everyone that you've got the coolest castle around.

Here's how to send us your snaps... 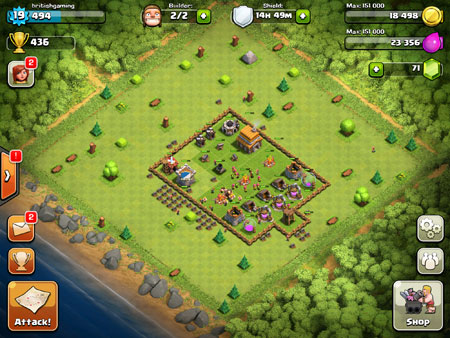 Load up Clash of Clans, zoom out all the way, and then hit the power and Home buttons at the same time to take a screenshot. 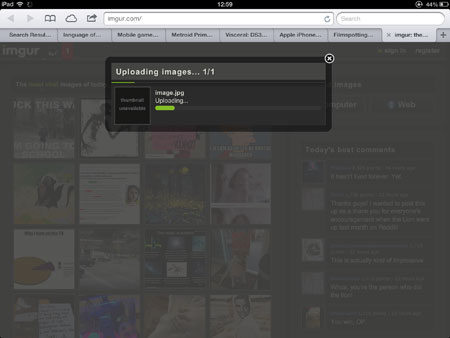 Now, you need to upload the picture to the web. We recommend using imgur.

Click 'Computer', pick your pic from your Camera Roll, and hit 'upload'. 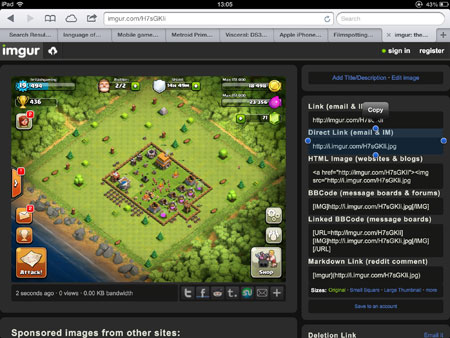 Once it's done, highlight the Direct Link URL and tap 'copy'. Now, come back to this article and paste it in the comments section.

So, what are you waiting for? Get going! 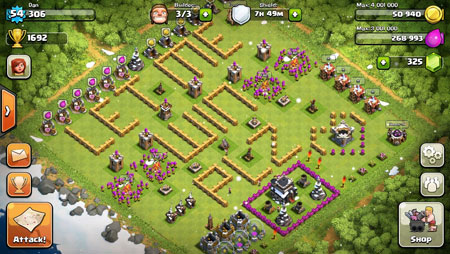 I can't help but sense there's a subliminal message in this base from Daniel Lagozzino... 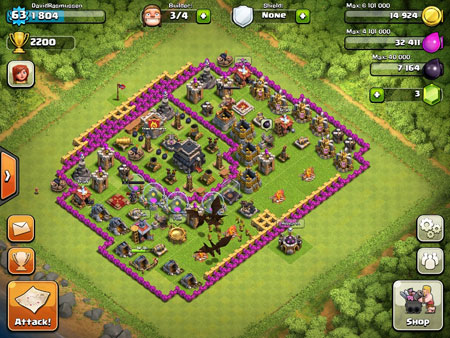 I'm not sure what shape David Rasmussen is going for in his base design. I'm seeing shopping bag. What do you see? This is like a Rorschach test. 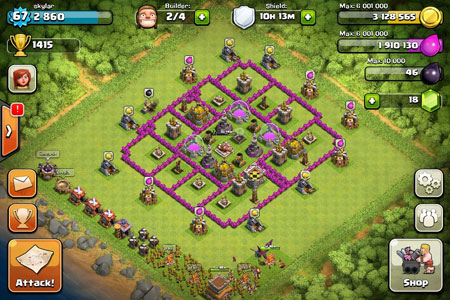 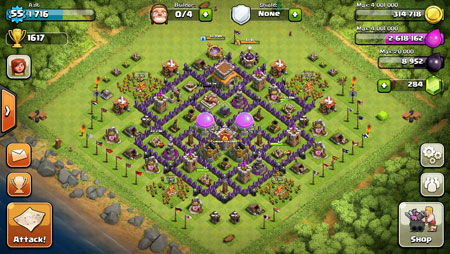 Gem U. has got one of the most densely packed fortresses I've ever laid eyes on. I don't think there are enough of those bomb-lobbing skeletons in the world to penetrate this beast. 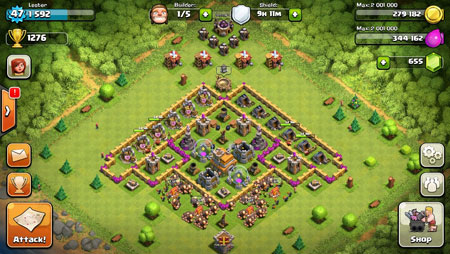 Lester Fierro's base looks like an arrow. Or maybe a stealth jet. Whatever the case, everything is given its own little home. Oh, and that Town Hall looks very well protected. Top marks, chap. 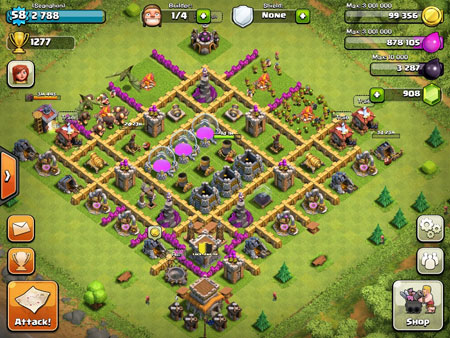 Another tidy base now, this time from Sean McCallum. We think you need a few more walls to protect those gold mines and elixir factories, though. 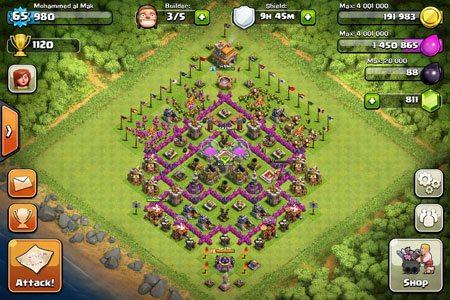 Want to show off your wealth in Clash of Clans? Forget gold, diamonds, great statues, or massive structures. No, it's all about flags, man. Like this flag-filled base from Simon Roder. 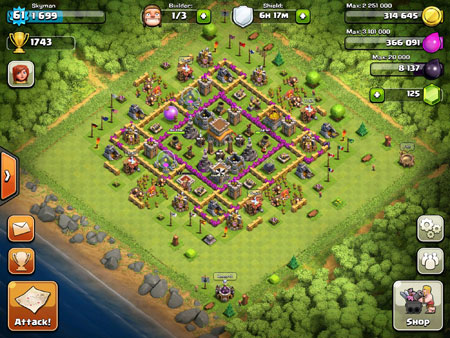 Skyman says his village is "geometric and organised" and it's never been destroyed with three stars. Does anyone want to try and end that winning streak? No. Didn't think so. 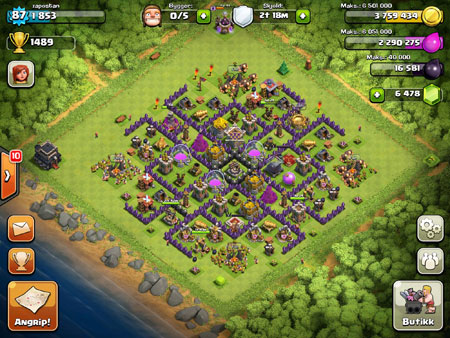 This purple-flavoured base from Stian Axdal looks like a spider. To me, at least. He tells us it's "great for farming".

We assume he means farming the skulls of his fallen enemies, or farming endless gold from the mines. And not, like, carrots and stuff. 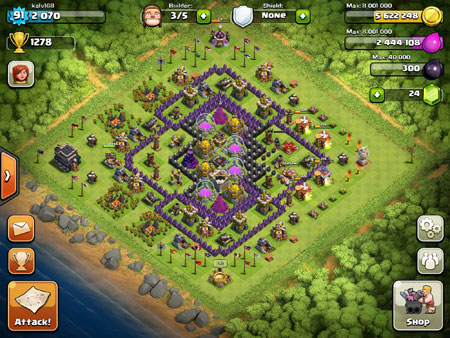 Kalv168 says, "No one has ever taken more than one of my storages." We can see why. Those elixir tanks have more protection than the President. 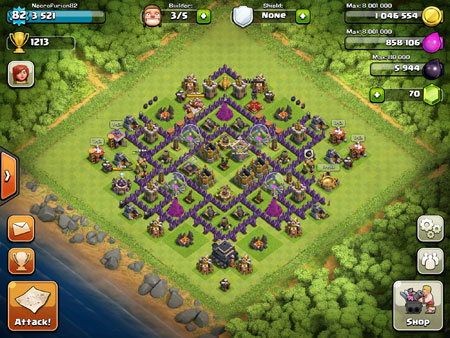 I can totally appreciate a neat and tidy base like this. Everything's in its place, from workshops to defensive cannons. Good layout, Matty Carty.

Want more? Check out our 71 other Clash of Clans features!