The team behind Ouya, the soon-to-be-launched Android-powered games console, has redesigned the system's controller based on preliminary user feedback.

As we mentioned earlier this month, some developer builds of the Ouya console have been released ahead of the system's planned launch date (March for UK customers; priced at £99).

These early adopters have been putting the Kickstarter-funded Ouya through its paces and have flagged up some issues with the unit's dual-stick controller.

Keen to show that they take constructive criticism on board, the guys over in Ouya's design team have gone back to the drawing board and addressed some of the concerns raised by users. 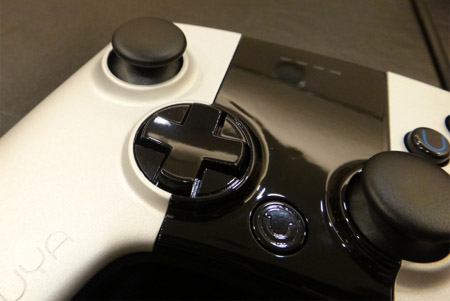 First off, the Ouya controller's disc D-pad has been replaced with a more traditional 'cross' style setup, reminiscent of the Xbox 360's eight-way button.

It seems there were some complaints about thumbs slipping off the analogue sticks. To prevent this, the Ouya team has added rubber tops to the sticks for extra traction.

Also, the triggers will no longer protrude as far from the controller's shell, and the touchpad will react quicker to your inputs.

It's nice to see a developer responding so directly to feedback. We'll be interested to see if these controller tweaks significantly improve the Ouya experience when the console arrives in March.

Hands-on with Sly Cooper: Thieves in Time for PS Vita