Temple Run - that incredibly successful grandpappy of 3D endless-runners - is about to get a sequel.

We spotted reference to Temple Run 2 on the Game Center profile of Imangi Studios co-founder Keith Shepherd. That means the game's finished, accepted by Apple, and will be out soon.

Shepherd's Game Center profile reveals that the game will have three global leaderboards (ones for high score, coins collected, and distance run - the same as the first game), and 30 achievements.

In the original Temple Run, you play as a hapless adventurer who's on the run from a band of evil demon monkey things.

You had to jump over gaps, slide under obstacles, collect coins, and shoot for the leaderboards. The game was free to download, but you could pay for access to different abilities and add-ons. 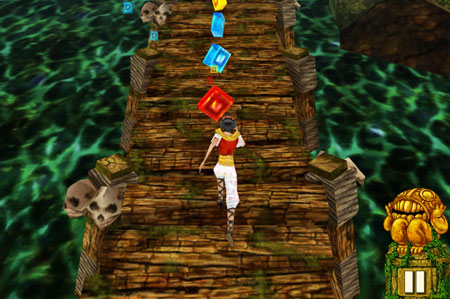 "This past year, we saw more than 75 million downloads of Temple Run on iOS," Shepherd said in an Apple press release.

We don't know much about the sequel, but we should learn more very soon. For now, start exercising those thumbs.