We're not short of tablets that can transform into other things, but most usually involve some sort of keyboard.

The Razer Edge is different because, in addition to transforming into a traditional laptop via the keyboard attachment, this bad boy can mutate into a legitimate home console (via the HDMI output) or mobile console (via the clip-on gamepad controller).

And, unsurprisingly, it's this mobile console mode that has piqued our interest the most. 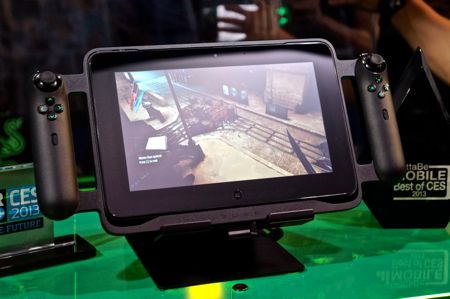 Straight off the bat, the Razer Edge is a top-spec PC in a tablet. And we mean 'top-spec'.

That's a lot of money, but the Razer Edge can function as a full-blown Windows 8 PC, too (that's the full Windows 8, not Windows RT). And with an Nvidia GT graphics chipset under its hood, the Razer Edge is a serious bit of kit for gamers that don't like to compromise on performance one bit.

The Razer Edge's battery life is rated at around ten hours for gaming, with an optional battery pack available for those who require it. 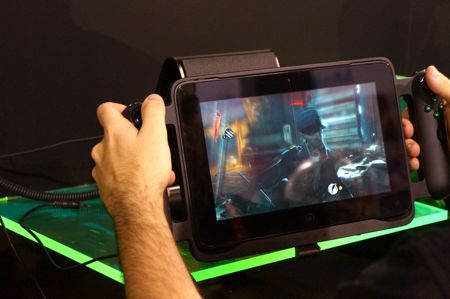 It has to be said, though, that it feels rather big when you actually get your hands on it.

With its 10.1-inch 1366x768 display already making the tablet quite large, and then the gamepad controller bolted on the edge adding to the bulk even more, it's quite a bit bigger than your average handheld console. It's quite heavy, too.

It will certainly take a bit of getting used to, but it is perhaps a little unfair to moan about the size or weight when it probably isn't intended to be used on the bus or on a park bench.

It won't take you too long to get perfectly used to the Razer Edge's large screen and begin to see everything else as a bit of a toy.

Thanks to the price of even the non-Pro model, though, no one in his right mind would consider this tablet / console / laptop / all-round gaming solution a toy. 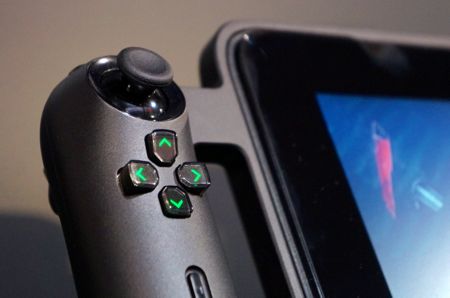 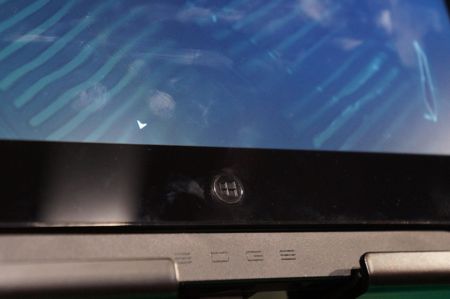 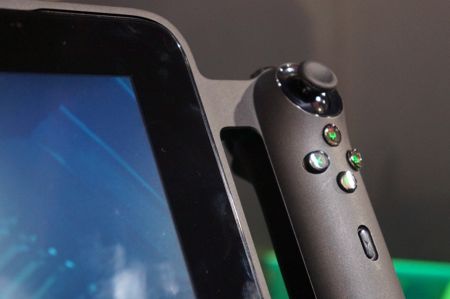 [Update] Joe Danger Touch out now on iPhone and iPad

Can the Razer Edge tablet pass 'The Crysis Test'?