First look at the device nobody expected to see

At this week's Consumer Electronics Show (CES), Nvidia surprised everyone by unveiling its own gaming device to showcase its new Tegra 4 chipset.

We managed to get a hands-on demonstration with Nvidia's new Android-based handheld console, Project Shield. Get the skinny on it below.

Jason Paul, director of GeForce Gaming (GeForce is a brand of GPUs designed by Nvidia), was, unsurprisingly, quite keen to show off the power of Project Shield during my hands-on time with it. Oh, and to assure me it's very much a real product.

In fact, Paul confirmed that Project Shield will be ready to go into full-scale production sometime in Q2 2013... at least, in the US and Canada. 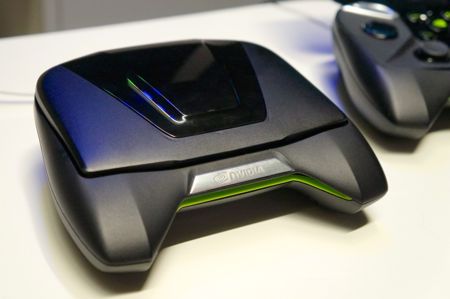 According to Paul, Project Shield has been in development for around a year, although the technology inside it has been worked on for nearer five years.

With pundits and commenters on the web divided about the size and feel of Project Shield - which Nvidia now admits may become its final name after the moniker appears to have stuck - I have to say that it does feel good in the hand even if it does look like an oversized gamepad.

Why is it so large, though?

For one thing, its girth should make it feel nicer in the hand. For another, it means Nvidia's engineers will be able to fit a decent-sized battery (to offer gaming times of 5-6 hours) and the 5-inch 1280x720 display into Project Shield. 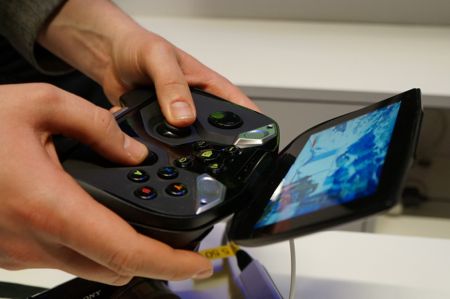 On the whole, Project Shield doesn't feel too heavy or cumbersome. Furthermore, its screen is widely adjustable, and it offers up impressive sound with a real bass kick. Even in a noisy meeting room on the show floor of CES, the sound from Project Shield wasn't drowned out. The power of the Tegra 4 processor is abundantly clear the minute you load up titles such as Hawken or Dead Trigger 2. And because there's support for the back catalogue of Tegra 2- and Tegra 3-optimised software with Project Shield, there are loads more games available straight away (even if some will need to be updated to work with the gamepad). This makes Project Shield an enticing prospect even before you start to play around with the game streaming service from your home PC (which will require a compatible Nvidia graphics card and a reliable home network to operate). Before you ask, Nvidia isn't prepared to name a price for the device yet. That could very quickly change opinions. 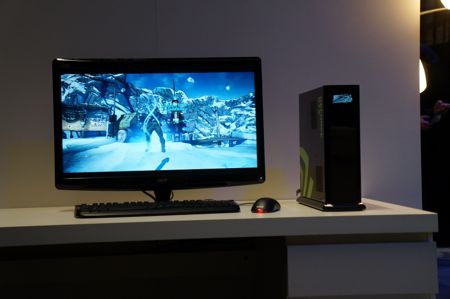 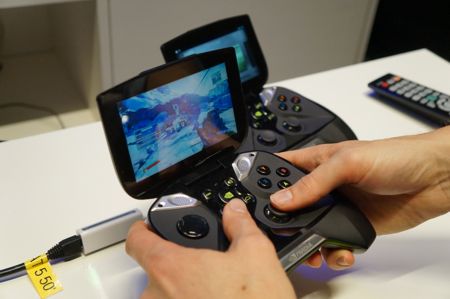 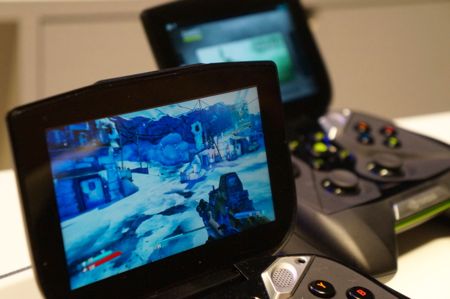 Nvidia will be making some tweaks to the buttons on Project Shield, in particular to the bumpers, but the overall dimensions and specifications will remain the same. Reference devices will be issued to developers pre-release, of course, with other hardware manufacturers free to make similar devices using Tegra 4 if they so wish. Project Shield will be a wi-fi-only device, so, nope, no 3G or 4G connectivity, I'm afraid. This is primarily because streaming cloud-based games to the device over a mobile data connection would make for a "terrible" experience, Paul states. For now, Project Shield will run games stored locally on the device, or streamed from a PC over an existing home network. 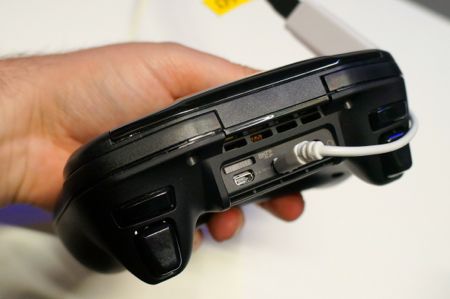 It's easy to be cynical about such hardware, especially when so many people have tried third-party solutions and failed miserably. Nvidia deserves a great deal of credit for what it has come up with, however, and the performance of Project Shield is in a totally different league from the performance of Sony Ericsson's Xperia Play. Project Shield has all the ingredients to be a success, with Sony and others likely to be watching extremely closely to see what happens. As a footnote, Nvidia has actually designed Project Shield to be customisable. To that end, the chip specialist has included a removable tab at the top of the device so that owners can personalise their device with a range of differently coloured 'shields'. Nvidia hopes that third parties will join in with custom designs of their own. 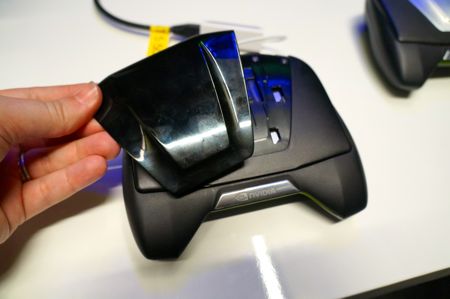 No, I didn't break the prototype! Project Shield is designed to be customised