Full HD is the order of the day

Another CES, another flagship for Sony. Last year saw the announcement of the Xperia S, with a class-leading 342 ppi (pixels per inch) screen.

I'm not sure such a screen is really necessary given that human eyes might take a few million years to evolve to the point where you'll start to notice the pixels, but it's the way the market is going whether we like it or not. 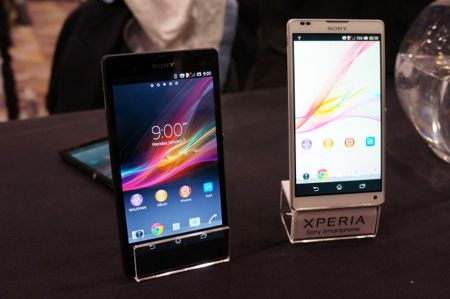 Many televisions of 22 inches or fewer don't even have full-HD panels, but that isn't stopping other phone manufacturers getting in on the act, including Huawei, HTC, and ZTE. Samsung and LG are sure to follow in due course. Still, it's something to impress your mates with.

There's a more serious issue with such high-resolution displays - namely that the extra pixels need more GPU power (and therefore battery) for what could be little obvious gain. A full test of the performance will have to wait until review units are released, and there's always a chance that there won't be any significant impact.

Whether you think the phone needs a full-HD screen or not, you won't fail to be impressed with the visual quality of the LCD screen.

It's exceptionally bright and vivid, with a level of colour accuracy that you won't find on rival devices using OLED technology. This is thanks to Sony's Mobile Bravia Engine V2, which dynamically adjusts settings in real time to improve both still and moving images. 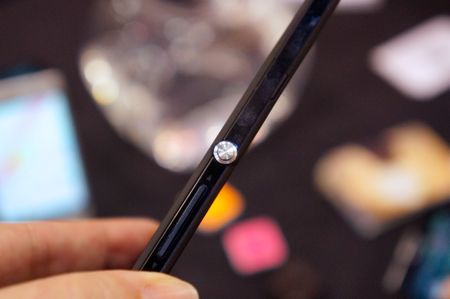 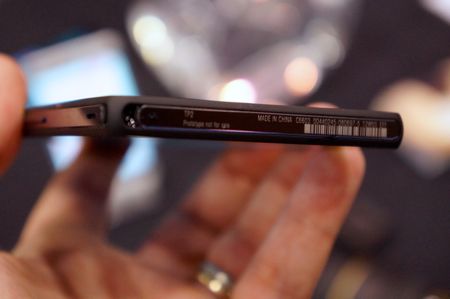 The Xperia Z looks very much like other Sony devices, including its televisions, with straight edges that set the phone apart from just about every other smartphone with curved edges on sale today. It's not a look that everyone will like, but a large silver 'power' button on the side adds some character.

Unlike some other handsets that have a minimal level of water resistance, the Xperia Z gains full protection from dust and water (you can submerge it for up to 30 seconds) and it does this by having all of the ports around the phone edges covered. Of course, this will result in some fiddling around to charge or connect your headphones. 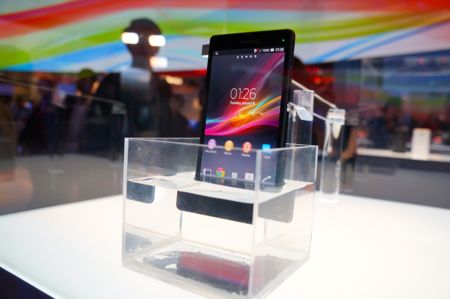 Dunk test: Don't be afraid to give the phone a wash to remove those fingerprints

The use of glass (even Corning Gorilla Glass) on the back raises questions about how well it will cope with bumps and scrapes, joining the Nexus 4 and iPhone 4 / 4S as a device you'll have to treat with a little more care - or buy a case for.

It seems rather odd that it's safer to drop this electronic device in the bath than on the floor. The glass back is also a magnet for fingermarks, although if you buy this phone then it probably won't get quite as much attention as it currently is on the show floor at the world's largest consumer electronics show. 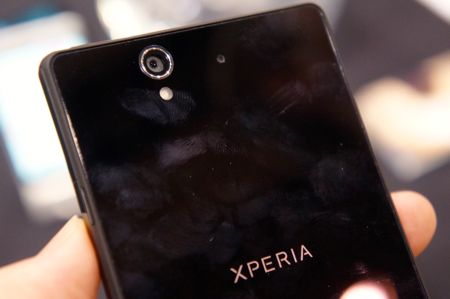 The rear cover is made of glass, attracting fingermarks and raising fears of potential damage from bumps and scrapes

There's some good news for people who aren't won over by the design of the Xperia Z but still like the specifications. Sony has also made a variant in the form of the Xperia ZL, which might be a better choice for some users - even though it's neither dust nor water proofed.

It's not entirely clear if the ZL is coming to the UK yet, but aside from a slightly different look (and a thicker case to fit in a slightly larger capacity battery) the two models are - in terms of specifications - pretty much identical. 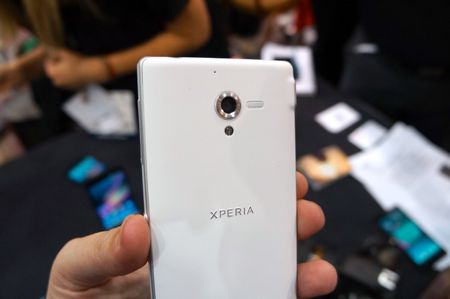 Another look: The Xperia ZL, with a more traditional rear cover

On the back of both phones is a 13-megapixel camera using Sony's new Exmor RS image sensor that includes native HDR support. Each also captures full 1080p video, and includes a LED flash. Only the ZL gets a dedicated 'camera' button, though, which might be another thing to steer you towards the ZL over the Z.

Out of the box, the Xperia Z (and ZL) will ship with Android 4.1.2, but an update to 4.2 is promised shortly after it goes on sale later this year.

Besides Sony's own launcher, the phone maintains the general trend on Sony Xperia models to keep customisation to a minimum. There's the suite of Sony applications (Walkman, Music Unlimited, and Video Unlimited, etc.) and, of course, PlayStation Mobile set up to work right out of the box. 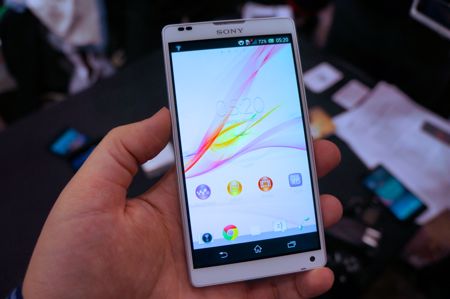 Even if you can't see the extra pixels, you'll fully appreciate the Bravia Engine doing its thing (pictured: Xperia ZL)

For gaming, even with the larger-resolution screen, the Xperia Z should achieve some impressive performance thanks to the Qualcomm S4 Pro quad-core processor and Adreno 320 GPU - Qualcomm's most powerful chipset currently on the market.

The S4 Pro chipset includes support for LTE (so expect to see the Xperia Z on EE in the coming months, as well as on all the other UK operators) and it also has dual-band wi-fi, each helping to speed up the downloads of those 1GB+ game data packs.

Early reports suggest the phone may retail SIM-free for just over £500, which - thanks to Google's Nexus 4 retailing at under £300 - might seem rather expensive these days. However, Sony is probably not too worried about keeping the price high as this is just the first of a number of new devices it will be unveiling in 2013.

Got any questions about these two new blowers? Ask us in the comments section below.
SEE COMMENTS

Devil's Attorney, Bad Piggies HD, and Trainyard are the top-reviewed Android games of 2012