Ouya to hit UK stores in March, priced at £99

3D version in the works

Ouya, the Android-powered home console, should be available to UK customers from March. That's one month earlier than previously expected.

In actual fact, there are already some developer versions of the Kickstarter success story out in the wild, with anyone pledging $699 or more added to an exclusive pre-order list.

These developer consoles began shipping late last year. Some early adopters have even posted footage of the Ouya in action.

This period of exclusivity will be a little shorter than initially, expected, however.

Apparently, thanks to a surplus of stock, the console developer - which was able to raise an impressive $8.6 million from 63,416 backers - will start shipping Ouya units in March.

According to Pocket Lint's source, the Ouya console and controller will retail for £99. We have to admit, that does smart a little, especially given the $99 RRP set for US customers. 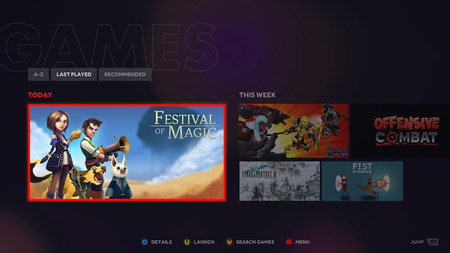 Interestingly, it seems that only Amazon.com will be selling Ouya consoles when the product goes on full release Stateside. There's no word on whether Amazon.co.uk has wrangled similar exclusivity rights.

The same source which revealed the UK pricing has also claimed the that some of the enormous Kickstarter fund is will be spent on building 3D Ouya units, which will be compatible with 3DTVs.

Have you been swayed by the latest Ouya footage? Is £99 a fair price? And how will it stand up against the recently funded rival Android console, the GameStick? Let us know, in that there box below.