Codex: The Warrior could be the first Tegra 4-powered game to hit Android

The first Tegra 4-powered game to hit the market could be Korean Infinity Blade-alike Codex: The Warrior.

With CES 2013 in full swing, all eyes are on the unveiling of Nvidia's next-gen Tegra 4 chip.

Though the chip manufacturer has already used footage of upcoming FPS sequel Dead Trigger 2 to show off the Tegra 4's visual clout, some screenshots surfaced last week that appear to show another game running on Nvidia's new processor. 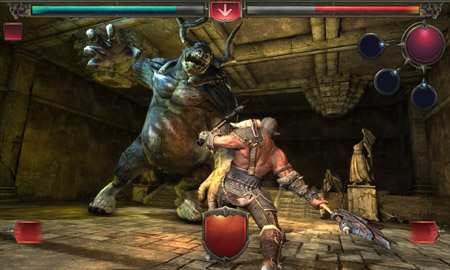 Screenshots of Codex: The Warrior surfaced alongside text including the code name "Nvidia Wayne", which is widely acknowledged to be the working title of Nvidia's Tegra 4 chipset.

According to design director Maeng Jae-Hyuck, Codex: The Warrior is the first game of a planned series.

Once the warrior chapter has been released, additional instalments focusing on sorcerer, assassin, and paladin classes will follow.

Though the game is expected to run on Tegra 4 devices, rumours suggest that Tegra 3 support will follow shortly afterwards.

According to the Codex: The Warrior's Facebook page, Devclan Inc. will launch the game on Android sometime in March.