Hundreds - the new ultra-minimalist puzzle game from Semi Secret Software - is not just about blowing bubbles and counting to 100.

Every now and again, you'll come across a secret message. Maybe it's a weird riddle, a series of alien glyphs, or an encoded transmission.

We thought you might appreciate some help in trying to figure these things out.

So, as we and other wily cryptoanalysts from around the web start to crack these codes, we'll reveal the answers in this here article. Sound good?

Thanks to Kamikaze28 at the Touch Arcade forums for help with some of the ciphers.

How to solve the ciphers 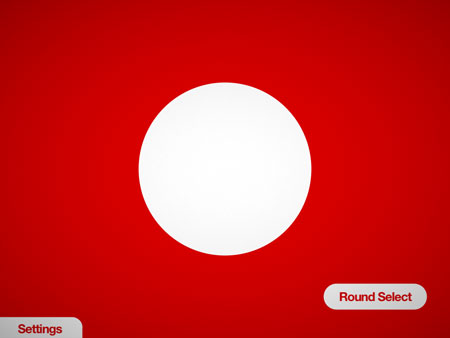 Once you've unlocked your first secret message (by completing Round 3), you can tap on the big old circle in the game's main menu to gain access to your collection of conundrums.

Every time you get one right, you'll earn a Game Center achievement.

Message 1 - Unlocked after completing Round 3 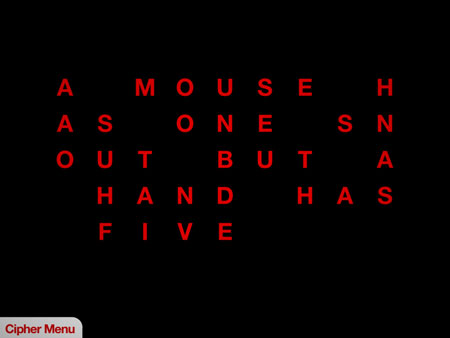 This one is a weird little riddle. It reads, "A mouse has one snout but a hand has five."

All you need to do is tap the screen with all five fingers to complete the puzzle.

Just a note: you may need to disable 'Multitasking Gestures' (in the 'General' section of 'Settings') if you're playing on an iPad.

Message 2 - Unlocked after completing Round 11 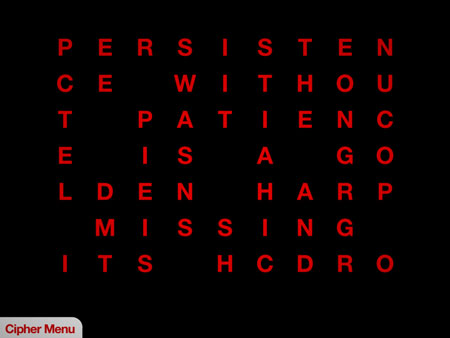 Message 2 contains a jumbled mishmash of letters. You can drag them around the screen at your leisure to make different words.

The goal is to spell out "Persistence without patience is a golden harp missing its chord."

However, you will probably find that this task is extremely hard - if not impossible - as the letters keep jumping around the screen on every move.

It seems like when you complete Message 3, the letters in Message 2 stop jumping and you'll be able to finish the puzzle with ease. So, wait a while and come back later.

Message 3 - Unlocked after completing Round 24 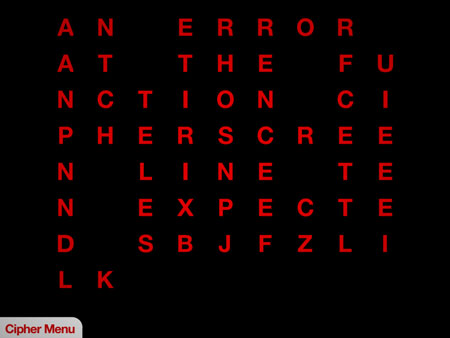 In this puzzle, you're presented with an incomprehensible series of made-up words.

In fact, it's something called a Caesar cipher (one of the simplest encryption techniques about).

All you have to do is substitute each letter with one further down the alphabet. A set number of positions down, mind.

So, tap on each letter to open up the letter reel, and pick the letter three places down in each instance.

Do it correctly and the message will spell out the following phrase: "An error at the function cipherscreen line ten expected semicolon."

Message 4 - Unlocked after completing Round 31 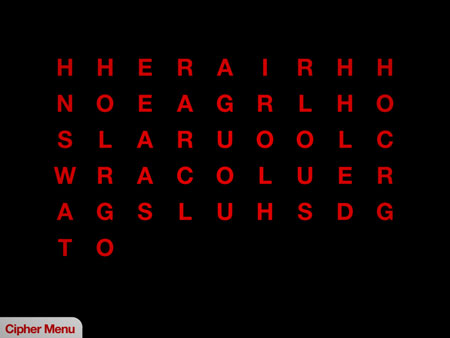 This one is a transposition cipher, which means all the correct letters are there, but just jumbled up in a nonsense order.

To solve this one, you'll need to write the message into a table with four columns. Read it from top to bottom, and left to right, and you get the following message:

"Hahaha or laughing or laughter or success or Hello World."

Use the letter wheels to input that message, and solve the cipher.

Message 5 - Unlocked after completing Round 45 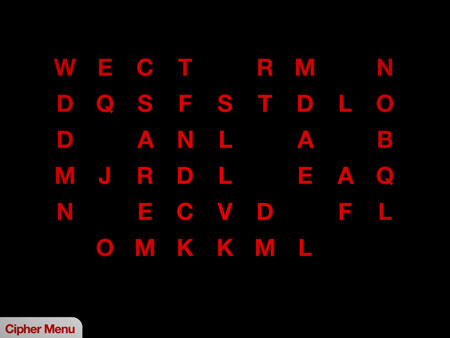 Message 5 is a substitution cipher, which means each letter needs to be replaced with another.

You should start with the short, easy-to-guess words. The 'C' floating on its own is obviously the letter 'A', so you can now replace every 'C' with an 'A'.

Still stuck? The cipher alphabet is the word "CHORD", and then every other letter in alphabetical order. Like so:

Change all the letters around and you'll get the message: "What do persistence and a golden harp have in common."

Thus, you have completed the puzzle.

Message 6 - Unlocked after completing Round 59

Solution: "Being part of a bad riddle that nobody cares about."

Message 7 - Unlocked after completing Round 62

Another substitution cipher. This one uses an image in the Hundreds press kit and the achievement icons for previous ciphers.

Solution: "You should be thanking me for overwriting three through nine."

Message 8 - Unlocked after completing Round 76

A pigpen cipher, which involves arranging each group of glyphs into a pattern of lines, and filling these patterns with the alphabet.

Solution: "I saved you from all their metaphors and hints."

Message 9 - Unlocked after completing Round 85

This message needs to be decrypted in two steps. Firstly, by decoding the same glyphs as Message 7. Then, with a substitution cipher.

Solution: "You were not going to unlock the secret power anyway."

Message 10 - Unlocked after completing Round 93

Clues for this one come from achievement icons, and by looking at the glyphs themselves. The answer is the first few digits of pi, written out in full. 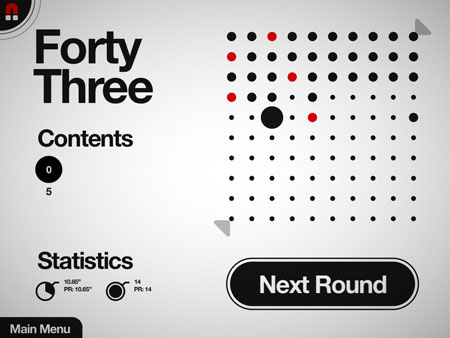 You will unlock a magnet that lets you pull circles wherever you please.

You don't need to solve any ciphers to get this power, by the way. Anyone can input the code and unlock the magnet. Enjoy!