It's an ultra-hardcore, mech-based strategy game from Japan, and its core conceit is centred on programming your bots to maximise their potential on the battlefield using a flow-diagram combat system.

Yeah. It's something else.

However, I find niche games - such as this - massively fascinating, and since Natsume is bringing the game to the West, I thought it a perfect time to speak with the game's Director - Masaki Iizuka of Artdink - about the title.

Iizuka handled the original release and is overseeing its release in The States. So who better to talk to about making niche games, localization issues, and to gain further insight into the combat system and tone of the game?

Plus he tells us why his work isn't for kids, shares his hopes for the series going forward, and has a very interesting take on the differences between American and Japanese gamers. 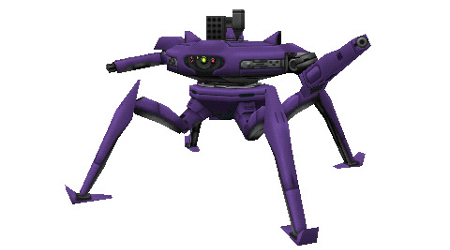 Pocket Gamer: For those not familiar with the Carnage Heart franchise, could you explain exactly what it is?

Masaki Iizuka: The Carnage Heart series revolves around programming robots. Carnage Heart EXA is the sixth title in the series in Japan. With the series continuing to evolve, elements of the game have changed, but the core of the series hasn't.

The biggest difference in Carnage Heart EXA compared to the rest of the series is that players can control the robots they program. Which ultimately wins? An autopiloted robot, or a robot controlled by human? This is the theme for Carnage Heart EXA.

There's a very unique combat system at the core of Carnage Heart EXA, centered on programming. Can you tell us a bit more about it?

Carnage Heart is not the first game to offer the fun of programming robots. Before Carnage Heart, Artdink released The Earth Self Defense Force (or Chikyuu Boueigun - Ed) where players program spaceships to battle aliens. Carnage Heart was an offshoot of this series. I used to be a programmer, and I didn't feel the game was that challenging, but fun. So I applied the idea of programming to the game.

I believed the game would be well received even without the knowledge of programming if the gameplay was fun. As the series continued on, there was a point where I thought otherwise, though. As a matter of fact, the reviews from players are polarized.

However, there are players who learned the joy of programming by playing Carnage Heart, and actually became professional programmers later in their life. Carnage Heart might not have mass appeal, but it definitely has a special place in certain gamer's hearts. 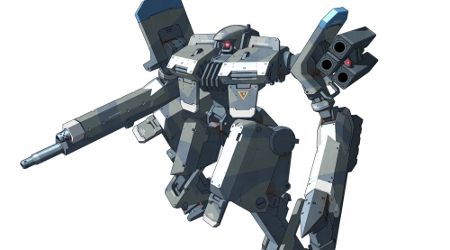 The ship designs also go beyond the remit of what we normally assume will be in a "mech" game, with a lot of style influences from more traditional role playing games in there, for what are essentially walking tanks. Why has the series gone in this direction?

In Carnage Heart, the robots are categorized into Two-Legged Type, Multi-Legged Type, Vehicle Type, Hover Type, and Flying Type. You design a robot to have a battle with others. One of the fun things in this game is that two different types of robots can battle each other.

There are a variety of characteristics you can choose when designing your robot. The robot design has been done by Kow Yokoyama in the series. But for Carnage Heart EXA, we had Hideyuki Matsumoto on board with us to create new robot designs.

Kow Yokoyama's expertise is designing unique robots. His creation, 'Maschinen Krieger', is critically acclaimed in the garage kit model world. When I was a little kid and playing with plastic models, I was always fond of the cool robot 'Maschinen Krieger'. I couldn't think of anyone else but Kow Yokoyama to join me in designing robots for the first Carnage Heart.

The robots in Carnage Heart EXA are designed by Hideyuki Matsumoto to add in a new feel. He has a great deal of experience designing mechs in robot games and has successfully incorporated interesting robot designs to match the world of Carnage Heart.

This version of the game has been out quite some time already in Japan, have there been any tweaks for a Western audience?

There's not really anything that's been changed. In Carnage Heart EXA, players can design and export robot data and we are planning to have compatibility in robot data between North America and Japan. In order not to cause any advantage or disadvantage, I made sure that all the specs stay the same for the North American version.

What has the translation process been like? Has voice acting also been given the English treatment?

Localization for the North American market is coming along. The translation is being taken care of by Natsume. I've heard that the translation was challenging due to all the jargon used in the game. English VO was not added to the game. We decided to leave the Japanese VO and mute it by default instead. 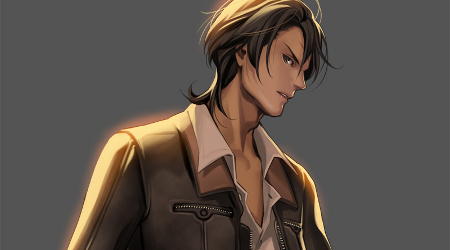 As a whole, the series has been noted by some publications for being too challenging, perhaps even obtuse. How do you respond to that criticism, and do you like making tough games?

The media is not wrong about this series having a high bar. I'm well aware that it isn't a great fit for younger players due to the nature of programming. However, those who do understand the joy of programming give high marks to this game. So I directed the team to create a user-friendly and easily comprehensible tutorial.

I hear that gamers in North America tend to like challenging games even more than those in Japan, so I really hope that many North American players enjoy this game.

Are you worried you've "missed the boat" in terms of sales, with people now upgrading to Vita, or is the Vita not yet a viable platform for a large commercial success?

When Carnage Heart EXA was released in Japan, it was long before the Vita. So, back then, we didn't have an option to develop it for Vita. It would have been better if the game had been able to make it to North America earlier, but for a niche title like this I'm thankful even to be given an opportunity to release it in North America.

And finally, what's next for the Carnage Heart series? Are there plans for another, or are you focusing on other projects?

I, as well as my company, would like the Carnage Heart series to be as popular as ever for many years to come. Currently, the development team isn't working on the next Carnage Heart, but we all hope that it'll find a second wind when it's released in North America.

Carnage Heart EXA will be available on the US PlayStation Network in 2013, so stick with Pocket Gamer for the full review later this year.