10 of the rest: SolForge, Parashoot Stan, Penny Arcade The Game, Ronin, and more

The iOS and Android games we almost missed

Welcome to "10 of the rest", Pocket Gamer's round-up of all the new iPhone, iPad, and Android games that we didn't find time to cover this week.

Hundreds of new games hit the App Store and Google Play every day, so we can never write about everything. Instead, we pick and choose the most interesting and noteworthy apps.

To make sure no one is left out, though, we like to chuck all the 'leftover' new games in this here article.

Have a read, and do let us know if we should have devoted more coverage to any of the games on this list.

Tag's Car Jack Streets was one of the first GTA-style games on iOS, and tided us over nicely until games like Grand Theft Auto: Chinatown Wars and Gangstar hit the App Store.

If you've still got a soft spot for the original, though, here it is again, all dolled up for the latest and greatest iOS devices.

An endless-jouster, where you ride through randomly generated landscapes, and stab evil knights, dragons, skeletons, spiders, and bats with your lance. You'll also need to jump over and dodge obstacles to survive. 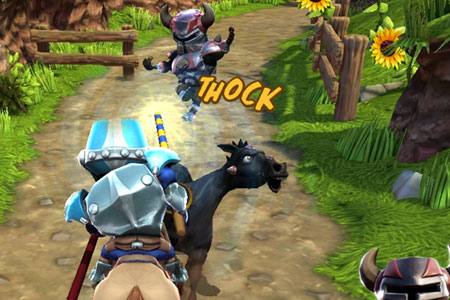 Parashoot Stan
By Funbag Games - buy on iPhone and iPad

Parashoot Stan is the first app from Chris Seavor, an ex-Rare developer and project lead on the much-loved Conker games.

There are no alcoholic squirrels or talking poos here, though: just a gorgeous endless-falling game about a brave paratrooper and the evil Baron Bully. 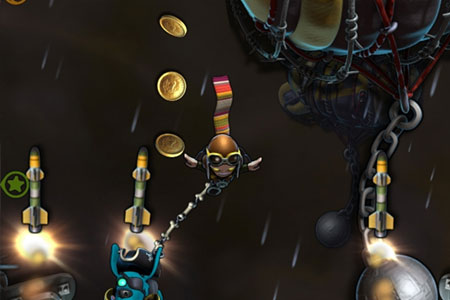 It's the '90s FPS that was even more offensive than Duke Nukem.

The game that straddled the line between parody and all-out racism.

The game with a main character called Lo Wang.

If you fondly remember this crass shooter, you can relive those sordid memories in this iOS port.

Subscribe to Pocket Gamer on
Penny Arcade The Game: Gamers vs. Evil
By Playdek - buy on iPhone and iPad

Last year, web comic empire Penny Arcade put out its very own card game, featuring characters and references from the strip. This well-respected deck builder is now available on iOS, complete with both asynchronous online and pass-the-handset multiplayer.

You'll need to be a card-carrying Penny Arcade super-fan to understand half the jokes, mind. 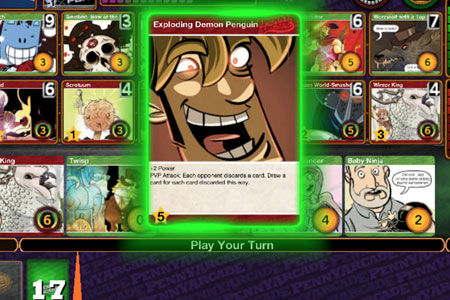 UberStrike
By Cmune - download free on Pad or Android

We can appreciate the ambition of free-to-play blaster UberStrike. It's a fast-paced, cross-platform FPS, which lets you go toe-to-toe with an Android owner or a PC gamer.

But, hang on, that doesn't sound like the most level playing field.

Battling against someone with a keyboard and mouse, or more cash to spend on credits, is always going to lead to an unfair fight. 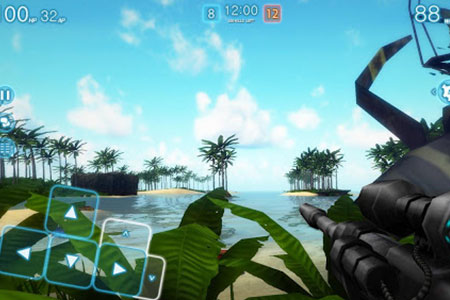 The bafflingly popular Super Mega Worm is back, with a second (!) seasonal spin-off.

This time, you're deep inside Santa's workshop, where you'll cause chaos as you munch on elves, gobble down reindeer, and defeat mecha Santa. This mechanised St Nick's got more powers than before, apparently. 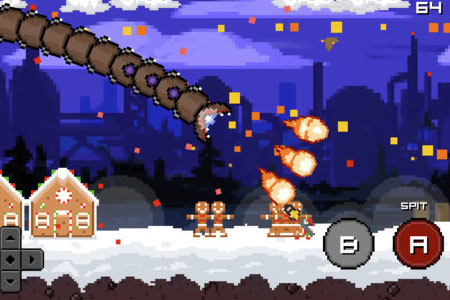 SolForge isn't really a game. It's more of a demo that serves as a preview for an upcoming card game from the creator of Ascension and Magic: The Gathering 2013.

Apparently, it's going to "redefine the genre". Big words, but early previews from card game aficionados are very positive.

Give it a spin and let us know if you like it. 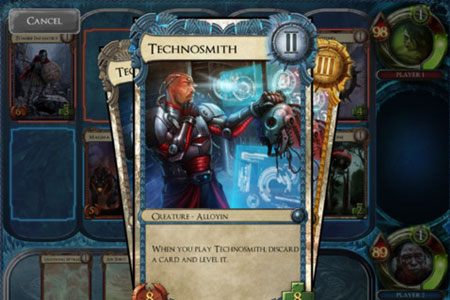 Previously exclusive to personal computers, this much-admired hardcore restaurant sim is now available on iPad (2 and up).

Since you manage an up-and-coming bistro, you'll have to take care of everything.

Not only will you prepare each dish - with a nifty touch-based interface - but you'll also repair broken-down machines and clean out the toilets. Just remember to wash your hands, bro. 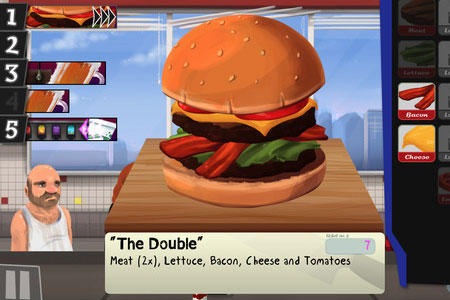 Ronin
By Bulwark Studios - buy on iPhone and iPad

We're a tad blasé about auto-runners at this point, but Ronin's fantastic art style and thorny difficulty level make it worth checking out.

You're a sword-wielding samurai, and you need to leap over peasants, slash up enemies, and slide beneath archers' arrows.

It's got a great sense of style and lots of content. Take a look at this one. 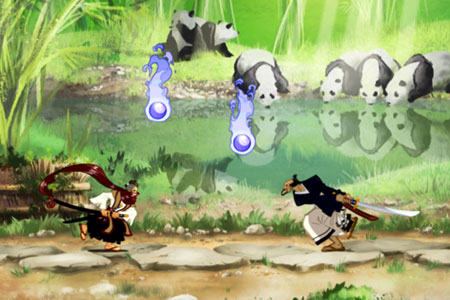 10 of the rest: Zen Training, Vectros, Rocket Island, and more

10 of the rest: Death Golf, Dungelot, Wake the Cat, and more