Guess the price for Final Fantasy IV, which hits iPhone and iPad at midnight

As promised, Square Enix will release its classic RPG Final Fantasy IV on the App Store at about midnight tonight. And, as ever, it's going to be expensive.

The Japanese-only SNES original introduced the Active Time Battle system, which has since become a Final Fantasy mainstay. And the new Augment system let you transfer abilities between characters.

This iOS version is actually based on the Nintendo DS remake, so expect cute 3D graphics and voice acting in some key story scenes. 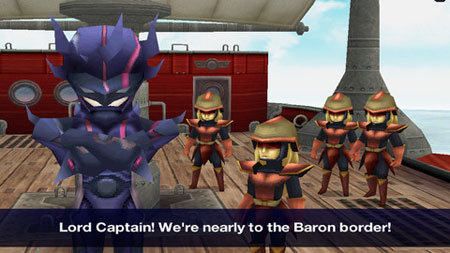 Specially for this mobile edition, Squeenix has made a few tweaks and added some features.

The game's difficulty has been modified to accommodate RPG greenhorns, and there are achievements to collect via Game Center.

Final Fantasy IV is available right now in New Zealand, which means it will hit the App Store at about midnight in the US and UK. An Android version is planned for next year.