The year is 20XX, and it's been 25 years since Mega Man first appeared on the Japanese Famicom, and inspired us to smash our controllers into tiny smithereens in a blind, seething rage.

In the past quarter century, he's appeared in almost 100 different incarnations, including platformers, racers, soccer sims, remakes, reboots, and RPGs.

He's been through more wardrobe changes than Lady Gaga, and killed off more robots than Asimov. And he's not stopping yet: Capcom told fans that more Mega Man games are on the horizon.

But, for now, let's look back and pick out the very best handheld games that feature Rockman and his ever-expanding band of robotic pals. 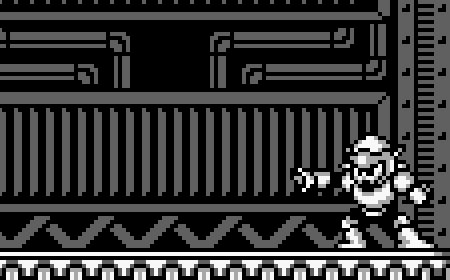 Playing through Mega Man's first four handheld adventures was a bit like having déjà vu in monochrome. That's because they all recycled the robot masters from the NES classics, but squished them down onto the Game Boy's greenish screen.

Mega Man V finally bucked that trend, instead offering up a fresh batch of baddies called Stardroids. These were 'bots named after the planets of the Solar System (including Pluto, because it was 1994 and the icy rock was still part of the big boys' 'gang'.)

The Blue Bomber's trademark cannon doesn't work on these extraterrestrial foes, so he's outfitted with something called a Mega Arm that lets him fire his entire fist and punch dudes from across the room. Rad.

This underappreciated PSP gem basically set the gold standard for remakes. Not content with giving you a stone-cold classic NES game on the go, Capcom completely re-imagined the graphics, and added heaps of fresh content.

For one, you got to play as the Robot Masters, giving the game the largest cast of playable characters in Mega Man history. It also introduced new boss characters (Oil Man and Time Man), and added 100 addictive challenges.

Oh, and there was even a level editor. In this Dr-Wily-Eat-Your-Heart-Out mode, you could share your custom-built stages online. This allowed Capcom to keep sending new stages long after the game hit shop shelves. Even though no one bought it. 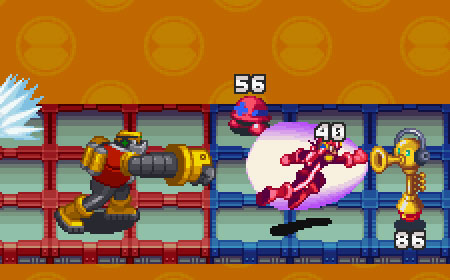 Mega Man has gone through more reboots than a Windows ME computer, but Megaman.EXE - an anthropomorphic firewall who fights viruses, glitches, and hackers in turn-based battles - is his most bizarre transformation yet.

But, it sure worked out for the guy. He's had six games and numerous spin-offs, with each one adding ever-more complicated elements to the battle system, and the convoluted storyline descending further into unintelligible Lost-like nonsense.

The best is arguably Battle Network 3 (itself split up, Pokemon style, into Blue and White versions). It retains the purity of the earlier games, but contains just enough new mechanics to make it a deep, enjoyable strategy game. Even if the story is total gibberish.

This edition also embraces a devilishly clever system where you can exploit bugs and glitches in the game's systems to bend the rules to your own end. Naughty. 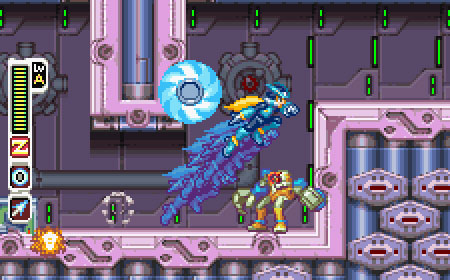 If you thought the Blue Bomber was cool, you should see Zero. This guy - with his flame-red suit and lightsaber-like laser sword - makes Mega Man look like Tron Guy.

You've got a slick run-and-gun setup - with wall jumps and sword swipes - supported by some clever systems. Like the cyber elves, who let Zero hire helper bots to assist him in combat. Or Cyberspace, a Matrix-esque parallel universe where viruses from the Battle Network franchise infect your game.

Zero 3 might feel a little samey to die-hard Mega Man fans who slogged through its rock-hard predecessors. But, this game's more forgiving difficulty curve meant it was warmly received by those who gave up on Zeros 1 and 2. 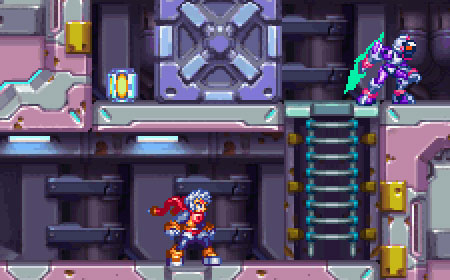 In ZX, Mega Man pivoted from one flavour of retro gameplay (rock-hard run-and-gun platforming) to another (Metroidvania). That meant large interconnected worlds, with side-missions and collectible knick-knacks.

With sequel ZX Advent, Inti Creates simplified the idea a little - it added more linear levels to the mix - but it improved the formula no end with a more reliable map. Oh, and the game featured double the number of transformations of its immediate predecessor.

The game's set 200 years after the Mega Man X series, but you can still expect the same convoluted story to go on. A trio of robots named after the franchise's iconic Doctors Wily, Light, and Cossack is just one hat tip to longtime fans.

Sponsored Feature: RedFish on how it hopes The Slots will reel people in