Flapping into cinemas in 2016

"John's an exceptionally talented producer, and we're delighted to have him join the flock," Mikael Hed, Rovio's CEO, said.

"With John's hands-on producer background and David's expertise in establishing and running his own successful studio, these two are the dream team for making a movie outside the studio system.

"Both professionals have the ideal skills and vision to achieve incredible things."

Cohen has worked on plenty of successful animated features over the course of his career, including Ice Age, Ice Age: The Meltdown, Robots, and Dr. Seuss' Horton Hears a Who.

Basically, Rovio's IP should be in good hands. 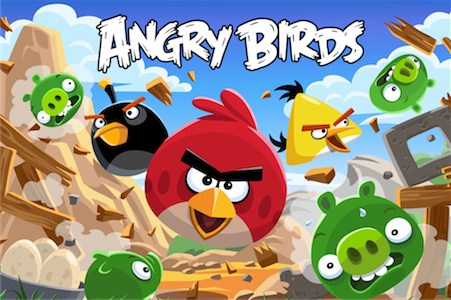 "I'm so excited and honoured to be working on this film with Mikael, David, and Rovio's incredibly talented game developers and artists," Cohen said.

"From both an entertainment and strategic perspective, Rovio is at the forefront of game innovation and is trailblazing terrific new ways for Angry Birds fans to interact with these characters."

"I've personally spent countless hours playing the Angry Birds games over the last few years, which I can now happily justify as research for the movie."

Expect Rovio's first feature film to hit cinemas around the world sometime in 2016.