Well, we have more: you can grab both of these popular physics-puzzlers for just 79p / 99c each. What a bargain. 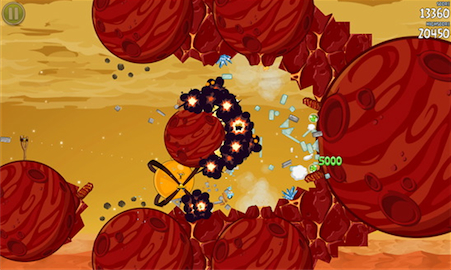 Angry Birds Space [buy] features 130 anti-gravity levels that are set in the far reaches of a pig-controlled universe. There are plenty of hidden stages to unlock as you play, and even more levels are expected in free updates.

Angry Birds Star Wars [buy], on the other hand, is set - as you can probably imagine - in George Lucas's faraway galaxy. It contains 80 levels (spread across locations such as Tatooine), and lightsaber-wielding birds.

Unfortunately, neither of these titles features support for Microsoft's Xbox Live gaming network.

Theatrhythm Final Fantasy could be destined for iOS, Android, and Windows Phone