Is Windows the worst for indies? We find out...

Updated on December 11th, at 15:40: Since this story went live, Microsoft got in touch with developer Rubicon and put Great Big War Game in its spotlight on new releases in the Windows Store, and in the noteworthy games category.

As such, the game is now riding up the top paid games chart, sitting comfortably within the top 10.

The issue boiled down to GBWG being an RT-only game, with Microsoft only (generally) promoting apps that work across the whole Windows 8 spectrum.

"When Microsoft got back in touch with us, it did explain that there is some discretion about what it could do locally on RT," Johnson told our sister site PocketGamer.biz.

We asked Rubicon owner Paul Johnson to put that into context for us.

The comparison is a tad unfair because Windows RT is a new platform, with a much smaller userbase than iOS's or Android's.

"Having said that, the difference does speak for itself - and after all the other two's stores weren't empty at the time, either," Johnson added.

"If that rate is sustained, it will take just under two years before we recoup the [£10,000] salary paid to the guy who did the port." 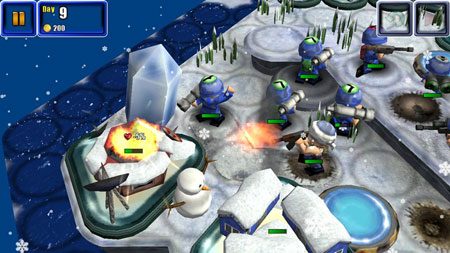 In a blog post on the subject, the Rubicon owner also hit out againt Microsoft for refusing to give the game any promotion.

The decision makers over at the Redmond-based software giant "confirmed they will not give us any promotional features or help us with visibility in any way," Johnson said. This is because of "bizarre admin reasons".

Both Apple and Google have featured Rubicon's games on their respective app stores. Even RIM gave the developer some visibility on BlackBerry.

Rubicon says it will no longer support Windows RT on account of the piddling revenue and the marketing snub.

"If other developers get this treatment, that store is going to look mighty bleak for a long time to come."

On the other hand

We wanted to find out if this was something that other developers had experienced after launching games on Microsoft's nascent platform.

10tons is an indie developer behind titles like Joining Hands and King Oddball. It put a number of its iOS and Android games on the Windows Store in preparation for the launch of Windows 8 and Microsoft Surface.

Jaakko Maaniemi, the PR co-ordinator at 10tons, revealed that sales on Windows are "not as high as on iOS or Android", but says "we feel that's expected as it's still very early days."

Maaniemi attributes the reduced revenue to having fewer of its games available on the Windows Store, and to not having "a trial version of any of our games" listed there. 10tons says it will use Microsoft's API to address that latter issue. 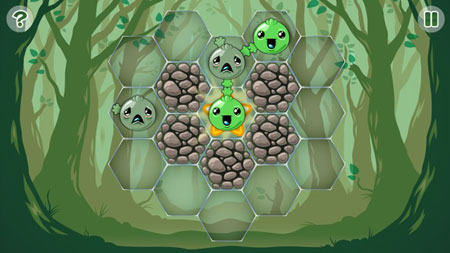 Plus, Maaniemi commends the "data and visualisations on Windows Store", but says "Microsoft doesn't apparently reveal how many downloads have gone to Windows RT devices and how many to x86 computers."

For those reasons, 10tons will stick with Microsoft's fledgling app store, even if "sales aren't sky high". Maaniemi reckons "the app sales should grow as the install base grows."

Rubicon owner Paul Johnson has subsequently updated the abovementioned blog post and removed all the "juicy bits". According to Johnson, the post has had a "very positive effect" and "Microsoft have graciously decided [to] work with us to iron out the problems and get us past this incident".