We reviewed Autumn Dynasty back in May and remarked that it is "A feature-packed RTS that's smart, intuitive, and has the gameplay chops to back up its gorgeous looks."

However, there were a few niggles, including punishingly long levels. The developer has dropped us a line to let us know that it's taking steps to resolve this issue via a forthcoming update. 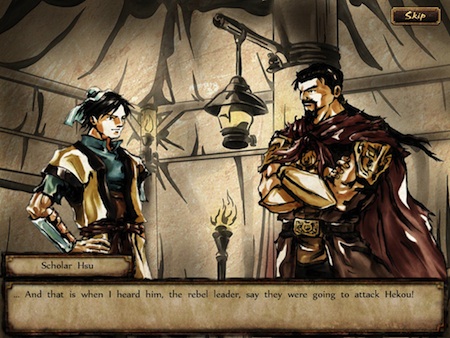 The headline addition to Autumn Dynasty, though, will be iPhone support, which has necessitated a complete revamp of the control system.

"We've redesigned the user interface from the ground up to accommodate smaller screens," Lew says.

Given that the game's intuitive control system was one of its strengths, that's quite a brave move.

"The interface redesign has been a bit of a challenge," Lew admits, "but we really hope it works."

Fans of the game's multiplayer mode needn't worry that this tinkering will spoil the balance - the team has apparently kept things "similar to the original for multiplayer".

Still, you can look forward to pitching your tactical skills against a whole new roster of iPhone-owning competitors, as cross-platform play is supported. That's got to be a good thing.