Survival of the fittest

The original game was made by Jasper Byrne and was previously exclusive to PC and Mac. Now, it's on its way to PS3 and, more importantly, Vita.

"It's been a dream of mine since childhood to release a game on console," Byrne wrote on his blog. "Lone Survivor was designed as a console game (in my head, anyway.)"

The game is described as a psychological adventure, where a starving and exhausted survivor has got to escape from a city ravaged by disease. 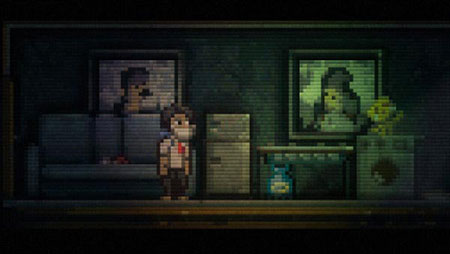 It's all about making choices. You can sneak through the city without firing a single shot, or go a bit Rambo and kill everything in your path. You can eat and sleep, or resort to drugs to stay awake.

Your decision will open new paths and make variations in the story.

The Vita version is to be re-coded from scratch by Curve (who is also working on Fluidity: Spin Cycle for 3DS), and will be "super-smooth running" and translated into French and German.

We'll let you know more about Lone Survivor's handheld debut when we get it.