Peter Molyneux: 'I'm the worst PR person in the world'

Peter Molyneux once said that you'd be able to plant an acorn in fantasy adventure Fable, and see it grow into an almighty tree.

Molyneux also promised the world a Kinect-powered game where you played babysitter to a 10-year-old boy.

As you can gather, the veteran British games designer behind Populous, Fable, and Black & White has a history of making big promises that he can't keep.

"I know, I know, I know," he tells Pocket Gamer, apologetically. "That's my fault entirely. It's my fault because I sit in front of journalists when I'm being interviewed and I just get very passionate and very excited."

He thinks that journalists mistake his half-baked ideas for PR spiel. "I'm the worst PR person in the world," he admits. But, really, he's just a designer who "can't help getting super-excited".

Molyneux's most recent promise is arguably his biggest yet. He's fashioned a virtual cube that needs to be tapped on about a billion times before it opens up and reveals a prize that is, according to the game's App Store description, "life-changingly amazing". That's quite a claim.

"It's amazing, by any scale," Molyneux states. "And for the lucky person who gets to the centre of the cube, it will change their life."

There are some things he won't say about the prize, mind. "I haven't said whether it's animal, vegetable, or mineral. I haven't said if it's an idea or something tangible."

He's happy to rule out a few popular theories, though: "It's not a huge pile of cash, it's not a joke, it's not me smiling at a camera." 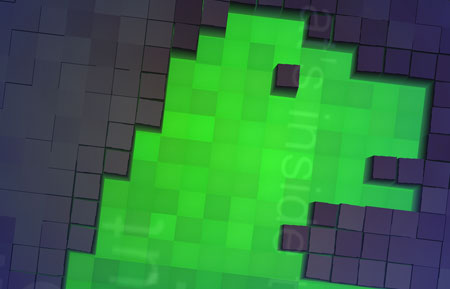 Only two people know what's inside - Molyneux is one. The other is an unnamed 22Cans employee who helped with the video that will be sent to the winner.

Plenty of people have asked Molyneux what lies at the centre of the cube, including the App Store approval team at Apple.

"I had to say to them, 'Look, I'm really sorry, but I just can't tell you.' We had a rather strange conversation where it was kind of like one of those party games, asking questions like 'what is the first letter?'"

"It was just one of those bizarre conversations that you have with these incredibly powerful people that decide the fate of your app."

The reason that the identity of the prize is so closely guarded is because the entire experiment hangs on it being kept a secret.

'Is the sheer power of curiosity enough to drag people through a simple - and some might argue, boring - game?' the virtual elevator pitch reads. "Will that really intrigue the world? Will that truly make the world curious?" Molyneux adds.

Judging by the first few days of Curiosity's post-launch life, it's fair to say it has.

"Literally, 30 seconds before getting on the phone to you, we cleared the first layer, which is amazing," Molyneux says.

In a day and a bit, players had broken through the first layer (a shiny black exterior) and started working on the next (a groovy green lava lamp image) to expose a third layer beneath (a mysterious red cube).

Even in a sleep-deprived state (the studio founder led his tech team through a gruelling coffee-fuelled all-nighter, fixing bugs and tweaking servers), Molyneux's astonishment during the first 24 hours of Curiosity's iOS existence still comes across. 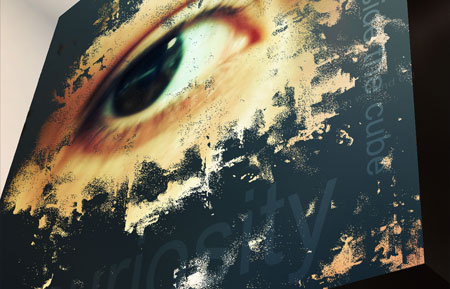 "It's been one of the most amazing and incredible days I think I've ever had. We really thought a few thousand people would be interested enough to download the app, but it's actually in the hundreds of thousands. I've, well - probably from tiredness - spent half the time sobbing with joy."

This is just the tip of the iceberg, of course. There are more layers inside (look forward to some "rule changes and new features"), a big surprise on the horizon ("which I can't believe we're doing"), and, of course, some data. Every experiment yields results, after all.

"I haven't even begun to share the incredible data that has come out of this. We're capturing all the analytical data and we'll share what people are doing with the coins and what they're saving up for and the analysis of how the cube decayed. All of that is just fascinating stuff."

That might extend to monetisation and in-app purchases, down the line. Right now, the game is completely free, making the experiment "as pure as possible". Now the experiment has started (and the server issues are mostly ironed out), Molyneux's looking to play.

"If we are going to monetise it, it should be part of the experiment and a little bit more meaningful than charging you gold for coins. I'm just wondering if there's some more interesting stuff we can do than that. We are experimenting with the nature of a game and so we should experiment with monetisation, as well."

All of this data is going to "help us make the game that we're working on".

You see, social experiments like Curiosity are actually just serving as the apéritifs to one final game. Allegedly, this will be Molyneux's last-ever project, though we know what Peter's like about making and keeping promises. 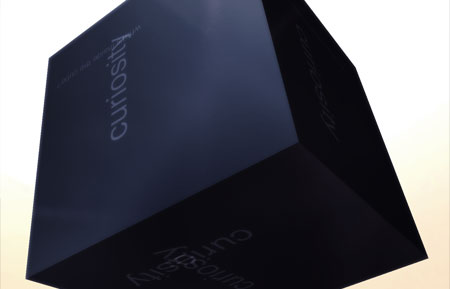 We asked Molyneux if these forthcoming experiments from 22Cans would be mobile apps, too.

"That's our plan at the moment," he says.

And what about that final, ultimate game? He gives the industry-standard non-committal answer: "I just think mobile is where it's at. I really do. 95 per cent of all games I play are on mobile now."

"When I do go back to consoles, it feels like going back to black-and-white television."