At the start of 2012, we saw Sony and Ericsson part company to make way for the re-emergence of the Sony Mobile brand.

To kick things off, we were given the wonderful Xperia S, with its an Apple-busting high definition display and equally impressive 12-megapixel camera.

As the year draws to a close - a year that saw many Sony mobiles hit the streets to suit all tastes and budgets - the company has managed to squeeze in a replacement flagship in the form of the Xperia T. 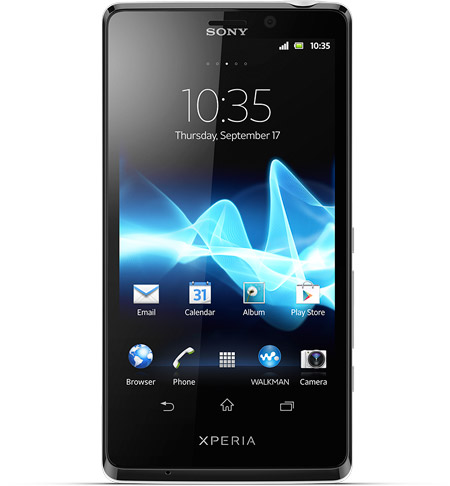 It's not actually the flagship in all markets, however - the LTE-enabled Xperia V takes that title. But, despite being compatible with EE's forthcoming 4G network in the UK (operating at 1800MHz), the Xperia V is currently nowhere to be seen.

If all the letters are confusing you, you're not alone. We can't imagine how Sony is going to manage with a new range of phones next year. Unless, that is, it intends to add a + to existing names, or perhaps introduce numbers (the Sony Xperia S II, perhaps?). 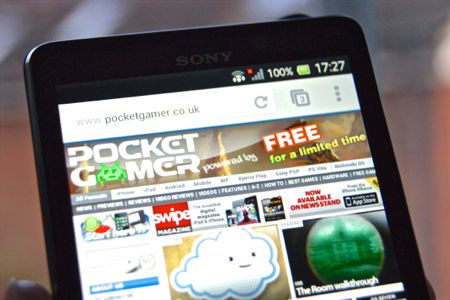 With an even larger display than the Xperia S (4.55 inches vs 4.3), the T might drop its impressive pixels-per-inch figure, but you'll still find it hard to make out the individual pixels. The screen is also brighter, and there's now an automatic brightness setting to improve visibility outdoors and comfort indoors (as well as saving on battery consumption).

The Xperia S marked a new design trend for the company, complete with its controversial transparent antenna bar, which suggested Sony was going to go for straighter lines. The T seems to do a sharp U-turn, reverting back to the 'human curvature' design language of the Xperia arc and arc S. 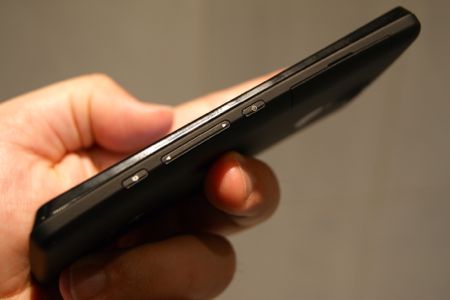 Despite a curved look that arc owners will instantly recognise, the aren't many similarities beyond that. For one, there are no physical or touch-sensitive buttons on the front, and it's not particularly thin. In fact, it's actually pretty dull and uninspiring.

There are other problems, such as the placement of the power/lock button and the volume keys. These are all far too low down, made necessary by the need to accommodate the micro SIM and memory card slot above.

The (fixed) battery is also rather small, at 1,850mAh, which is just 100mAh more than the Xperia S, despite a faster processor and bigger display to work with. 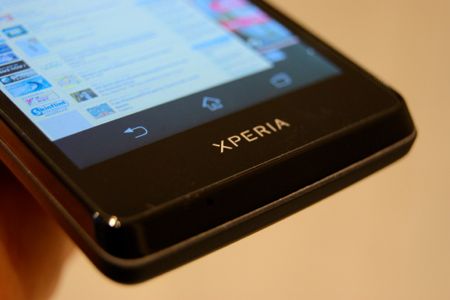 With the removal of the separate Android buttons, the S actually stands taller than the T despite having the smaller screen, but the T is just over 3mm wider and a little under 2mm thinner. The two phones weight almost the same (144g for the S against 139g for the T).

The Sony-adapted UI for Android has been given a few tweaks. It now displays the battery level as a percentage, and there are shortcuts that appear when you drag down the notification bar – allowing you to adjust things like wi-fi or Bluetooth without going into the settings menu.

The Qualcomm S4 processor is more powerful than the S3 chipset in the Xperia S, despite running at the same 1.5GHz clock speed, although in benchmark tests the differences aren't significant enough to make any Xperia S owners feel like they've got to upgrade. Its's rather like the difference between the iPhone 4S and the iPhone 4.

There's a more powerful GPU for gaming, along with more efficient power-management designed to compensate for the small battery, but there's no more RAM. Another difference is the additional support of wi-fi at 5GHz. 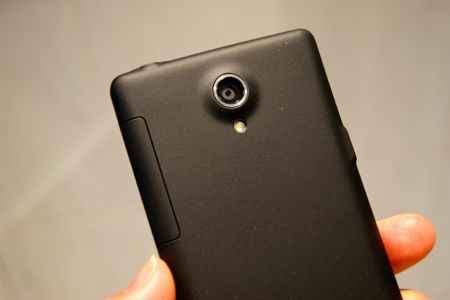 The camera has been given a slight boost from 12 to 13 megapixels, allowing a jump from nine to ten megapixels when taking photos in a widescreen format, but it's otherwise the same as before.

Only the Xperia V gets some new features here, such as a HDR (HighDynamic Range) feature. You can still fire up the camera from standby in around a second by holding the dedicated 'camera' key.

It's not clear how different the camera sensor is, but photos taken in low-light still suffer from quite a lot of noise. In fact, I failed to really tell any difference between the camera on the S or T, with both models also recording video at 1080p resolution. 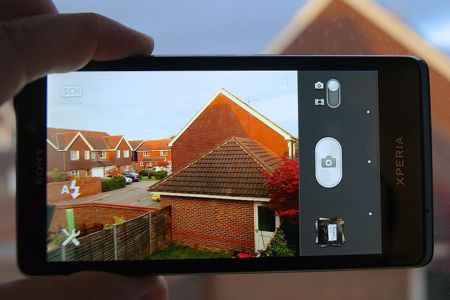 While it's difficult to get excited about how the T looks or the annoying placement of the buttons down the right-hand side, it makes up for those failings in other ways.

For example, the lack of a cover over the micro-USB socket coupled with the combined charging/HD output socket means you can now get a docking station that also connects to your TV without having to put up with cables sticking out of both sides of the phone. This is definitely a Good Thing.

Sony is also making a big deal of NFC in its advertising campaign for the Xperia T, even though it's exactly the same as on the S. You can buy Smart Tags to activate certain tasks and profiles when you touch your phone against them, share content when pressing two NFC-enabled phones together, or connect to NFC accessories without pairing.

There seems little need to repeat everything from the Xperia S review, as there are almost no differences – even the version of the OS is the same: Android 4.0.4. Both models will be getting updated to Android 4.1 (Jelly Bean) but it's not yet clear which will get updated first.

Sony has also added something new in the form of floating apps (which Sony refers to as 'Small apps'). Previously introduced on Samsung's Galaxy S III, these include a floating calculator, notepad, countdown timer, and voice recorder. What you don't get is a floating video player or picture viewer.

Compared to a tablet with a much larger screen, these floating apps aren't really that useful. What's more, they can be obtained from the Play store for any Android device, so the only difference is the easy access to them via the recent apps shortcut. 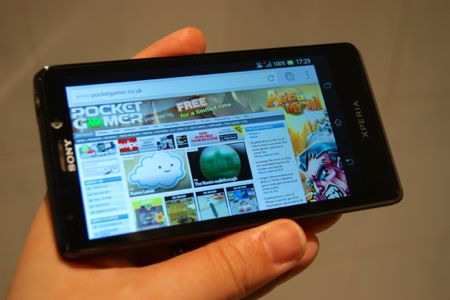 One of the key strengths of new Sony Xperia devices is the lack of over-the-top customisation, which caused so much frustration on the first Xperia smartphones.

While Timescape still exists as a standalone app, and you can still integrate Facebook data into the some core apps, everything else is pretty much standard Android OS. Not quite Nexus-grade, but not far off.

What it means is that the Xperia T is another Sony phone likely to find favour among users who like to customise. Another benefit is regular OS updates. Sony upgraded all but one of its 2011 models to Ice Cream Sandwich, for example, and the company is committed to supporting new handsets for at least 18 months after release.

As it competes alongside the iPhone 5, a range of more powerful Android devices, and the new crop of Windows Phone 8 devices, Sony's Xperia T will struggle to stand out. 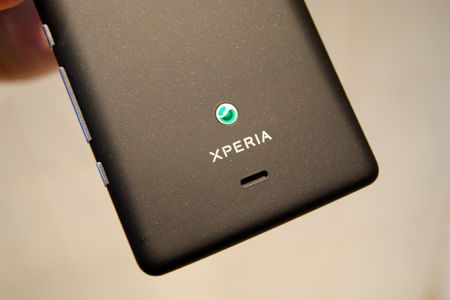 It hasn't got the power to take on the Samsung Galaxy S III or HTC's forthcoming One X+ (the faster version of the One X), while loyal Sony fans will know that it's a stop gap release until far more advanced products are announced at CES and Mobile World Congress early next year.

But, despite these issues, the Xperia T is still an excellent phone that beats the Xperia S on many counts. And if you really loved the original arc design, it's certainly worth a look.

Thanks to Vodafone for the loan of the Xperia T review sample. 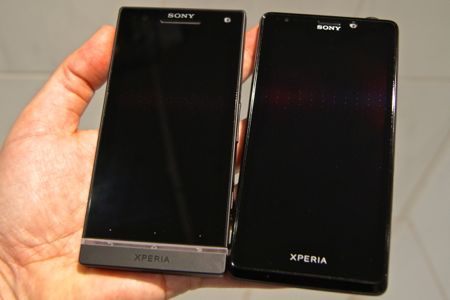 Pull off the cover: The annoying USB cover is gone from the Xperia T, along with a switch to a MHL socket for combined USB & HD-output

The Xperia T loses the separate HDMI socket, but sees the volume keys pushed way down to make way for the SIM/memory card slot 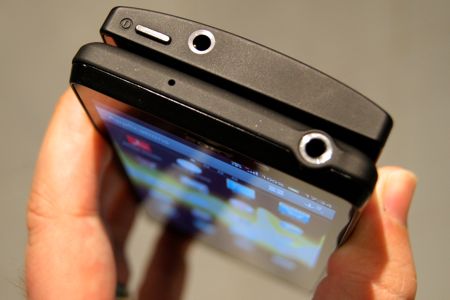 Although not as powerful as some of the competition, the Xperia is still a top performer. But it lacks the innovation of the Xperia S and comes just a few months before a new flagship is likely to be unveiled.
By Jonathan Morris
| Oct 22, 2012 |
Android + Mobile
SEE COMMENTS