Google sends out invitations for Android-themed event on October 29th

Google has started to send out invitations to a special Android-themed media event that it will host on October 29th in New York.

The event will purportedly focus on at least two different products: a new Nexus phone and Android 4.2. The latter is believed to be an incremental update, so the new Nexus blower will likely be the star of the show.

We recently reported on a rumour that suggests Google has partnered with South Korean manufacturer LG in order to manufacture the so-called Nexus 4.

And according to reports, LG's new Google-branded blower will be released on October 29th. Coincidence or lucky guess? You be the judge.

Speaking of coincidences, Microsoft will be hosting a Windows Phone 8 event on October 29th in San Francisco. Hmmmm.

Anyways, are you excited about the new Nexus device? If so, you'll be pleased to read that Google will be streaming this Android event live on YouTube. 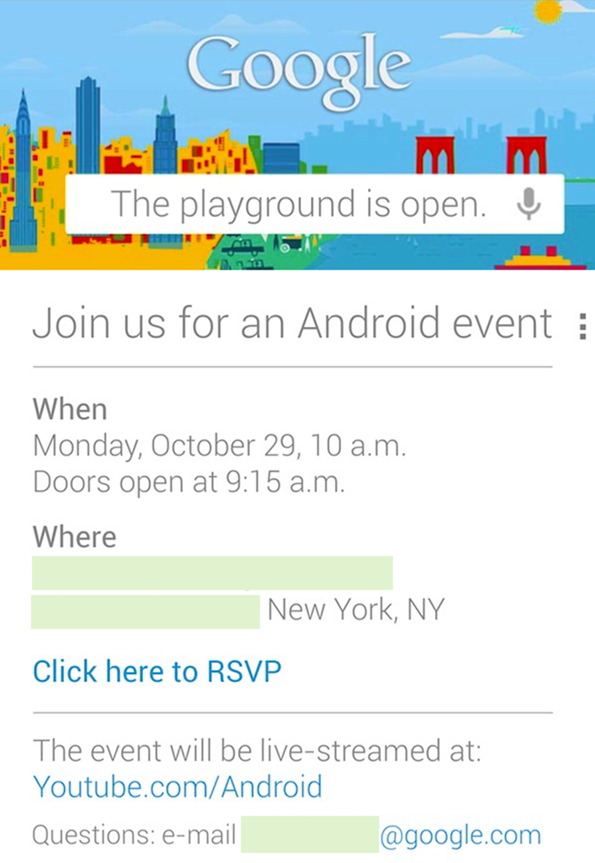 First update to Bad Piggies expected by end of the month

The Pixel C is Google's answer to the Surface