Most of us play skateboaring video games because balancing on a plank of wood and pulling off oddly named tricks in real life is all but impossible. Games smooth the path to extreme sports success by lowering the entry level.

At least, they're supposed to. True Skate comes at its subject matter from a slightly different angle, attempting to reproduce the feet movements required to pull off the flips and twists that make up a skater's repertoire with finger flicks and slides.

You don't have to balance on your iPad, and your bones aren't in danger of being shattered on the hard concrete of the skate park floor, but this is as close to real skating as some people are going to get. And, much like the real sport, it's a game that rewards perseverance and practice.

The game takes place in a large skatepark full of ramps, rails, and other obstacles for you to jump off, around, over, or into. Your board sits in the centre of the screen, with the camera tilted so you get a decent view of what's ahead as well.

To move you push a finger along the ground at the side of your deck, mimicking the action of a foot pushing a board along in real life. Steering involves pressing on one side of the board or the other, and weaving your way around the park feels pleasant and intuitive.

But pleasant and intuitive is for losers - we're here for the tricks. Tapping down on the tail of your board pulls off an ollie, which is the building block of pretty much all skateboarding tricks. The board snaps into the air, and you can level it out and make sure you land safely by pressing the opposite end of the board once you're airborne.

Throwing together various swipes and taps lets you perform other tricks. Pop an ollie and then slide your finger off the left of the board and you'll perform a kickflip – a spin of the board under your virtual feet. Again, you'll need to catch the board before it rotates too far or you won't be able to land the trick.

It takes a while to really grasp the mechanics of the game. Your swipes need to be precise and your fingers need to know the plan before you start a trick or you'll end up with your board spinning forlornly on the ground.

Adding in grinds is particularly tough - especially for anyone raised on the Tony Hawk games. You need to position your board perfectly to grind a rail, and a smooth landing involves some dexterous finger work if you want to succeed.

One thing the game's lacking is any real structure. You work through the tutorial, and then get left to your own devices. There are challenges to try and master, but the only reward for completing them is a sense of satisfaction in your work.

There are also times when tricks don't register and you end up pulling off something incredible with no points scored. In the end, though, it doesn't really matter. True Skate isn't about points or bragging rights - it's about setting your own challenges and perfecting your own runs.

It's that ethos that the game captures perfectly. Its learning curve is steep, but the feeling of pride you get when you pull off something incredible is second to none. You won't be performing backflips with a button-press, but True Skate offers an intoxicating challenge all the same. 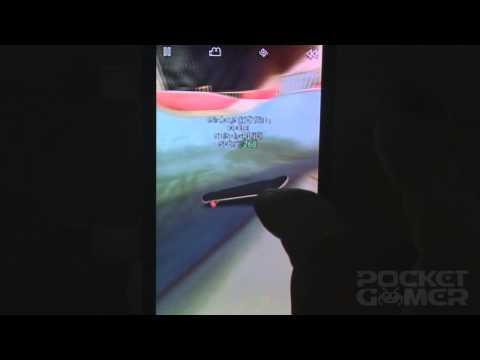 It might take a while to learn even the basics, but True Skate is a game about precision and practice that offers the greatest rewards to those who put in the hard work
By Harry Slater
| Oct 18, 2012 |
iOS + Android
Find out more about True Skate

How to catch Pokemon and items with Pokemon Dream Radar, and transfer them to Pokemon Black and White Version 2