Ubisoft has filed a $1 million dollar lawsuit against BEP Music LLC, the company which owns the trademark for interactive dance game The Black Eyed Peas Experience.

The French games studio is demanding the seven-figure sum to cover the development costs and lost profits for an iOS version of the Black Eyed Peas Experience game, which Ubisoft submitted to BEP Music for approval in March.

According to Ubi, its contract states "that BEP Music shall notify Ubisoft in writing whether it approves the submitted material or not, as soon as possible but in any event no later than... within ten (10) business days". 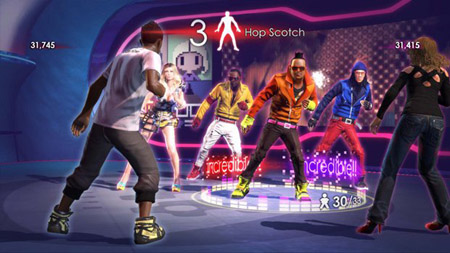 Furthermore, Ubi notes that "At the time of BEP Music's breach of contract, Ubisoft has spent 181,000 Euros (approximately $233,000) in developing the iOS game."

"Ubisoft has suffered damages in an amount in excess of $1,000,000, which not only includes Ubisoft's out-of-pocket development costs, but also the profits Ubisoft has lost and will continue to lose as a result of BEP Music's breach of contract."

Episode 3 of Telltale's The Walking Dead lands on iOS

Google sends out invitations for Android-themed event on October 29th