In a galaxy, far far away (New York, to be specific)

Rovio was out in force at the flagship Toys R Us store, in New York's Times Square, today, to officially unveil Angry Birds Star Wars.

Gameplay details are still being kept tightly under wraps, but the studio let us in on a few secrets about which movies will be featured, hinted at upcoming content, and revealed its favourite character.

We sat down with company CMO Peter Vesterbacka, marketing planner Philip Hickey, and VP of franchise development Ville Heijari, to get a few exclusive details on what fans can expect from the upcoming franchise mash-up.

Angry Birds Star Wars is considered the next step in the evolution of Angry Birds.

Details on the gameplay, along with teasers and reveals, will come in the next four weeks leading up to the release of the game, but from what we've seen there are plenty of lightsabers involved.

Luke Skywalker, taking on the guise of the familiar Red Bird, even swings his tiny lightsaber at towers when he collides with them.

Join the pig side

Angry Birds Star Wars is supposedly a partnership between Lucasfilm and Rovio in which both companies are dedicated to delivering a game that will make fans of both properties happy.

True to the chronological release of the movies, Angry Birds Star Wars will begin with the original three movies - starting, of course, with Episode IV: A New Hope.

When asked if Angry Birds Star Wars will eventually expand into the world of the three prequels, Heijari quipped "Me-sa not so sure!" with a spot-on Jar Jar Binks impression. He added that the game will have a long life cycle, and that Rovio is eager to "explore the Star Wars Universe."

Hickey was keen to emphasize that meticulous care has been taken to ensure that both sets of fans would be happy with the character design and art of Angry Birds Star Wars. 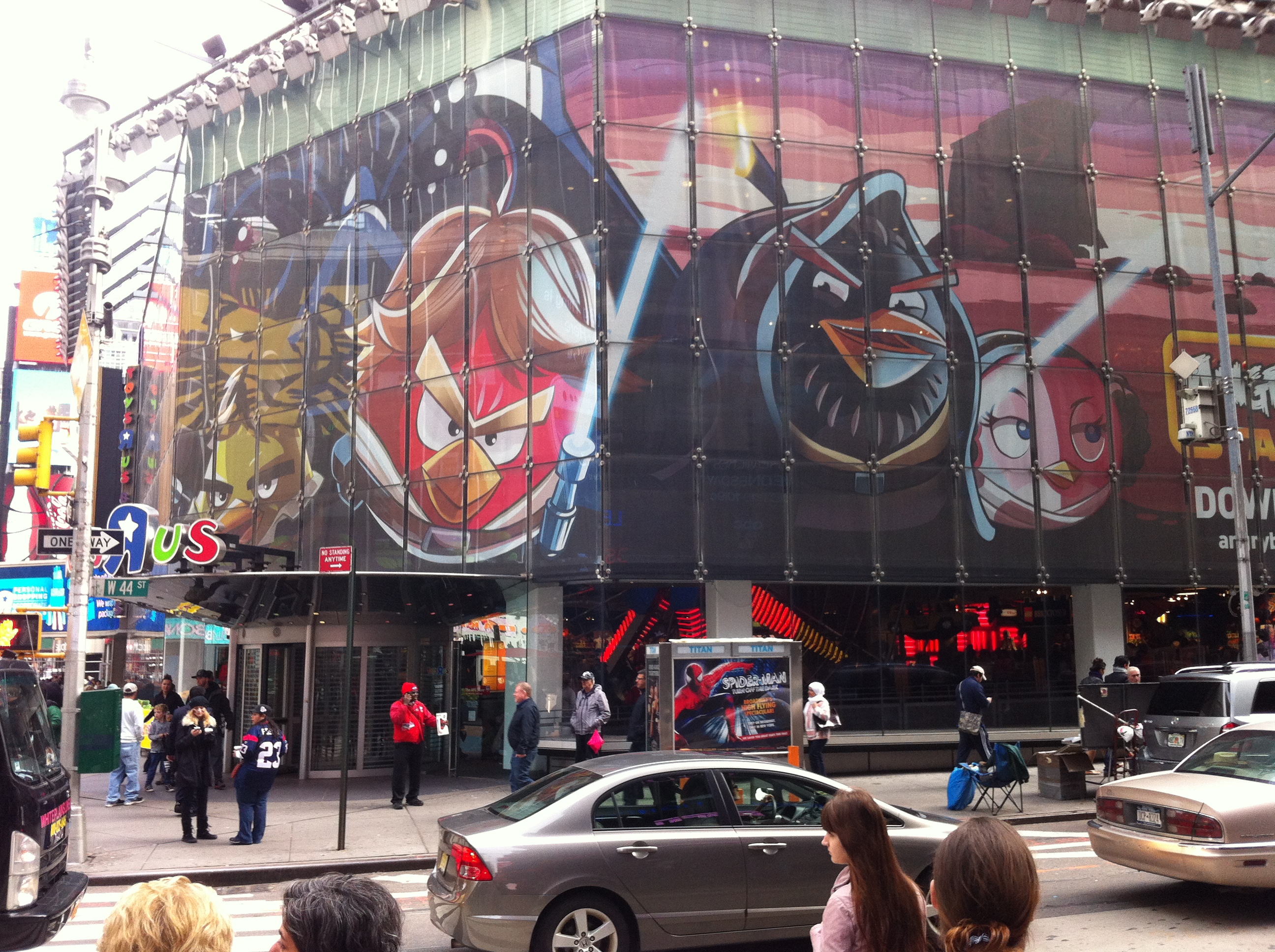 Looking at the promotional art, there are many little artistic touches – like the addition of pig ears to the rounded huts under the twin suns of Tatooine or a slightshot on top of the Millennium Falcon – that feel distinctly at home in the worlds of both Star Wars and Angry Birds.

When asked what feature of Angry Birds Star Wars Hickey was most happy with, he answered without hesitation: "there's a lot of excitement over the Chewbacca bird. For me, it was love at first sight. When you release it and hear it roar… it's amazing."

Return of the Merchandise

To celebrate the completion of Angry Birds Star Wars, Rovio also announced that it would roll out a new line of merchandise consisting of plush toys, board games, and even Halloween costumes.

Vesterbacka himself was very excited at the quality of the merchandise. "Just as we set out to make games that we want to play ourselves, we wanted to make products that we’d want to buy ourselves. I saw this stuff and thought, 'I want that!'"

It's time to get kerrr-azy!