We're back with some more first impressions of the PlayStation Mobile launch games.

So, here's the second part of our PlayStation Mobile first impressions round-up. If you catch my drift.

Let us know which games you've purchased in the comments section below. 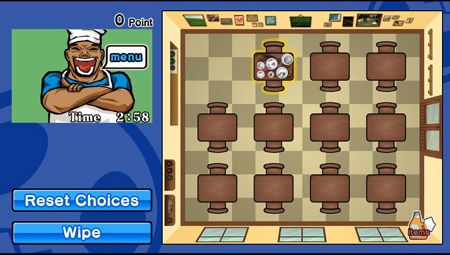 In Wipe's cafe, its your job to clean up after messy patrons. That means selecting tables from an overhead map, then going in and wiping up piles upon piles of food.

It's a pretty simple mini-game. You tug at stubborn blobs with the touchscreen, and tap plates to move them out of the way. After a while, you'll need to rinse your cloth.

Other than a little juggling to keep all the tables clean, and a combo system, that's all there is to it. The biggest problem is that the cleaning-up mini-game just isn't much fun. It's sloppy and repetitive. Give this one a wide berth. 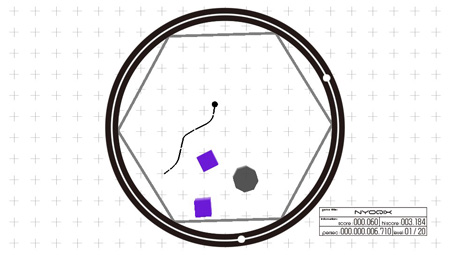 If ever there was a reason needed to justify mandatory manuals, just point in the direction of Nyoqix. At first glance, it seems to be a snake-in-a-washing-machine simulator. Suffice it to say, you'll die quite a few times before you even figure out the goal.

It seems like you're using your spindly tail to knock coloured shapes into the sides of the circle, while simultaneously making sure you don't dive head-first into the same circumference.

Fighting against the ever-shifting gravity makes for an interesting, physical feel. But, those same boisterous physics often work against you, unfairly bashing your brain into the one-hit-one-kill dead zone.

More than that, there's just nothing much to it. It's all rather slight and insubstantial, and you're left wondering why it has that vastly inflated price tag. 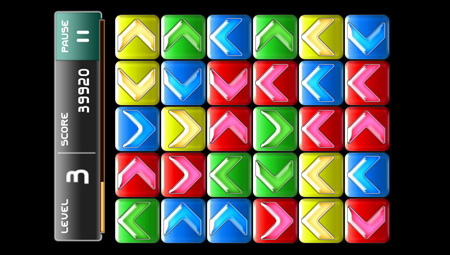 Magic Arrows bucks the match-three trend by playing out in portrait rather than landscape. It also surprises by being a spin on the match-three puzzler that I've genuinely never seen before.

Instead of matching gems, you're lining up arrows. The twist is that the arrows can only shift in the direction they're facing, so collecting columns and rows of like-coloured tiles is made harder than ever.

Then, you're given these rainbow arrows that, when tapped, slice through a procession of joined arrows to give you a big bonus score. It's all a bit Lumines, actually. Puzzle fans would be wise to give this one a look. 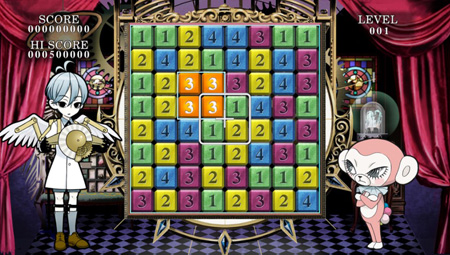 Numblast is smart. In it, you form four-block squares of numerical tiles to explode them off the board. Only, before they detonate, the tiles count up in unison towards 'four'. Which means you can add to the combo by sliding in a few 'three' tiles when the counter hits 'three'.

Look, it's one of those ever-so-clever puzzlers that's far too tricky to describe in words. So, you'll have to just trust me when I say it's deep, satisfying, super difficult, and will appeal to Vita and Xperia Play puzzle masters looking for a new challenge. 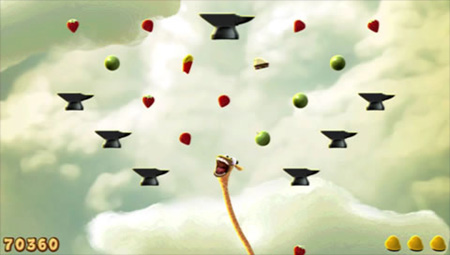 This is a port of the PlayStation minis game of the same name.

In our review of that version, we said, "Simple, short, but immediately engaging, Hungry Giraffe is a game that will devour your time as readily as its protagonist devours tacos." 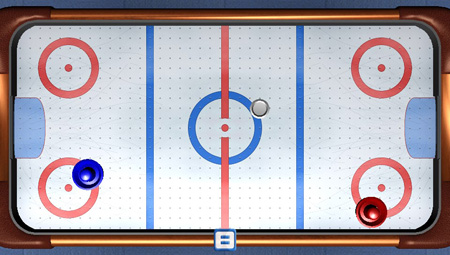 The lone contender in the PlayStation Mobile sports category is this simple air hockey simulator.

As you would expect, it's got a basic single-player mode, though the real fun is to be had in multiplayer mode. You get a top-down view of the table, and you both play on the same device.

Look, it's not going to win any awards, but it does its job quite nicely. It's just what you'd imagine a £2 air hockey app would consist of - what more can you ask for? 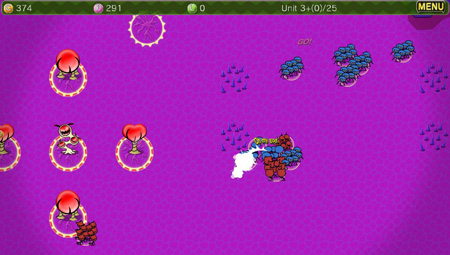 The most expensive game among the launch line-up is this tower defence / strategy hybrid from Japanese developer SYNC Inc.

There might be some depth and tactics involved, but it's hard to tell. Mostly because the whole thing is nigh-on incomprehensible. It's impossible to know what each tower and unit type does, and the menus (which are more often than not obscured by your finger) are complete gobbledygook.

You might want to stick around long enough to understand the ins and outs of this ugly little game, but the impenetrable difficulty and noisy soundtrack have pushed me away. 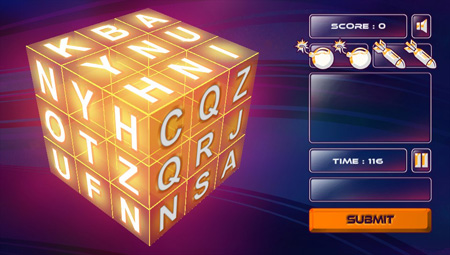 Here's yet another unique take on the good ol' word game. In Blocked, your tiles are fixed to a cube. You can move letters into position by twisting columns, turning rows, or shaking up the entire box.

Then, it's a case of tapping on adjacent letters to spell out words, hitting 'submit', and receiving points commensurate with the length of your word. In the end, it's just another word game albeit wrapped up in a slightly different package.

A slightly more annoying package, actually. I swiped on-screen mistakenly on a few occasions, especially under the pressure of the game's timed mode. 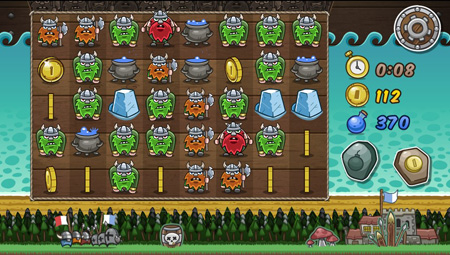 Loot the Land is brimming with real charm and personality. The game's chubby warriors are drawn in a bold cartoon style, and the interface is all polished to a fine sheen. It really is a nice little package.

Sadly, the gameplay itself is a bit dull. You drag your finger over adjacent tiles of the same kind. This ostensibly has an effect on the miniature RPG at the bottom of the playfield. This might mean sending out troops, or raising mana for special attacks.

There's just not much in it, really. Sometimes, you'll be obstructed by spider webs or big gobs of spit - which require mad taps or shakes - but that's about the only thing that breaks up the monotony. 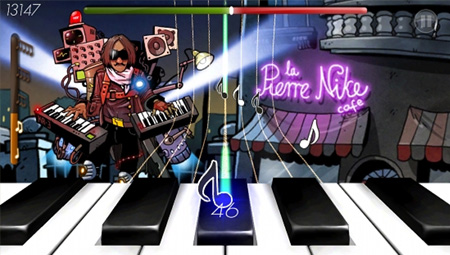 This one's also available on iPhone and iPad.

In our review of the iOS version, we wrote, "Despite (or perhaps because of) its deranged narrative, Frederic is a stylish confection that truly does justice to the poet of the piano." 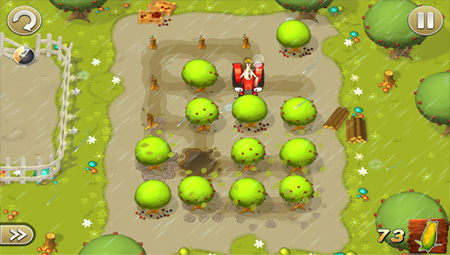 Tractor Trails is also available on Google Play, and it's actually available for free (with intrusive ads, mind) on the Android marketplace. But, if you've only got a Vita and you're interested in this farmyard puzzler, here's the scoop.

Red the tractor is commanded to drive in one of four directions, and he won't stop pooling along until he hits an obstacle. As he drives, trees are planted in his path. The object of the game, then, is to figure out the perfect path for Red to take so that he can plant a tree in every position, without boxing himself in.

It works, it's cute, but it's not the most scintillating thing in the world. There are far better puzzle games out there, which will keep you engaged for much longer. Kids, however, might enjoy its cartoon charms.