For gamers, the real star of the show played second fiddle to the main event

Unless Steve Jobs himself rose from the grave to demonstrate the iPhone 5's light saber capabilities, Apple's reveal was always likely to fall flat.

Calm-voiced sages may have smoothly informed us that it's the slimmest, longest, lightest, fastest, and most considerate in bed iPhone yet, but yesterday's reveal was firmly about boring old evolution.

A favoured tactic of Apple detractors is to point out what it doesn't have, rather than what it does, and sure enough, many commentators were on hand to bemoan the the lack of wireless charging or NFC.

But getting embroiled in petty format wars is a waste of life. Objectively, every headline smartphone handset is great these days, and the one you choose comes down to very specific personal preferences. Some will have features important to you, and lack others.

And if you're a gamer, the differences are often even less relevant. The simple fact is you can't lose. Great mobile games are cheap and plentiful regardless of your platform alliance.

That doesn't stop Apple from making more of a noise about what a great gaming system the iPhone 5 is going to be, and sure enough, the old claim of "console quality" graphics was wheeled out right on cue yesterday.

What "console quality" actually means is anyone's guess, but without being a gigantic boring pedant, I'm more concerned about whether having PS3/Xbox 360 quality visuals even matters on a 4-inch screen.

The astonishing mobile gaming revolution of the last four years was largely brought about because of the insatiable appetite for simple, accessible games that fill a few minutes of downtime.

The minute someone starts boasting about new shader techniques, my brain does a little cry. As someone that used to regularly blow cash on new PC graphics cards for more years than I care to mention, I love groundbreaking tech, but for handheld gaming it's clearly much less of an issue.

For one, most 3D games don't translate well to the small screen, and the ones that have succeeded have done so by reducing the gameplay to simple swipes or taps.

The second point is that making barnstorming 3D games is prohibitively expensive, and the vast majority of studios out there just aren't set up to produce the kind of showcase titles that look good on trailer reels. Even the studios that are adequately resourced are taking a gamble, as the race to the bottom on pricing leaves them scrabbling around in the free-to-play piranha pool.

So if we can just nod politely about the A6 chip, and say "that's nice" to the greater colour saturation, and elicit an "mmmm" to the more sensitive touch screen. 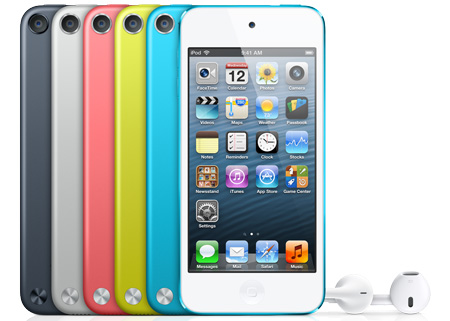 In all likelihood, for every Real Racing 3, there'll be 479 games that opt for a more simple, stripped-down and possibly unique approach. And that's absolutely fine by me.

I don't want or expect my mobile to be a mini 3D gaming powerhouse. As long as the gameplay is tailored specifically for the device, that's all that matters. I don't care if it looks like it was made in 1984. In fact, in some circumstances, that's actually desirable.

What isn't desirable is Apple's insistence on keeping the storage limited to 64GB (or 57.44GB in reality). If you're like me and you use the iPhone for absolutely every kind of digital content going, 64GB is increasingly inadequate, and the cause of hours of wasted time, freeing up space via iTunes, followed by the subsequent resynching.

If you could access all of this wonderful content via iCloud, then this ongoing storage headache would politely go the way of tapes and floppy disks, but we're a long way from living out our happy-clappy Cloud-based dreams.

So if we accept that the iPhone 5 is a rather predictable refinement and shut up and buy it anyway like good boys and girls, then it's a rather different story for the fifth generation iPod touch.

No phone, no problem

For whatever reason, it's been two years since Apple refreshed the Touch, meaning that the upcoming revision will represent a genuine leap in power for those of you that want to access all that content without the massive added expense of the phone functionality.

Like previous versions, it shares almost the same design, but will be even slimmer (at 61mm) and lighter (just 88g) than its daddy.

Inside, though, its A5 chip boasts a little less raw power than the iPhone's new A6, but the real bonus is the ability to get on board from £249 - pretty competitive next to its handheld gaming rivals - a PS Vita, lest we forget, will set you back well over £250 once you shell out for a 32GB memory card.

As any parent will attest, having an iPod touch on hand for the kids is not only a guaranteed lifesaver for boring retail and lengthy travel excursions, but guarantees you're not surrendering your phone (and draining the already stressed-out battery) in the process.

As a format, the iPod touch remains one of Apple's smartest offerings, and offers a genuinely great value means to join in with the cutting edge of the 'smartphone' gaming scene without the bothersome lengthy contract. And with such an almighty catalogue of brilliant, cheap games to choose from, passing up on the opportunity to sample them is akin to self-harm. It even works over AirPlay.

So even if you're not convinced about Apple's incremental approach to the iPhone 5 hardware specs and don't have £600 to slap down, there is another option - and it comes in pretty colours!

But many argue, quite rightly, that software is just as important, so it'll be interesting to see exactly what the additions to iOS6 offer up beyond better Facebook integration, lovely 3D flyover maps, and being able to order Siri to open Angry Birds Space.

Talk of time-shifted asynchronous multiplayer challenges via Game Center is a nice addition, but it's the promise of greater discoverability via the revamped App Store that may well prove to be the most significant enhancement of all.

The best part, as usual, is the fact that we won't have long to find out for ourselves, with the release of iOS6, and both the fifth gen iPod touch and iPhone 5 coming in just a few days.