Pocket Gamer Court: Is Square Enix having a laugh with its mobile pricing?

Square Enix is a bit of a giant on the video game scene, frequently producing 100-hour epics with stellar art design and in-depth battle systems.

But, does that justify its sky-high pricing philosophy?

The World Ends with You, Drakerider, Final Fantasy Dimensions, Final Fantasy Tactics, Chaos Rings II - all burst through the £10 mark and keep on going. Is this right in an industry where 69p can get you a classic, and the freemium model gives you hours of gameplay at no cost whatsoever?

Let the people (that's you) decide! Actually, you have already done the debating bit - this just leaves Judge Jon to sweep in at the end of this article and pronounce his "informed" judgement. That's how it works.

And, yes, he'll probably continue to refer to himself in the third person. He's funny like that.

However, he believes that "with the easier design process and lack of overhead, that is as much as a AAA title on iOS should cost".

RockinIt bought The World Ends with You for £13 and found it to be "totally worth the money". Why? It's all about the effort that goes into it.

"It's not just a 'port'," he says. "The visuals have clearly been remastered for the iPhone Retina display" and "the gameplay itself has been changed to suit iOS touch controls."

Compare this to "basic ports with a virtual pad stuck on top" like Max Payne and Grand Theft Auto 3, and you can see where the extra money goes, he argues.

RockinIt also feels that "this whole race to the bottom [freemium] pricing strategy has taken the fun out of games on iOS," so a renaissance (of sorts) for premium games should be welcomed. 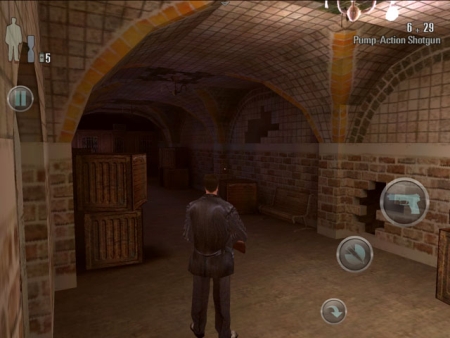 Swallowfire thinks that going into double figures is just not on. "£12.99 is getting ridiculous," he says, and likens it to "Nintendo charging £39.99 for a download of NSMB2" on 3DS.

In other words, there's an unwritten but well-understood pricing standard specific to every platform, and publishers need to stick to it.

NotSpam agrees that these Squeenix prices are too high, and points to the age of some of the games and the value relative to other so-called superior platforms.

"[The World Ends with You] is a number of years old, it's a port" he says, and points out that "compared to indie games on other digital distribution stores it's right at the top end of pricing."

According to his argument, these platforms can offer up large screens and physical controls, so the iOS version should really be cheaper.

AlvysingerUK draws attention to the unstable nature of App Store prices as a reason not to buy expensive titles. "Paying more always seems like a risk," he says, "especially as so many games go into sales within five minutes of launch or even go free for a brief time. Trigger Fist, for example, cost me £2.99 but went completely free this week."

It's an interesting point, although we should note that Square Enix is generally consistent with its pricing, only discounting titles for brief periods or when a sequel comes along. 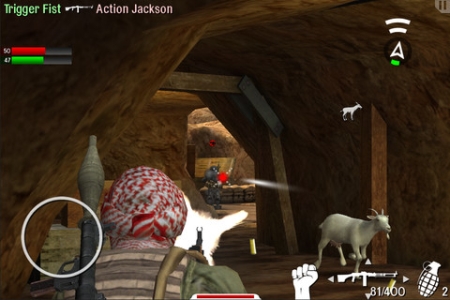 Somewhere in the middle

Jowly kung fu whisperer Stephen Seagal is back with an opinion. "Again, I'm on the fence," he says. We assume he's talking metaphorically, and that he's not poised to snap some unassuming gardener's neck.

"On the one hand, obviously no one wants to pay double figures for a mobile game," he notes, adding that the large quantity of casual gamers who own an iOS or Android platform "are not at all accustomed to paying that much for games".

"On the other hand, this is not just a mobile game. This is a AAA game which offers upwards of 70 hours of gameplay and very, very high-quality production values."

He still plays free and cheap titles far more, however, and feels that as an overall strategy "Square Enix is asking for too much for their titles" - especially Final Fantasy Dimensions, which costs a whopping £20 if you purchase all the chapters.

Alejobd admits that he wouldn't buy an iOS game at Square Enix prices, but takes a laudably broad view on the subject.

"I don't see it as abusive for a console-quality title, and, given the rise of freemium / paymium 'games', it is better to pay upfront for a solid game than being squeezed in that kind of scheme."

We called Rave of Ravendale, a.k.a. PG writer Mike Rose, to the stand to give his verdict. "I wouldn't pay any more than £3," he says with the certainty of a Super Mario speedrun attempt. "If you want more money than that from me, release your game on a proper, dedicated gaming device."

It's an interesting point from the man who refuses to pay more than £10 for a kettle unless it's joypad-operated. It's true. He prefers to use the oven hob with its 'retro analogue controller.'

This one's been the toughest Pocket Gamer Court case to preside over yet.

Overall, Judge Jon has to say that Square Enix is NOT guilty of fleecing its customers, but there are considerable caveats.

Ultimately, it has to be evaluated on a game-by-game basis. When the title is a confirmed classic, boasting stellar production values, top-notch gameplay, and careful consideration for the new platform - as with The World Ends with You - we can't help but say it's fair to charge £13 or even more. After all, it still costs upwards of £20 on the Nintendo DS - the only other platform it's available on.

Also, we need to consider an earlier Pocket Gamer Court feature on in-app purchases. There, we found that iOS gaming was suffering as a consequence of this new race-to-the-bottom pricing model, which sacrifices depth and originality in favour of an elaborate money-eating system.

There's a commendable honesty to Square Enix's up-front philosophy - it's convinced it makes premium titles that no one else is capable of making, and it's going to charge a relatively large up-front fee for the privilege of paying them.

After bemoaning the slipping standards and dumbing down among developers on the App Store in recent times, can we really complain about a company that dares to be different and sticks to its premium guns? 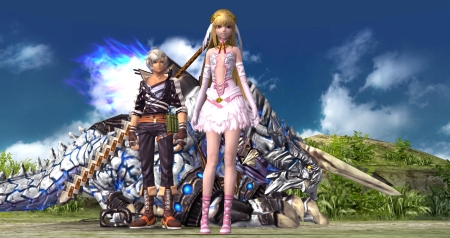 Of course, this argument is based on the aforementioned games being good. What about those less-than-stellar titles, like the recent Drakerider? Games where the content doesn't really make you inclined to pay 69p for it, let along £15? Well, in those instances, it's tough to argue that Square Enix is justified in charging more.

But, then, when have games ever been priced according to their quality? Never. As long as Square Enix keeps giving us a high percentage of hits, I'll be (reasonably) happy to pay a higher-than-average price for the privilege.

Just keep those duds to a minimum, eh? Oh, and hurry up with Final Fantasy VI and VII already. These rose-tinted glasses aren't getting any rosier.

Win an iPhone 5 thanks to YD Online and Buffstone

Pocket Gamer Court: Is it time for IAPs and free-to-play games to be regulated?

Pocket Gamer Court: Should regulators get involved with IAPs and free-to-play games?