Capcom has shown off the first screenshots for Ace Attorney 5 - Phoenix Wright's debut on Nintendo 3DS.

As we reported yesterday, the game will see Phoenix Wright step back into the limelight as the lead character. Only this time around, he's joined by a mysterious new partner. The game will use 3D models, and it's set one year after the events of Apollo Justice.

Even more exciting than all that, Capcom told Pocket Gamer that it is "planning to release Ace Attorney 5 in the West".

Phoenix Wright might have given up the law game to become a pianist in Apollo Justice, but he's back as a defence attorney for Ace Attorney 5. Check out that swanky new waistcoat.

He's got a new partner, too, but so far we don't know her name. Phoenix's previous cohort, Maya Fey, is nowhere to be seen.

Phoenix Wright's rival this time will be the younger brother of prosecutor Winston Payne.

Some things never change, though: the same old beardy judge will once again preside over the court. 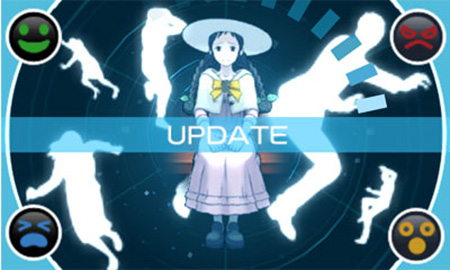 Here's our first glimpse at the game's new mechanic. It's got something to do with the happy, sad, angry, and shocked faces in each corner.

Those are just a few of the new screenshots. Check out the whole batch in our image gallery above.

What do you think - do the 3D models do justice to the expressive sprites of the first four games?

Save an undersea kingdom from grave peril in Squids for Android

Fight for justice and truth in Fists of Steel for mobile