Angry Birds maker Rovio has revealed a new game where the green pig villains of old are turned into heroes. It's called Bad Piggies, and it's out in September.

The Finnish firm is keeping its cards close to its vest on this one. So, no screenshots, no videos, and no official details about the game, other than the title and release date.

Luckily for us, Fast Company took a look at the game. According to the business magazine, it's a physics-puzzler in which the pigs are stranded on a desert island and must build vehicles to travel to those all-important eggs.

A helpful interface will guide players in building the contraption - supposedly an attempt to make the game more newbie friendly than the complicated Amazing Alex. 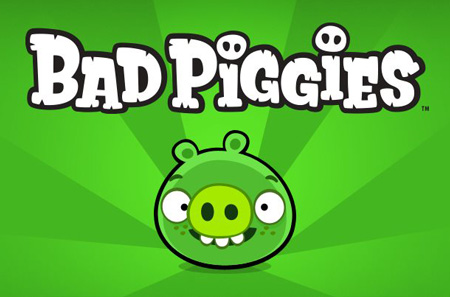 Rovio executive vice president of games Petri Jarvilehto told Fast Company that his company considers this "the launch of a new franchise". Expect to see some sequels, then.

The game will cost 69p / 99c on mobile, and will hit iOS and Android (as well as PC and Mac) on September 27th. We'll pass on screenshots when we get 'em.

Subscribe to Pocket Gamer on
The game's teaser trailer: "Something PIG is coming!"
SEE COMMENTS