Apple has ruled the tablet roost with its iPad range for two and a half generations now. It's only fair: it pretty much single-handedly created our desire for large slab-like devices.

But, things are starting to change. After being caught snoozing on the job or botching early attempts to match the iPad, Apple's key rivals are finally getting their tablet acts together.

As such, while the latest iPad remains the king of tablets, it's no longer the only player in town. We've been predicting it for a couple of years, but we're finally seeing iPad alternatives worthy of the name.

The following ten devices are either fresh to market or due to make an appearance pretty soon. All of them have the potential to give the iPad a bloody nose. 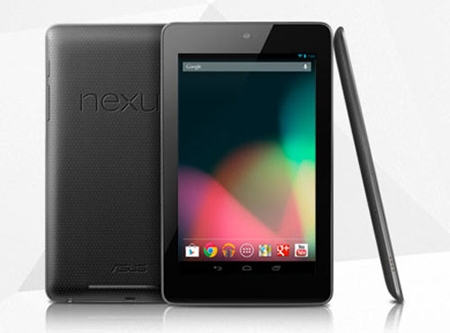 After a string of underwhelming Android tablets, Google (with the considerable help of Asus) has finally come along and produced a tablet contender of its own. The Google Nexus 7 rivals the new iPad by simply being different.

It's a fair bit smaller with its 7-inch display, making it far more portable than Apple's couch surfer. Also, at just £159 it's less than half the price of the iPad. This price point opens it up to a whole new market.

More importantly, the Jelly Bean OS scales beautifully to the tablet format, unlike earlier versions of the Android firmware. 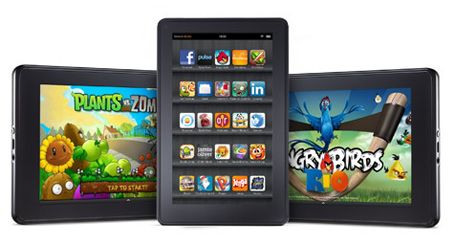 Here in the UK, it's easy to overlook the fact that the first truly successful iPad rival launched almost a year ago. Amazon's Kindle Fire was boldly different, affordable, popular, but only available in the US.

Don't worry, though: the Amazon Kindle Fire 2 is set to be unveiled on September 6th, and hopefully its availability outside of America will be confirmed during the keynote. Amazon has even paved the way for this by launching the Amazon Appstore in the UK.

Other than that, expect it to be built on Android (but with a unique UI) and to improve on the first Fire's iffy build quality. There are also rumours of a 10-inch model. 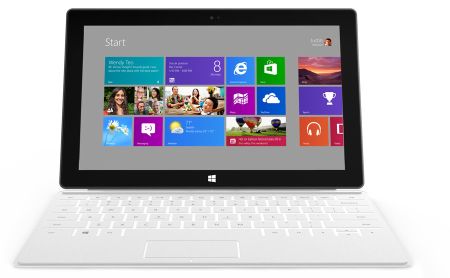 While Amazon and Google are proving to be formidable iPad rivals, there's one major player who could conceivably trump them both and steal the iPad's thunder in 2012. Microsoft will launch Windows 8 on October 26th, and its key selling point is that it will run on both desktop PCs and tablets.

To drive that point home, Microsoft is taking the unusual step of making its very own tablet device: the Surface. Thin, stylish, yet with the power and functionality of a laptop (it'll come with a physical keyboard built into its cover), Surface could be the biggest thing to happen to tablets since the first iPad.

It'll also come in two flavours: one with full Windows 8 and a powerful dual-core Intel Core i5 processor, and one with the stripped-back Windows RT version of the operating system and familiar ARM hardware.

In the wake of the launch of the original iPad, Samsung was arguably the only tablet manufacturer to present anything like a challenge to Apple with a string of decent devices. As a result, it's got more experience making accomplished Android tablets than anyone else.

If we're being brutally honest, though, we doubt this is different or special enough to rival the iPad, but it's still a very good tablet.

Samsung isn't one for putting all its eggs into one basket... in spite of its huge success on the Android platform. As such, it's not surprising to learn that it has a Windows 8 tablet in the works. It's also a further sign that Microsoft's new platform will be a major threat to the iPad.

The Samsung ATIV Tab uses Windows 8 RT, which means it runs the lighter, curated version of Windows 8 rather than the full-on desktop edition.

Considering the ATIV won't be the highest spec tab on the market (it's powered by a 1.5GHz dual-core CPU) and that it sports a standard 1366x768 display, the biggest thing going for the tablet (after Windows 8) should be a much lower price tag than the iPad's £400.

While Samsung blazed a trail in the Android tablet market, it's arguably Asus that's created the best products. Not only is it the manufacturer behind the Google Nexus 7, but it's also turned out some excellent tablets of its own.

By kitting out the Transformer Pad Infinity with a Retina display-like 1920x1200 10.1-inch screen, quad-core CPU, and nifty keyboard dock, Asus is clearly gunning for the latest iPad.

The only thing that holds it back is a rather steep price, which could prove fatal to its chances.

Lenovo's better known for its stellar laptops than its tablets, but with Windows 8 working across both form factors, all the old dividing lines are gone. The Lenovo ThinkPad Tablet 2 may, therefore, provide some major competition to the iPad in the enterprise stakes.

All those business types carrying their iPads on the train could soon be ditching them - not to mention their netbooks - for ThinkPad 2s.

Not only is there the typical Lenovo sturdiness to consider, but also the solid keyboard dock, full Windows 8, the speedy Atom processor, and the full-sized USB ports.


Here's another PC giant having a go at tablets. Of course, Dell has tried to make inroads in this market before with the ill-fated Dell Streak series, but that was in the unproductive early Android tablet days. The Dell XPS 10 is another Windows 8 hybrid, and Dell knows Windows rather well.

The XPS 10 is a sleek-looking carbon fiber number that slots into its keyboard dock like, well, an extremely compact Dell laptop.

Because it runs on the lighter, cheaper Windows 8 RT OS, the XPS 10 will be very competitively priced. Dell's the world's third biggest PC maker, after all, so don't dismiss it.


Poor old HTC hasn't had much luck with tablets. It sold precisely three units (well, maybe more) of its HTC Flyer despite it being packed full of innovative touches like a stylus and a then-unfashionable 7-inch screen. In those respects, it was almost ahead of its time.

Fortunately, the Taiwanese manufacturer isn't giving up on its innovative approach judging by recent Twitter rumours of a striking 10-inch device. Some leaked snaps suggest an unusual asymmetrical device that looks a bit like an iMac, complete with one very chunky side - presumably for holding it in portrait view.

In a very me-too field, any hind of innovation from a major manufacturer has to be a worry for Apple. Let's hope these rumours are true.


The final and potentially biggest rival to the new iPad is... the iPad! Or rather, the much-rumoured iPad mini. While nothing about the iPad mini has been confirmed by The Big A as yet, the old adage that there's no smoke without fire usually applies in the world of tech - and there's been so much smoke surrounding the iPad mini we can hardly breath.

Reports suggest the iPad mini will be a 7.85-inch slate that will share the iPad's 4:3 aspect ratio. It'll have a thin bezel, making it more portable and sleek than the tubby old iPad.

It should also be relatively cheap in order to compete with the Nexus 7 and Kindle Fire. Will Apple's plan backfire and the iPad mini eat into its own iPad sales? We should find out over the coming weeks.

Apple told off for not protecting users from misleading 'free' apps

European Commission: You should only call a game free if the player has 'no possibility of making in-app purchases'