August is over. We've swung hammers and defended hotels on iOS. And over on Android, we've avoided zombies and looted tombs. Now, it's September's turn to shine.

This month promises to serve up an absolutely bounty of games, from developers like Double Fine and BioWare. We're expecting ambitious RPGs, remakes of much-loved games, and super-tough time sinks.

Please note that while we expect these games to hit the App Store or Google Play in September, there's a good chance that unexpected delays and last-minute decisions could push any of these apps into October.

Jet Set Radio
By Sega - coming to iPhone, iPad, and Android "this summer" 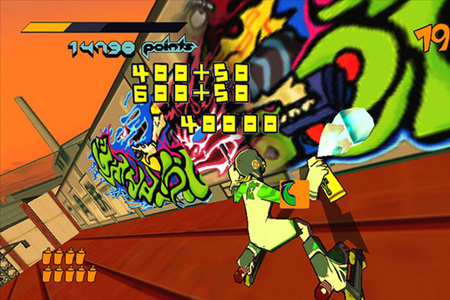 Recently, Sega has been resurrecting old Dreamcast games at a faster pace than Hollywood can remake movies from the '80s. Luckily for us, Android and iOS gamers will get a look-in with Sega's latest comeback kid: Jet Set Radio.

Expect a high-octane rollerblading game with an arresting visual style and a cacophonous J-pop soundtrack. Here's a cool feature: you can use photos from your Camera Roll as your graffiti tag. We're going to cover Shibuya in Pocket Gamer logos. 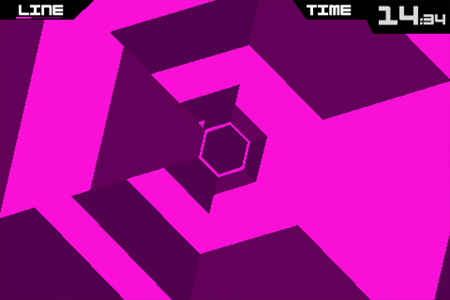 Terry Cavanagh's trippy new game Super Hexagon can be maddeningly, soul-crushingly hard. But, what else would you expect from the creator of VVVVVV?

Put simply, you orbit a hexagon-shaped planet and dodge left and right to avoid incoming barriers that slam against the shape's six sides. Then, things get tricky: the game speeds up, barriers twist and morph, and the hexagon turns into another shape. It's shout-rude-words-at-your-iPhone hard.

Double Fine is not a predictable company. This is the developer that's made games about Russian dolls, Metal album covers, and a summer camp for psychics. So, while Middle Manager of Justice might look like yet another freemium time sink, don't be too hasty with your assumptions.

The game has you managing superheroes, building a secret base, and sending your assembled league of crusaders out to punch baddies. Expect lots of humour when it goes into beta in Canada this month. 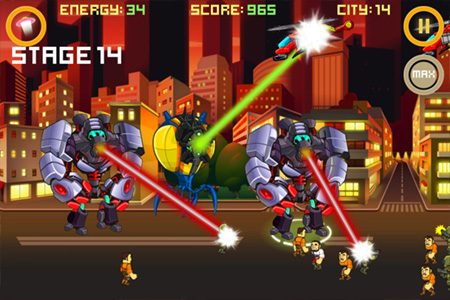 Robots Attack is one game that really relies on the iPad's multi-touch display. You preside over an army of five marching robots, and moving them into formation, selecting the target of their lasers, and recharging their batteries requires some seriously smart multitasking.

All this juggling is in aid of your earth domination plan, where your massive mechanised bots take out the military and its toys, while snacking on random civilians for currency.

Wild Blood is Gameloft's first Unreal Engine 3-powered game, and it's looking suitably scrumptious. In this God of War-style hack 'n' slash gore-fest, Epic's engine is put to work in rendering magic powers and lots and lots of spilled blood.

That's about all we really know at this point. Even after (begrudgingly) liking Gameloft's Facebook page to find out more, all we discovered is that Wild Blood features a man with a very big sword.

But, then, do you really need to know anything else?

Wimp
By FlexileStudio - coming to iPhone and iPad in September 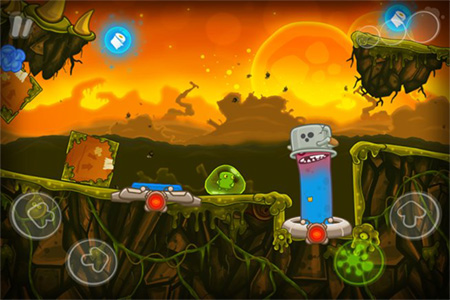 It's not often that an indie developer's first game looks this polished and refined. Wimp (which stands for the grammatically troublesome Where Is My Panties), by FlexileStudio, is shaping up to be a really stellar little platformer.

It's all about the physics. Your alien-like character (who moves about in a sticky ball of gelatinous goo) can shove boxes and manipulate the environment. He can also glue himself to platforms for more tricky jumping bits. Looks good, and it's out in September. 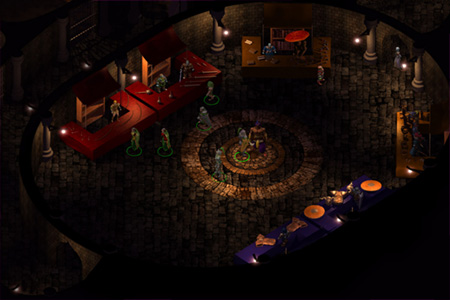 Before releasing Mass Effect and Dragon Age, BioWare put out a little Dungeons & Dragons RPG called Baldur's Gate. It was all about slaying monsters, chatting to other characters, and trying to decide whether to be good or evil.

An enhanced edition is coming to iPad in September. Not only do you get the original game, but you'll also be treated to a whole new chapter, a bunch of little enhancements, and a band of fresh faces to meet (or kill, if that's more your bag).

Fruitorious
By Infinite State Games - coming to iPhone in September

We'll admit, we might be including Fruitorious on this list based on nothing more than its barmy teaser trailer. Part-making of, part-mockumentary, part-satire, this promo vid is an object lesson in effective marketing for all would-be indie devs.

The actual game is a quirky mix of Doodle Jump and To-Fu, where you fire a snake-like procession of fruit into the sky and then bounce it from platform to platform. The graphics are actually clay models, which were photographed and slapped into the game. 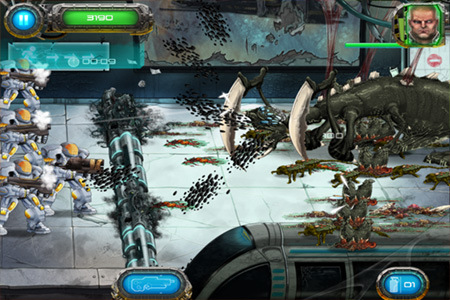 It's Soldier vs Aliens. Note the singular on Soldier. Yes, it does sound like a mightily unfair fight, we agree. To even the odds slightly, you'll be given nine upgradable weapons with which to fend off those nasty xenomorphs.

Those will come in handy during the game's 50 campaign levels, and the endless survival mode. For a game about shooting monstrous aliens to smithereens, it does look rather pretty.