Once upon a time, Green Day packed its snot-core anthems with biting social commentary and anti-war rallying calls. Now, all three members have been drawn as cartoon pigs.

But, video games and musicians have always had an uncomfortable relationship. Ever since Data Age (unsuccessfully) tried to make an Atari 2600 sound chip belt out Journey's 'Don't Stop Believin', bands and games have been awkward bedfellows.

Here are some noteworthy attempts at music tie-ins from the world of handheld and social, though. Have we missed a favourite? Did you especially enjoy the Jonas Brothers game on DS? Let us know in the comments section below. 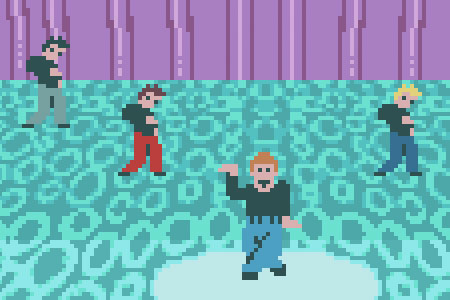 In this rousing mini-game collection, you play as 'N Sync's #1 fan (then again, you'd have to be to spend money on this shameless cash-in). That apparently makes you qualified to ferry Justin Timberlake and friends to a gig.

Along the way, you'll need to run errands (Lance needs some stamps, Joey's gotta have a donut) and play some mini-games (making burgers, playing hacky sack). Finish the lot, and you're treated to an astonishing two-minute-long dance sequence. 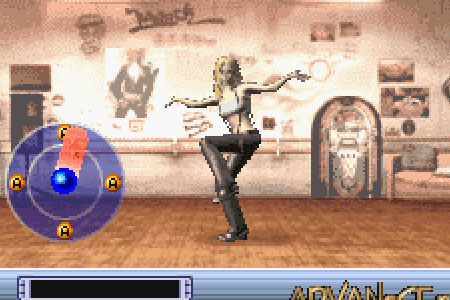 This one's actually about the music. You're '90s sexpot Britney Spears (pre-head shaving, K-Fed, and all) and you jive along to synth-heavy chiptune renditions of classic tracks like '...Baby One More Time'.

It's Dance Dance Revolution for your fingers, where you endlessly tap the console's face buttons in time with the song. All the while, a gyrating 3D-rendered Britney dances in the background.

I say 'dances'. It actually looks like she's snagged her skin-tight latex suit on an electric fence, and 50,000 volts are coursing through her tiny frame. 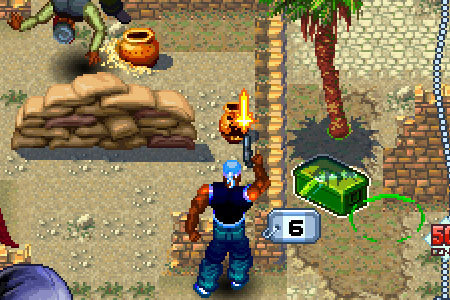 50 Cent's second shooter was a lot of fun. Hey! Stop giggling. It's true - turn off the soundtrack and treat it as a campy co-op romp, and you'll find it's quite an enjoyable little blaster.

In the game, Fiddy performs a rap concert in an urban warzone, and gets paid by way of a diamond-encrusted skull. When the blinged-up brainbox is nicked, Mr Cent and friends head off on a whirlwind tour of the Middle East and rack up a higher bodycount than Rambo.

We haven't played this mobile port, but it apparently has a "brutal counter kill system". Oh, and a member of G-Unit will fight by your side. Splendid. 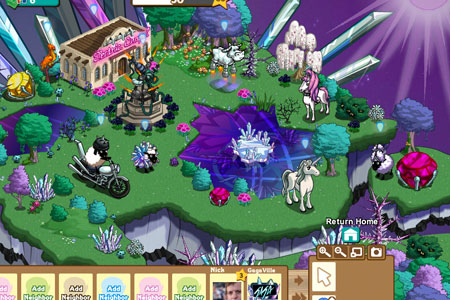 Sadly, GagaVille has since been shut down. All the electric roses have been pulled out, and rumours suggest that the cow with a metal mohawk was shipped off to McDonald's for promotional Gaga-burgers. 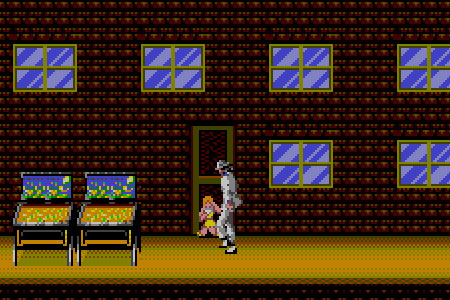 They say hindsight is 20/20. So, with my retrospective laser vision, it's now quite obvious that a game about Michael Jackson kicking down doors to find cowering, weeping children was obviously not the best idea in the world.*

In each level, Jacko waltzes through clubs and caverns, hunting down kidnapped kids. He beats up enemies with his deadly dance moves, and sometimes transforms into a car or spaceship for some reason.

*Steel Media would like to make it absolutely clear that Michael Jackson was acquitted of all charges related to child molestation. Also: Moonwalker never officially came out on Game Gear, but I'd already written the article when I realised it was just a bootleg copy. Whoops!