Back to School: The Angry Birds Seasons guide

Well, you're in luck, because Rovio has bundled the iconic images of numerous yearly hols - from Halloween to Christmas - into bonus batches of Angry Birds levels. It's called Angry Birds Seasons.

The latest update is something of a downer. It reminds us that summer is coming to an end, and we'll all* be going back to school soon. But, don't get too depressed - this bumper Seasons pack might just cheer you up.

It comes with 20 stages, featuring scholastic sights like books, blackboards, apples, and teachers. And you can exact your revenge on these educational establishments by slamming angry birds into them. 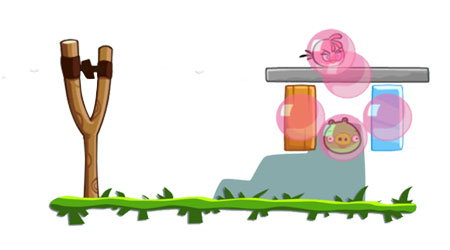 When fired, you can tap the screen to make her blow a number of bubbles. Anything caught in these bubbles - including pigs and any level-building material - will momentarily float into the air, then crash back down to earth.

You can use this technique to drop bits of masonry on a pig's head. You can also use it to lift up the corner of a structure, but blocks that are buried under too much rubble will refuse to budge.

*Well. Not all of us. We've got jobs and stuff. But you catch our drift.

If you're stuck on a particularly tough stage, just watch the pros in action at the links below (more to come).

There's only one Golden Egg to hunt down in Back to School, and it's pretty easy to find. Once it's yours, an egg will appear on the screen to the right of this season's level list. Tap it to play a fun bonus level. 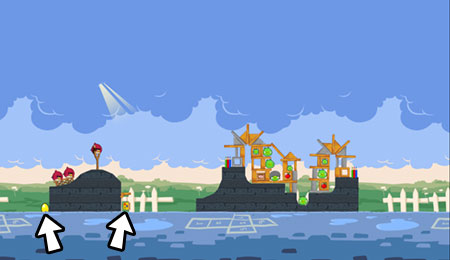 This golden egg may be out in the open for all to see, but actually collecting it is no easy task. First of all, bounce a bird off the corner of the structure on the right so that he takes out the hanging "ABC" book.

This will cause a stone to appear on the left of the stage. Now, fire a bird backwards at a very small angle so it essentially rolls down the wooden platform. The bird should bounce off the stone and crack the egg. 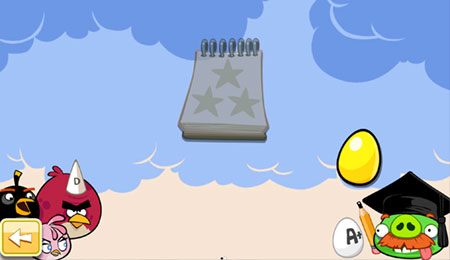 To get this egg, you'll need to earn three stars on all stages in the Back to School theme for Angry Birds Seasons. Good luck!