Last week, we looked at the official Olympics video games for handhelds. Po-faced sport simulators, they were, designed to accurately replicate the time-honoured arts of throwing a stick and running really fast.

If, however, these dull-as-ditchwater sports sims bore you to tears, we've picked out some alternatives. These are barmy, unrealistic, and downright hilarious takes on the Olympics, which simply refuse to take themselves seriously.

From bouncy horses to tennis-watching simulators, we've picked out five iPhone and iPad games that let you get into the Olympic spirit even if you're allergic to sports, medals, and ceremonies.

QWOP
By Bennett Foddy - buy on iPhone and iPad 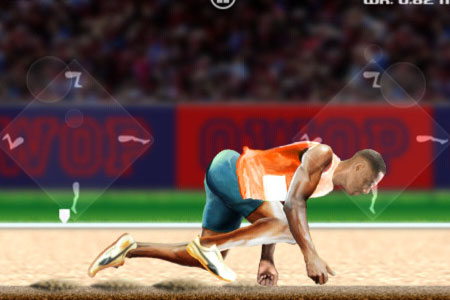 In button-mashing sprint sim Track & Field, you could theoretically run for as far as your weary fingers would let you. But, in QWOP, just striding over the start line requires a herculean effort.

That's because you're charged with controlling the individual limbs of your ungainly athlete. You play puppeteer, and you've got to figure out the exact finger-tapping rhythm needed to put one virtual foot in front of the other.

Even if you never see the finish line, just watching your clumsy sprinter collapse into a heap of bent-back limbs is worth the admission price. 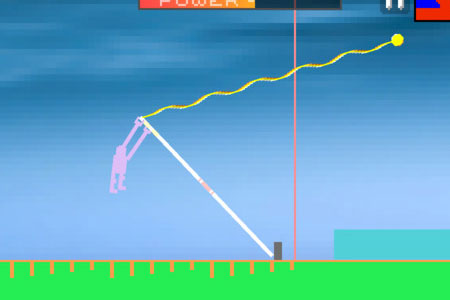 I don't think Justin Smith has ever seen the Olympic Games. In fact, imagine an excitable four-year-old describing each event. Then, imagine someone made a game about that. Done. So, canoes fly into the air, horses bounce on springs, and weightlifters catch falling barbells.

In each event, you control your athlete with a springy, high-tensile tether. So, to throw a javelin, for example, you need to sling your thrower into the air, and then snap him back when he lets go of the spear. It's hardly realistic, but it's so funny we won't take Justin to court for misleading advertising.

Taiso
By Zacozaco - download free on iPhone and iPad 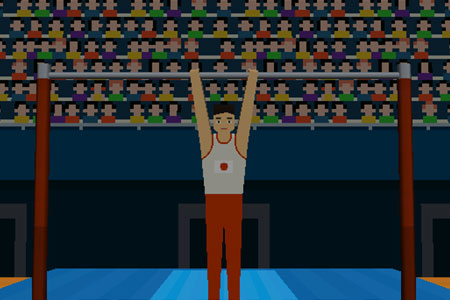 Unlike the other titles in this line-up, Taiso actually requires a bit of movement and physical exertion on your part. When your blocky gymnast leaves the high bar, you've got to literally spin your iPhone in rapid pirouettes to earn points, then safely set it back down to make the landing.

It's utterly ridiculous, and it will probably only keep you interested for about five minutes before you get bored and try something else. Just like the real gymnastics, then.

Oh - a word of warning. Please don't drop your iPhone. Pocket Gamer takes no responsibility for gadgets that are smashed during playtime.

King Of Tennis
By Poppy - download free on iPhone and iPad 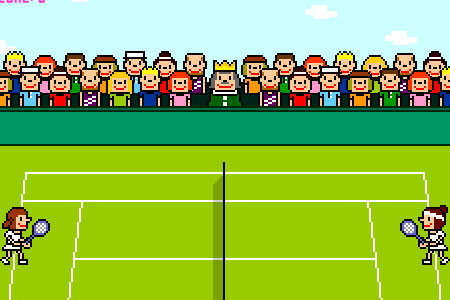 Being an athlete is hard work, but being a monarch is no walk in the park, either. As the Queen expertly demonstrated during the London 2012 opening ceremony, paying attention to your subjects can be really tough.

King Of Tennis lets you practise the patient art of 'pretending to be interested in sport' in case you ever become a head of state.

During a heated tennis match, you tap the screen to turn your head, and keep your eye on the ball. Silly, but fun. 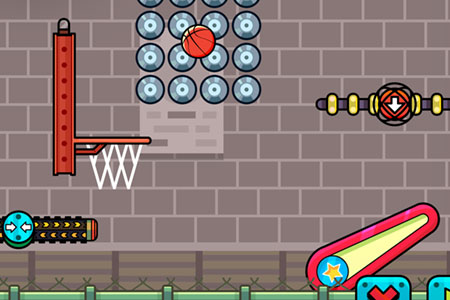 According to its creator, Gasketball is the only sport better than basketball. So, if you think Kobe Bryant's efforts on the court are somewhat lame, Gasketball's robots, flaming balls, spinning saw blades, and intergalactic dunks should grab your attention.

It's an asynchronous, shot-for-shot matching game. Player one sets up a crazy and convoluted shot (over the saw, along the conveyer belt, off the pinball bumper, and into the net), and player two has got to score. Or she will be branded a HORSE. Forever.

How to make your critters happy: Happy Street tips, tricks, and hints