Balls at the ready

One of the greatest features of Rovio's physics-puzzler Amazing Alex is its built-in level editor, which allows you to create custom puzzles using a range of toys and gadgets.

If you fancy creating some masterpieces (or any old rubbish), be sure to check out our handy guide to creating and sharing your very own levels.

If, however, you just want to play some of the stages created by the Amazing Alex community, read on: we scoured the 30,000-odd levels available, and picked out ten of the best, wackiest, and most difficult for your delectation.

Made your own stage? Chuck a link in the comments so that Pocket Gamer readers can have a crack at it! 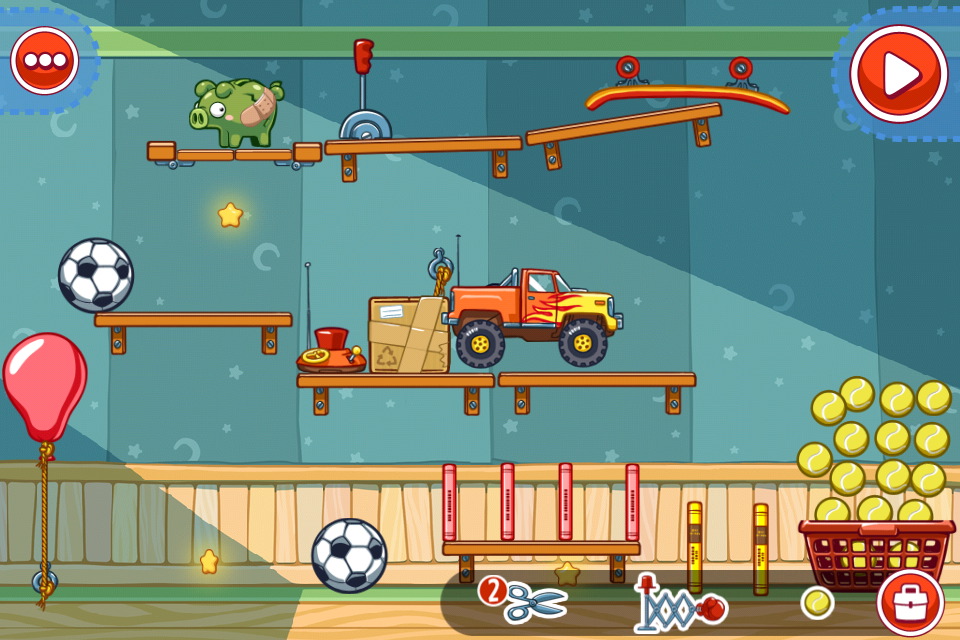 We chose this user-created stage simply because it's jam-packed with more toys than your local Argos (and because it's been featured by Rovio).

At first glance, it looks ruddy difficult. Which is probably because it is. 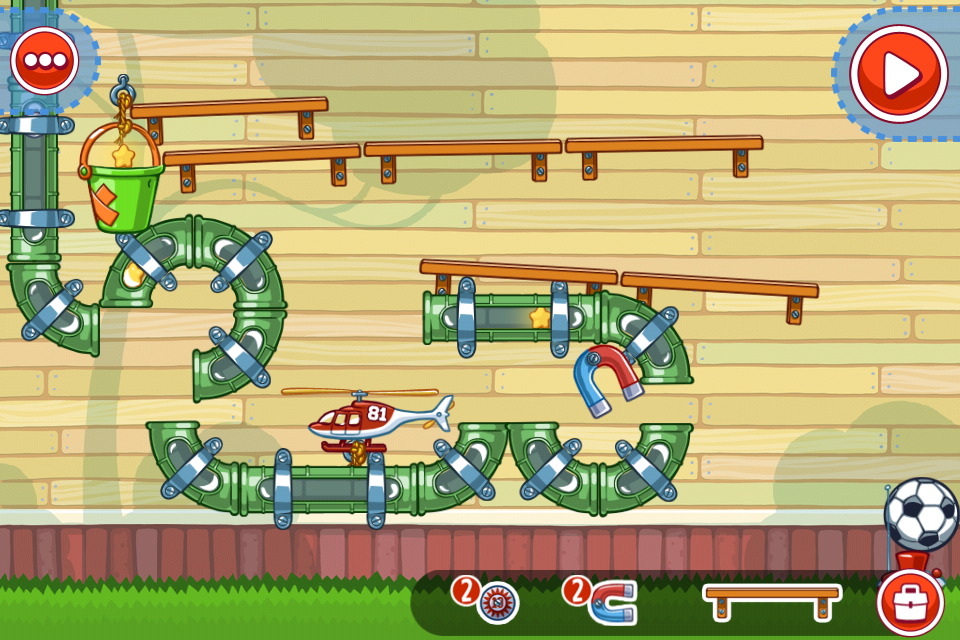 This stage features more green pipes than an average Mario nightmare, and while it may look easy from the screenshot, I can assure you it's rather tricky.

Stay away from this level until you've mastered magnets and bumpers. 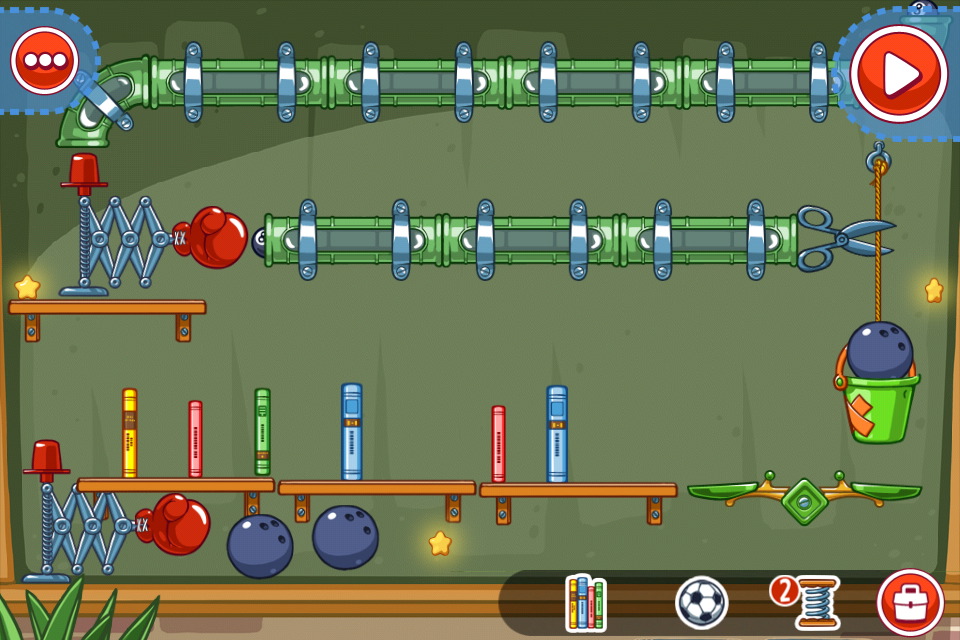 My Level is actually a relatively simple stage, but its selection of toys and household items means it features one of the most satisfying chain reactions you're likely to find outside of a domino hall.

Set it up, sit back, and enjoy. 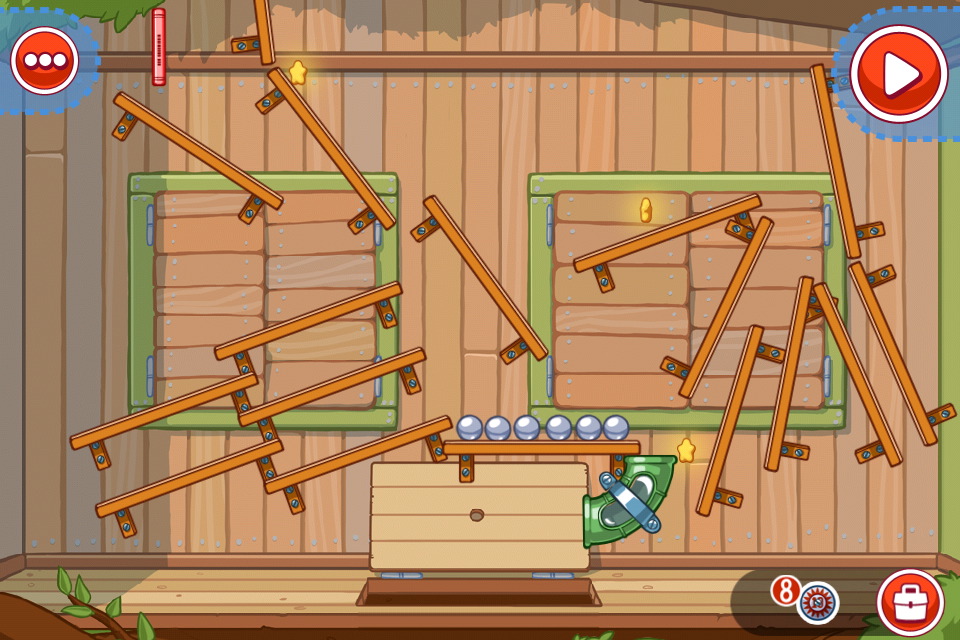 In order to complete Bumper Revenge, you have to utilise a falling book (that kick-starts the movement of six pinballs) and eight small bumpers.

Basically, it's just like pinball, but with more shelves.

Harder Than it Look 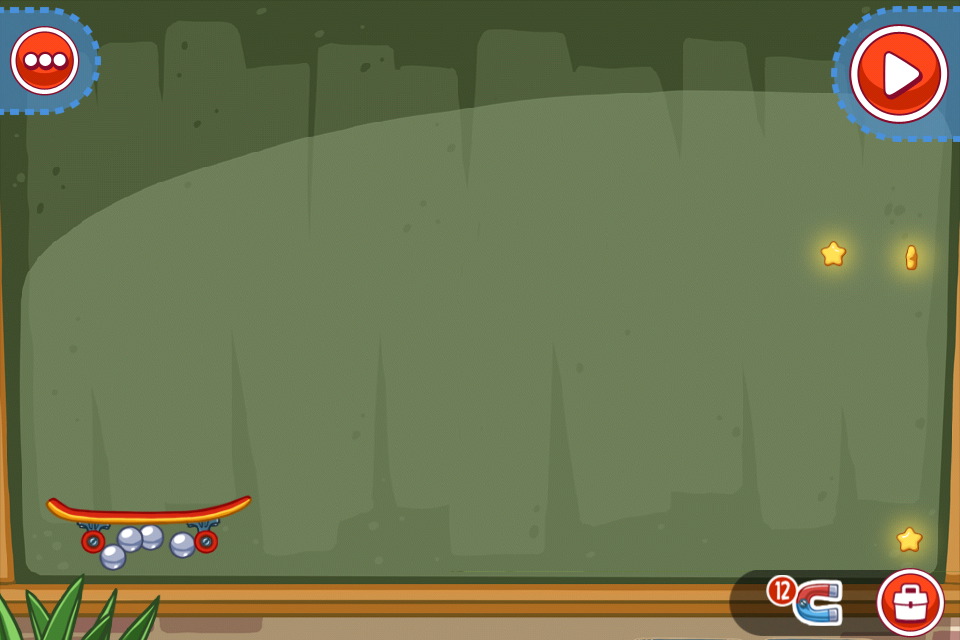 No other user-created Amazing Alex stage has a more apt title - this stage is a lot harder than it looks.

Using up to 12 magnets, you have to propel a skateboard into the air, pull off one of Tony Hawk's infamous 1080 spins (if you're so inclined), and nab all three stars. 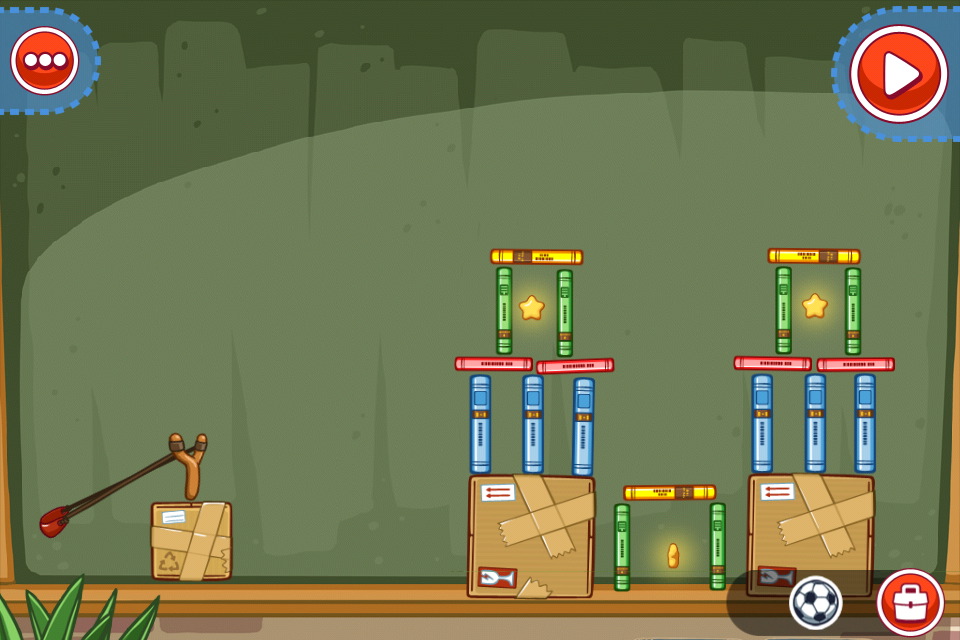 Inspired by Rovio's most popular IP, Angry Birds, this level tasks you with firing a soccer ball from a catapult (slingshot) in order to destroy a fort constructed from books.

There are no green piggies in sight. Thank heavens. 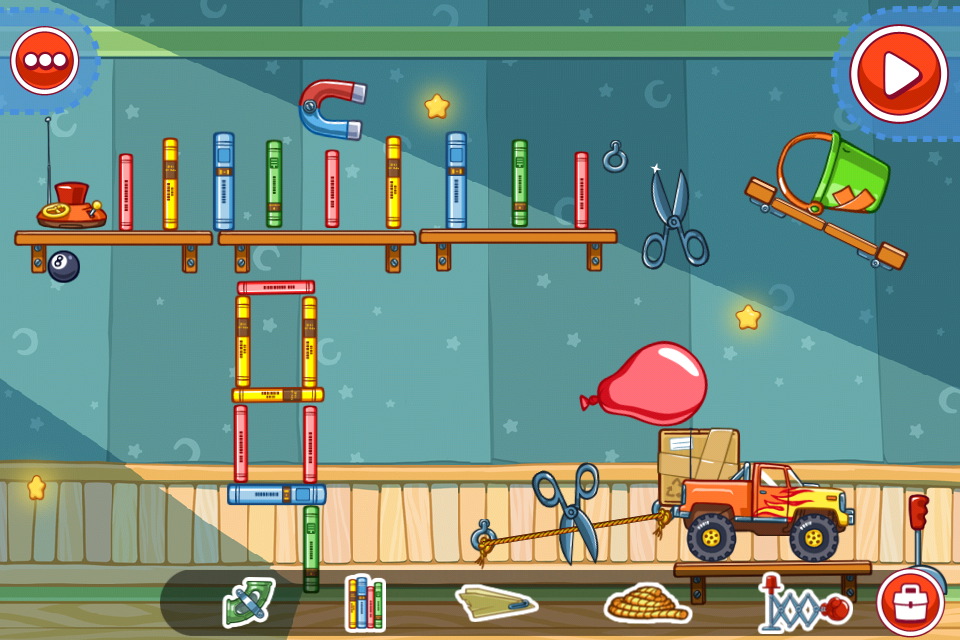 Chaos by name, chaos by nature.

Once you've finally managed to work out where you're supposed to start with this puzzle, you're presented with a whole bunch of different toys and items to choose from to complete your task, including books, a section of pipe, and a boxing glove. 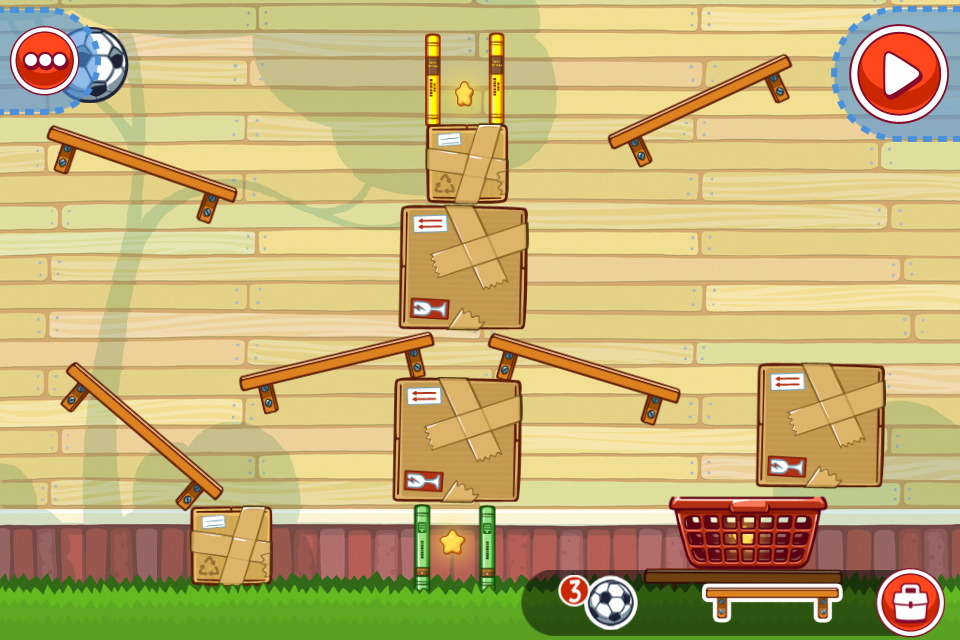 How do you defeat a massive robot that's made of cardboard boxes? You fire soccer balls at it, of course.

If you want to collect all three stars, you'll have to knock the robot's head off, take his legs away from beneath him, and keep your fingers crossed that a stray ball lands in the basket next to him. 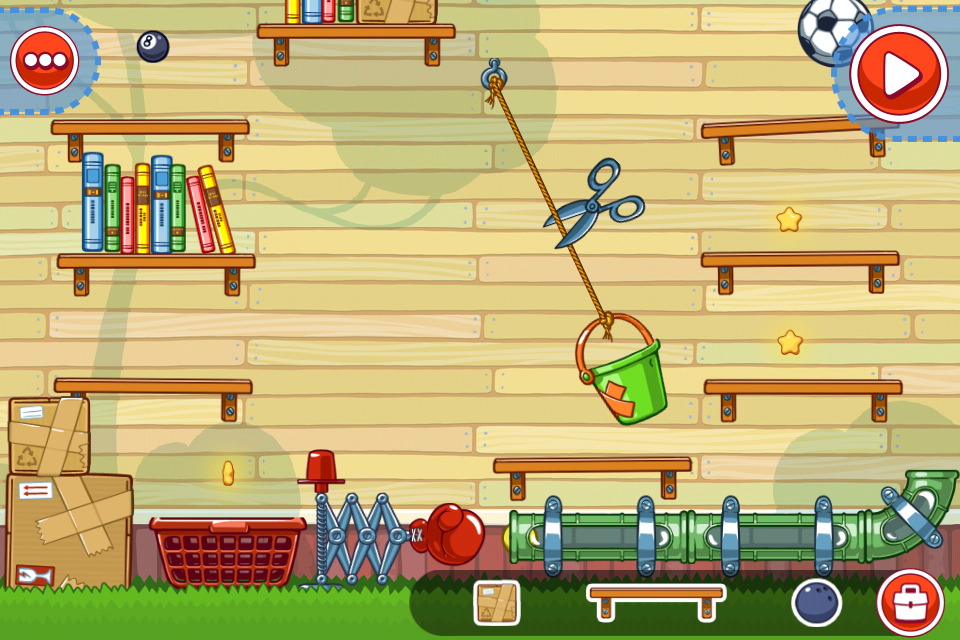 This level's falling balls, swinging buckets, and all-conquering boxing glove make it look like an extremely colourful deleted scene from The Goonies movie.

Unfortunately, Project I isn't quite as forgiving as the crooked Fratelli family, so be prepared to rack your brains with this one. 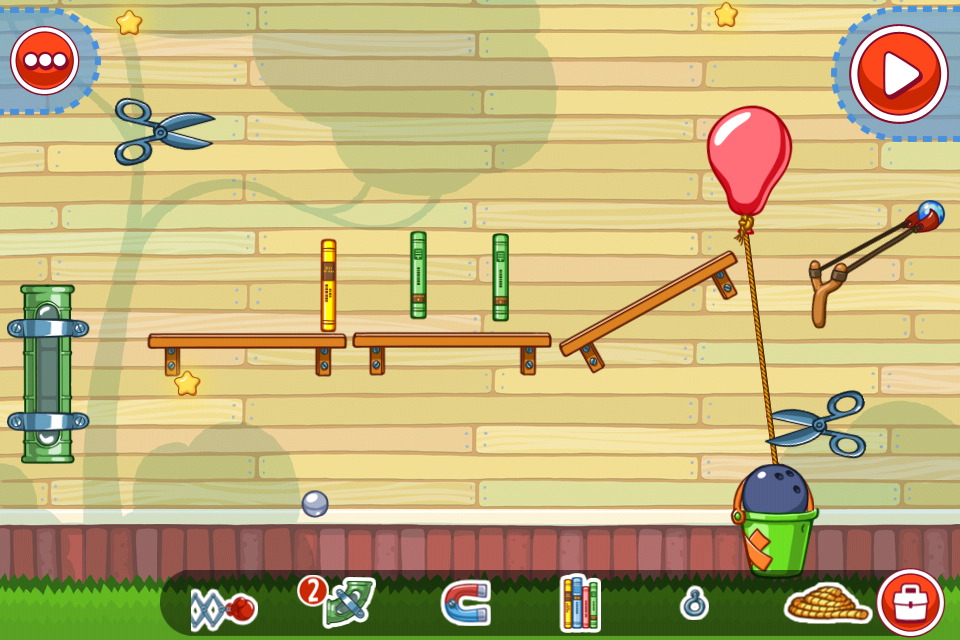 Tom Cruise is still a bit weepy following his divorce from Katie Holmes, so it's your responsibility to complete this 'impossible' mission.

Thankfully, this particular mission is to collect three stars, not prevent a terrorist organisation from releasing a deadly virus. Although, you could probably accomplish that, as well. In this level, you're given access to more gadgets than James Bond and Batman combined, after all.

How to create contraptions - Amazing Alex tips, walkthrough, and cheats