Attack of the birdmen

Hello, and welcome to the mid-week releases - a weekly feature where we step forward in time and report on the games that are due to launch tomorrow on iOS. We do this via a complicated time machine, which Ant normally operates with his usual professionalism and diligence.

Alas, due to an accident in which a sparrow flew through an open window and into the machine just as it was activated, Ant has been whisked away to an alternative dimension where birdmen are king.

We're currently in active negotiations with the birdmen to get Ant back. We'll keep you posted on developments, of course. In the meantime, here are tomorrow's games, today!

Pandas! Is there a creature on earth better suited to anthropomorphic madcap fun than this family-favourite bear?! Other than the humble sloth and sexy female fox, of course.

The maker of Splash!!! hopes not, for this physics-puzzler puts you in control of said cuddly/ rubbish-at-mating bear who hopes to reclaim his lost rubber ducks.

There are 60 levels spread across "four universes", and some water-based physics to muse over as you endlessly chew through your own weight in bamboo and ignore the other gender. 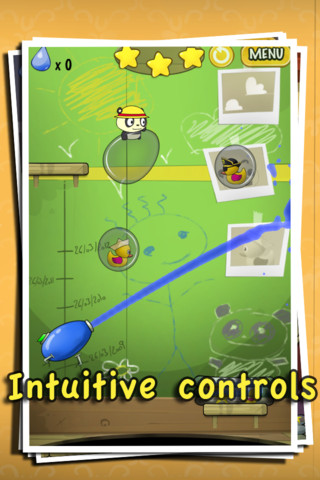 A fox that can fly? That makes about as much sense as the whole time machine thing [that's it, throw them off the scent - Ed], yet that's exactly what Chillingo's Sly Fox is all about.

As with most foxes, the star of Sly Fox appears to have an unhealthy obsession with stealing hens. Your task, therefore, is to swoop down and steal the dumb clucking fools as they frolic around on the two-dimensional farm.

There are 60 levels to get stuck into, explosives to avoid, and one of those slightly disturbing 'female fox' anthropomorphic characters with big eyelashes to deal with. The dev also claims you'll need to use your "head AND reflexes" to play properly. Unique! 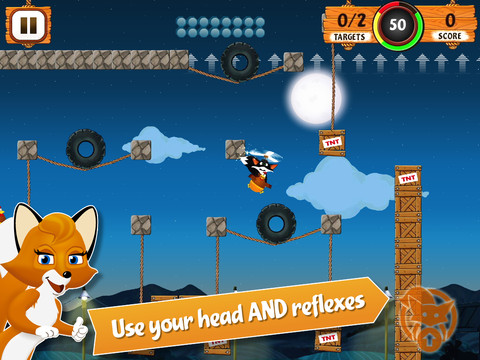 By Billy Goat Entertainment - buy for iPhone and iPad

Pedal faster! Stop going slowly! Hit him! Yes, my knowledge of professional cycling is somewhat limited, so if you're expecting an in-depth analysis of Chain Reaction Cycles Pro-Cycling, you're out of luck.

What I can tell you is that this is the latest game from Billy Goat Entertainment, and it features your attempting to break the virtual tendons in your cyclist's legs as he pushes it to the limit over a series of roads.

There's some officially licensed cycling gear to unlock, as well as a two-player mode over Bluetooth. For extra meta-gaming points, you can also try and play it while riding a bicycle (do not play on your iPhone while riding your bicycle). 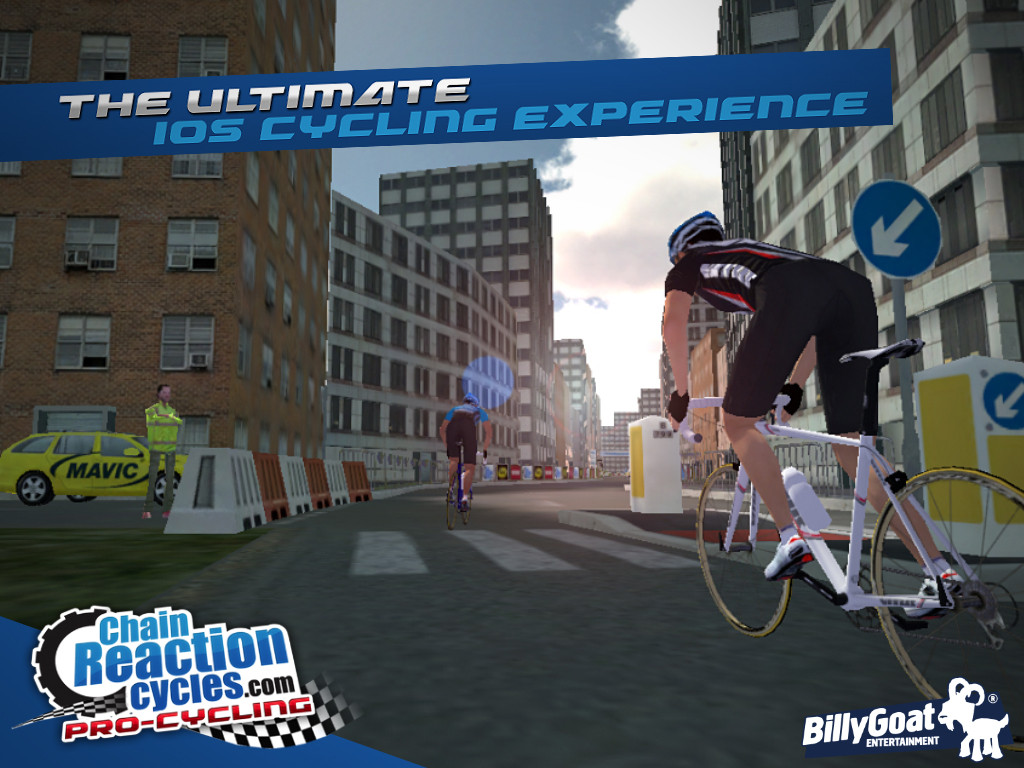 Jelly Jumpers takes its cue from perpetual climbing games like Doodle Jump, in which you have to get your funky coloured character up the screen - avoiding obstacles and jumping on objects.

You should probably know the drill by now, really - the higher you go, the better your score. Collecting coins and power-ups will help you out, while you have three different characters to pick from.

The game mentions in its feature list that its "simple touch controls mean anyone can play". What about those of us without fingers, Jelly Jumpers? Didn't think of that, did you? 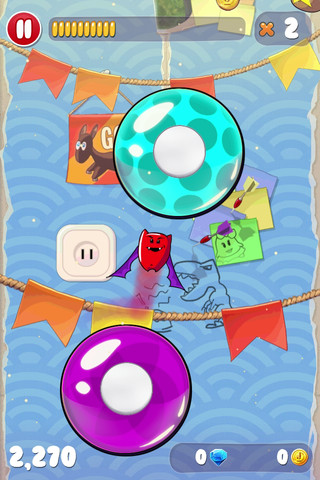 Synesthetic
By Alex Dantis - buy for iPhone and iPad

A mixture of some of the best PC music hits like Audiosurf and Proun, Synesthetic dips into your music library and creates colourful (and obstacle-strewn) 3D courses from the frequencies and 'beats'.

The creator promises that the game runs at a face-melting 60 frames per seconds on all iOS devices. It also includes three game modes for each song (as well as separate leaderboards for each song you load in).

That means I may be able to finally achieve my dream of topping a leaderboard for longer than a day or two, even if it will only be for that Christmas classic Mr Blobby.

"Guys! We need a new spin on Angry Birds, preferably with some kind of adjective in front of an animal name. Let's blue-sky."

"How about cows? They could be mad - you know, foot-and-mouth disease an' all that?"

And so Mad Cows was born (probably). In the game's defence, it does come with a multiplayer mode for two players to 'go at it' with a selection of six farmyard animals, too. 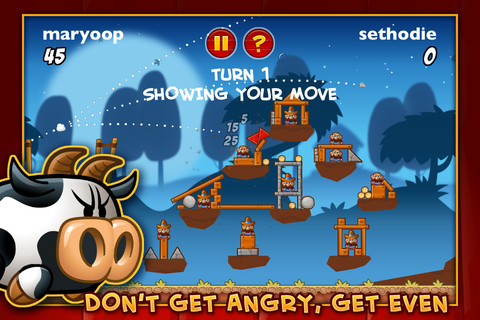 Do you like commanding armies of tiny people? Do you enjoy side-scrolling action games? Do you love marketing material with barely clothed cartoon women that bear no resemblance to the game in question?

If you answered 'yes' to all of the above, then Pocket Army may well be up your street. Along with scantily clad females, the game contains a multiplayer mode where you get to lead your assembled group of fantasy archetypes into battle, which is a break from the norm.

There are a variety of units and skills to master, as well as boss battles and a campaign mode to sink your teeth into. The game also fits in your pocket by default (unless you're playing on the iPad).

Day 3 of the Xperia scavenger hunt - win an Xperia S and more!