Sega has announced that Sonic & Sega All-Stars Racing Transformed will speed onto the Xbox 360, PlayStation 3, and - most importantly for pocket-gaming fans - the PS Vita and 3DS on November 16th.

As we mentioned in our previous coverage of Sonic & Sega All-Stars Racing Transformed, this upcoming racer's biggest selling point is likely to be its all-new transforming vehicles, which can take the form of a car, a plane, and a boat when needed.

Although we still know very little about the number of tracks, weapons, and game modes in Sonic & Sega All-Stars Racing Transformed, we do know that Nights, the protagonist from cult title Nights into Dreams, will be available as a new playable character.

Check out the new trailer, which was released during Comic-Con, below. 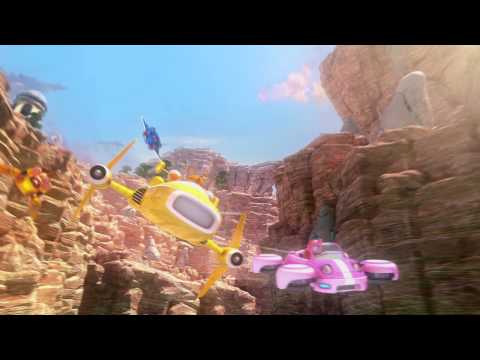 Sonic Racing director wants to include characters from Capcom and Namco

Gamescom '12: Try and keep up with the new Sonic & All-Stars Racing Transformed trailer