Just how big is the Nintendo 3DS XL, anyway?

We compare Nintendo's new handheld to the Vita, 3DS, iPhone, and more

Earlier this morning, Nintendo announced the 3DS XL - a king-sized version of its 3D handheld with 90 per cent more screen real estate. It will be out in Europe on July 28th.

But, just how big is this bumper console? When folded open, could be it be used as an aeroplane hangar for holding jumbo jets? If it was thrown in the ocean, could it legally be described as an island? Is it, *gasp!*, bigger than a Vita?

Once Nintendo of Japan revealed the exact dimensions of the device, we went crazy with a ruler and started measuring everything in Pocket Gamer Towers. Nope, not that, silly.

Realising that you might not be so interested in the fact that a 3DS XL is, indeed, bigger than a Garibaldi biscuit, we then pitted it against some other handheld consoles to see which has the largest girth. The images below are shown to scale.

The Vita is the reigning king of the big handhelds. Unless you start looking on eBay for a Game Gear, the Vita is the biggest portable console money can buy. It's so big, in fact, that the screen alone is larger than an iPhone.

So, while the 3DS XL might be a bit of a beast, it's got nothing on the 182mm width of Sony's super-sized console.

The PSP was no teensy-weensy piece of tech, either. Even though the 2000 and 3000 (pictured) models were a millimetre slimmer than the first PSP, it's still one massive great handheld. You can blame the widescreen display for that.

It may be smaller than its successor, but the PSP is still a fatty at 169mm wide. 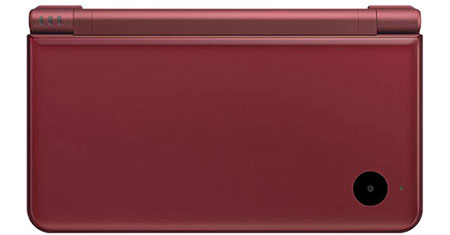 In 2009, Nintendo debuted this chunky version of its DSi - designed to be shared by multiple household members, or for Professor Layton addicts with dodgy eyesight. This thing was huge, and even bests the 3DS XL in terms of sheer enormity.

The DSi XL was a whopping 161mm wide, to accommodate a pair of massive touchscreens. 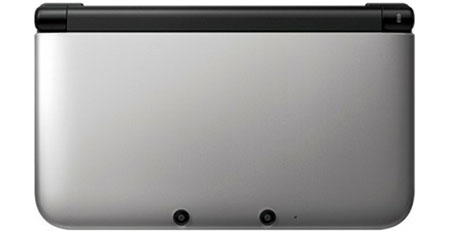 Here we go. Nintendo's new console, the 3DS XL, comfortably occupies the spot in the very middle of our comparison table. It's almost as if we planned for that to happen.

The console is pretty much identical to its smaller brother, save for some better buttons beneath the screen, a slightly more rounded figure, and - oh, yes! - that hefty 155mm width. Someone should be eating WeightWatchers yoghurts.

The DSi was no skinny bean. At 137mm, it's actually bigger than the chunky 3DS. It's just so thin and lean that it gets away with a slightly exaggerated width.

The previous DS model - the DS Lite - was considerably more svelte, at 133mm wide. The monstrous Nintendo DS, however, was 148.7mm wide, and it looked like a robot's toilet.

The 3DS might get teased for being an absolute bloody brick of a handheld, but it's actually not as wide as one might think. At 134mm, it's surprisingly low down our list.

And just for the sake of comparison, here's Apple's tiny iPhone. At just 115.2mm tall, it makes Nintendo and Sony's portables look like barrage balloons.

Still, with no thumbsticks or buttons, and a relatively small screen, it's not surprising that the iPhone is so slight. Whether the iPhone 5 will be so tiny, with that rumoured 4-inch screen an' all, will remain to be seen.

Gameplay video for Min: A Space Adventure on iOS

Buyers' Guide: How to get the cheapest Nintendo 3DS XL in the UK

Nintendo releasing Pink 3DS XL in the UK on May 31st