There's this addictive, snap-tooth trap that we all let ourselves stumble into every now and again. A game presents us with a tech tree, or an ocean of upgrades and tweaks, and we can't help but imagine how badass we'll feel when we've unlocked the lot.

It's the classic carrot-on-a-stick trick, whereby a developer dangles an enticing power fantasy in front of our noses and this encourages us to forget that the actual legwork to get there might not be so fun.

Radiangames's latest neon-soaked Xbox-import Inferno+ sets up the same trap, promising that by the end of the game your tiny ship will move lightning fast and spitting out rapidly-fired homing missiles while flanked by an army of support drones.

But, Inferno+ bucks the trend. This hypertensive adventure shmup - part twin-stick blaster, part level-based maze game - is not a grind: it's thrilling and fast. Enemies swarm on your location, the screen fills with ordnance, and success is all about diving and weaving through bullet-hell patterns of rocket fire.

Sure, it can be a slow burn. The first ten blue-hued levels are easy and docile. But it picks up in act two, as the enemies become more vicious, the mazes sink into hot orange, and the music shuffles to a high-tempo ditty I like to call "Pay Attention (Or You're Going to Die)".

And, in contrast with the unrelenting pace of Radiangames's score-focused arcaders, Inferno+ sometimes slows things down when you're hunting for a lost key, stumbling around for the exit, or trying to find the one destructive block in a wall.

Through hell and back

But in moments of war, Inferno+ has enough energy and verve to make up. Enemies are varied, attack patterns are hairy, and the Geometry Wars-inspired visual effects can be stunning.

Taken in total, the game's mix of bite-sized levels and that compulsive queue of bigger and better upgrades makes it much harder to put down than any of the developer's previous games - which is all the more impressive given that those games tend to be endless, while this one is confined to just 40 glorious stages. 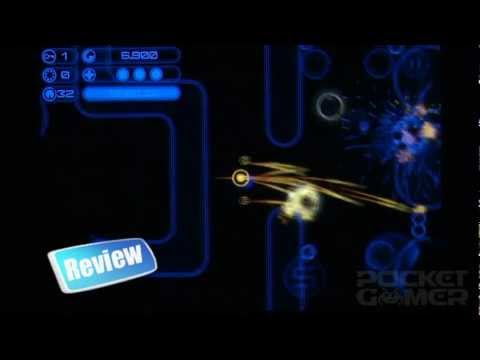 Want more? Check out our growing collection of Inferno+ articles!

Radiangames squeezes its frenzied twin-stick experience into a level-led maze game, and it's just as satisfying and addictive as the rest of the series
By Mark Brown
| May 31, 2012 |
iOS
Find out more about Inferno+