By Jonathan Morris
| May 1, 2012
Android + Mobile
Available on: Mobile

Later this year, Huawei will be growing its product line-up to include some real heavy hitters.

For now, it's continuing in its attempt to dominate at the lower end. With the prepay Ascend G300 costing just £100, (exclusively from Vodafone), here's another phone that demonstrates why you don't need to pay hundreds more for a smartphone with two, four, or even five cores to get a good experience of Android.

The G300 has a 1GHz Snapdragon processor, which was top-of-the-line just over a year ago.

Before you write it off, there are two things to consider. Firstly, do the apps you actually want to use need any more power than they did then? And secondly, do you want to shell out around £400 or sign up to an expensive monthly contract to get one of the new quad-core devices? 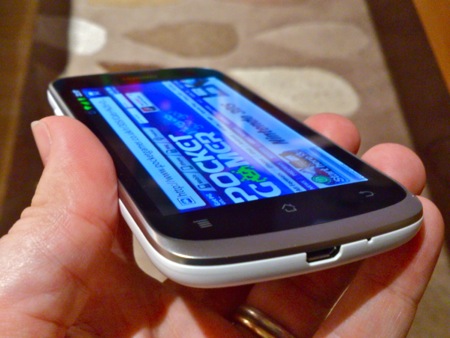 The G300 won't rival high-end devices for near console-like gaming experiences, but but Neocore benchmarking app reveals that the G300 can muster up 55.5 frames per second in its 3D test, so it's still more than capable of playing HD videos and running 3D games. 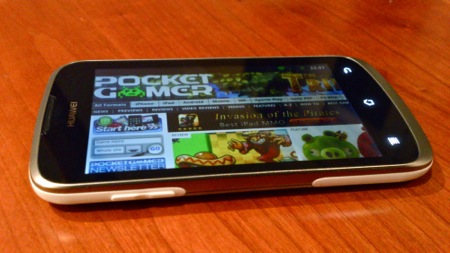 Huawei is even going to upgrade the operating system (from Android 2.3.6, which it comes with out of the box) to Android 4 in the near future. This will offer smoother menu transitions and a more uniform look and feel in the standard Google apps, like Gmail, Maps, Drive (the new service that includes Google Docs), and the Play store.

Not only does the G300 perform surprisingly well, but it looks pretty swish too. The phone has a generous 4-inch display (with 480x800 pixels) and its shiny silver front wraps around to form the shape of the rear battery cover, giving the impression of a more expensive unibody design.

Two volume keys and one for power are the only physical buttons, with three capacitive keys below the display for 'menu', 'home', and 'back'. 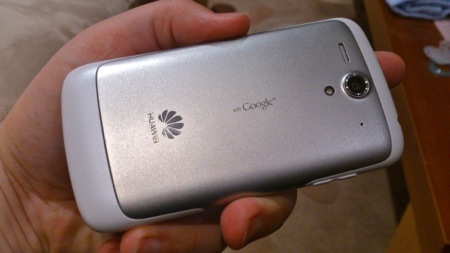 On the back is a 5-megapixel autofocus camera with a small but powerful LED flash. There's also a 1,500mAh battery, which is quite generous and should keep you going from morning to night without any nasty low-battery surprises.

An additional power-saving feature, which you can set to kick in at any time or when the battery reaches 30 per cent, can further your phone's life by turning down the screen brightness, disabling wi-fi, and deactivating background data synchronisation. 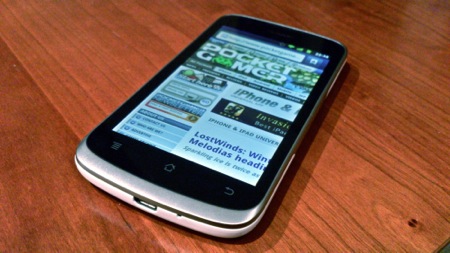 Make it your own

Huawei has never really offered much customisation over the native Android OS compared with rivals like HTC, Samsung, or LG. It has now developed HAP (Huawei Android Platform) but there's still very little customisation, which is limited to the launcher.

HAP includes an HTC-Sense style 3D scrolling effect on the homescreen and a horizontally scrolling app launcher. Apps aren't displayed alphabetically, nor is there an option to sort them, so you have to enter the 'edit' mode to move them into your own order, iOS-style, or uninstall them.

That's all very well until you've installed a lot of apps, whereupon it starts to get quite frustrating.

As the phone is exclusive to Vodafone, it also comes with a few pre-installed apps to help you manage your account and see apps that are promoted by the network, such as Vodafone's own music app and Vodafone Travel.

There are trial versions of The Sims 3 and UNO, but that's about it until you fire up the Play store to download your own apps and games. 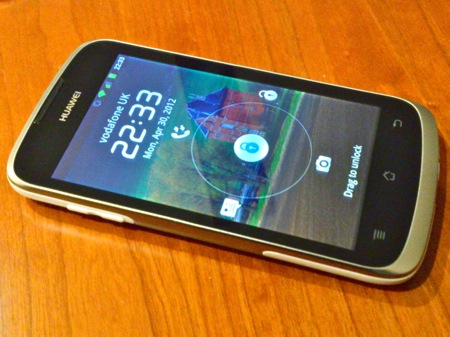 Another nice feature, especially given the lack of a camera key, is a lock screen that allows you to drag the lock icon in one of four directions to launch an app – such as the camera, call log, and messaging apps. It's not unique, but it's another feature that you might normally have expected from more expensive handsets. 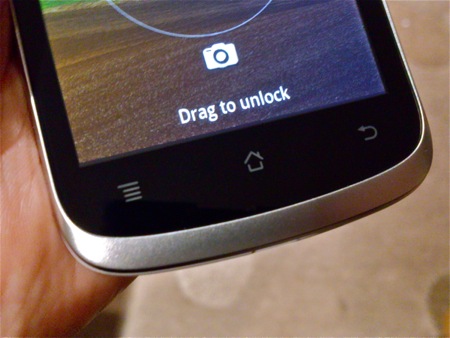 Perhaps the most important thing besides the affordable price is its build quality. Even for £100 you don't want to buy something that's feels like it's going to break in only a few months. There's no false economy here, as it feels like Huawei has really worked hard to keep the quality up.

It always feels solid and the only cheap-looking aspect of the casing is the volume rocker key - and that's me working quite hard to find something to fault.

Huawei has come up with something that finally beats the existing bargain smartphones: the Orange San Francisco II and T-Mobile's Vivacity.

In fact, as it stands the Ascend G300 is the best-specified prepay smartphone I can see on the market today. If you're after a decent perfomer without a hefty contractual commitment, get along to your nearest Vodafone store.

It's time to forget about the battles at the high-end and look at what's going on at the other end. If great value is high on your priority list, you'll be hard pushed to find anything that's better value than this
By Jonathan Morris
| May 1, 2012 |
Android + Mobile
SEE COMMENTS

Apple considered a physical keyboard for its first iPhone release