The HTC One X is the first smartphone powered by Nvidia's Tegra3 chipset, and we were curious to see what difference the extra power makes.

After all, you can still buy new phones with single-core processors running at 1GHz or less, often providing a perfectly good experience, while dual-core phones are still far from realising their true potential.

The One X has four cores running at 1.5GHz each. Actually, that's not true. There are actually five cores on the One X, the fifth being an anonymous one that runs more mundane tasks that don't require much power. This works to preserve as much battery power as possible. Nvidia calls this core the 'Ninja Core'. 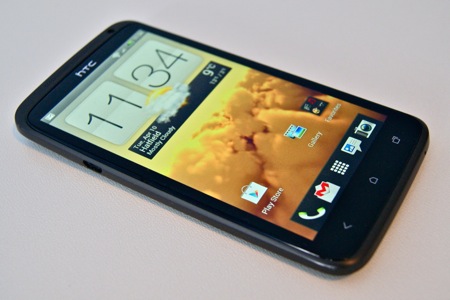 Inside the slimline polycarbonate shell, which comes in either grey or white, is a non-removable 1,800mAh battery that has to drive those five cores and the 4.7-inch 1280x720 pixel display.

The casing itself is slim, with drilled holes on the chassis for both the earpiece on the front and the integrated speaker on the rear.

A Beats Audio logo on the rear serves as a reminder that owners of Beats headphones can get an enhanced audio experience, although HTC no longer includes any Beats equipment with its new phones as standard. 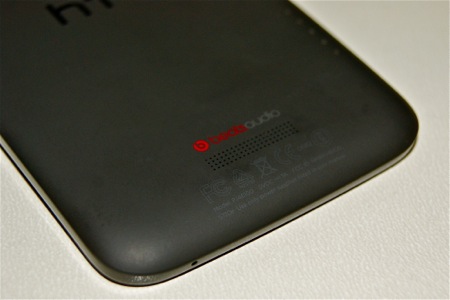 There's no memory card slot, so you have to make do with the 32GB of internal storage. The phone also takes a micro SIM card, which is the only accessible part of the chassis. Finally, there's Bluetooth V4 and NFC support.

The screen isn't as sharp as the 4.3-inch display on the Sony Xperia S (currently the highest pixel-per-inch density of any phone), but you'll still struggle to make out the individual pixels (the phone has 312 PPI).

There's an impressive contrast ratio and a wide viewing angle from the Super LCD 2 screen, while the colours are vivid but not overly - or unnaturally - saturated.

Running Android 4.0 (Ice Cream Sandwich) along with HTC's latest Sense UI overlay, the phone's user experience is impressive. HTC hasn't gone mad with enhancements because, as anyone who has seen the Samsung Galaxy Nexus will know, Ice Cream Sandwich is the best and most consistent build of the Android operating system to date.

Google has finally established a common look-and-feel across its own range of apps and is giving guidance to developers to bring that consistency to third-party apps.

However, the One X shows that there's a way to go before this happens. Many apps, including Tegra3-enhanced apps, place the menu/settings icon in the wrong position, wasting part of the screen in the process. 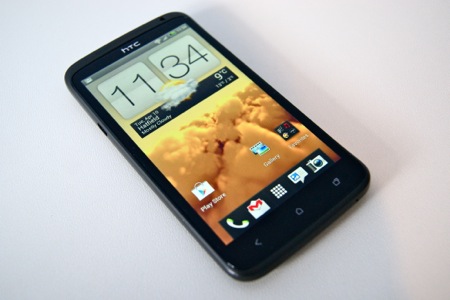 Let's get back to the enhancements of HTC Sense. Still present are the customisations that let you change the themes on the phone, including preset screen layouts, lock screens, and audio packs (ringtones, alarms, etc).

This means you can have a lock screen that shows social networking updates, weather forecasts, upcoming appointments, stocks, or a choice of clocks. Or you can keep things simple and show nothing, to stop anyone viewing data without unlocking the phone.

To unlock the phone you can either drag a circle up the screen or fire up one of four chosen apps by dragging the respective icon into the circle. This is the only way to quickly start up the camera, as HTC seems unwilling to put a dedicated camera key on any of its recent Android handsets.

Photos in a flash

The camera on the One X is pretty special, from its f/2.0 image sensor that works better in low light to a custom chip to process images. This allows super-fast focusing, a burst mode that can take 99 shots in quick succession, and the ability to record video and take stills at the same time. 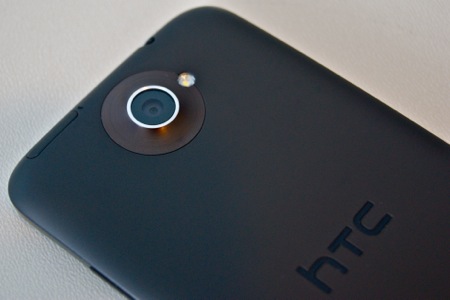 There's also a number of extra camera options, including filters, slow-motion recording, and an HDR (High Dynamic Range) option that requires a steady hand, by taking more than one shot at different exposure levels and combining the results.

Once you've taken your videos or photos, you have a number of sharing options. These include the usual services like Facebook and Twitter as well as Microsoft's SkyDrive and DropBox (HTC has also done a deal with DropBox to get you 25GB of storage free). As with all Android devices, these sharing options are available to other applications too.

The One X is the best camera I've seen from HTC, but it suffers from the phone's lack of a 'camera' button.

That initial quick start-up (or time-to-shoot) can make all the difference between getting a photo or not, and even though you can tap the 'power' button and drag the icon quite quickly with practice it's not as convenient as just holding the 'camera' button at any time, as you can with the Sony Xperia S and every single Windows Phone.

The phone is full of evidence that HTC has paid attention to detail. Take Car mode - once activated, this gives you a clear user interface that makes it easy to select your app (e.g. Navigation), make a call, or play music.

HTC has also produced a comprehensive range of accessories, including a car dock and a home dock that holds the phone securely and charges at the same time. Five subtle dots on the back of the casing mean there's no need to fiddle about with wires. 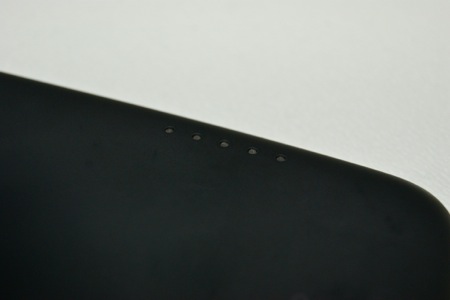 The final accessory of note is the Media Link HD adapter. This does away with the need to plug the phone directly into the HDMI port of your TV - although, you can still do that with a separately purchased cable.

Either way, you can either mirror the handset display or output a second screen that's independent of what you're doing on the phone.

The core of the matter

So the phone does pretty much everything, but does that extra processing power make a real difference?

Honestly: it's hard to see where that extra power is being used. The Sony Xperia S has a fluid user experience, with apps loading quickly and everything running without any lagging.

The mid-range One S, with a dual-core Qualcomm S4 processor is also incredibly swift. The One X can't go faster than instant, so it's up to the apps to show off the true power.

And this is where the One X falls down a bit, through no fault of its own. There aren't many apps that can demonstrate this extra power, besides benchmarking apps that just produce fancy numbers to wow your mates with.

What you do get is some graphical enhancements on games, such as water splashing on the display in Riptide GP THD (the THD standing for Tegra HD), more detail on the scenery in Siegecraft THD, and better visuals on Zen Pinball.

To fully appreciate the benefits of Tegra3 you need software specifically enhanced for it, and there's not a huge selection at present. The reality is that most developers aren't even taking advantage of dual-core, let alone quad-core.

The TegraZone Games app is the place to be to stay updated on how things may change when more Tegra3 devices go on sale during the year. One particular title to look out for is Sonic The Hedgehog 4: Episode II.

The battery life proved to be far better than I imagined, although these days my expectations for a smartphone aren't particularly high.

With normal usage, I achieved a full day and through the night before getting a warning that the battery was in need of a recharge.

This was with a fair bit using the camera, playing Tegra-enhanced games, and running benchmarking apps to confirm what I already knew: that this phone has the potential to do a lot more than is currently being asked of it.


When I left the phone alone to test the standby time a bit more fairly, it lasted four days and could have gone on for longer.

This was without any significant screen usage, but still allowing the phone to perform app updates and data synchronisation in the background, and with 3G and wi-fi switched on.

Which isn't to say its other features are disappointing. In fact, the One X is HTC's best phone ever. It's just a little ahead of its time - or, to put it more optimistically, it's future-proof.

The One X is ahead of where the developers are, and it will be for some time. There's more power than you really need, but if you want to own the best then HTC has the ultimate smartphone for you
By Jonathan Morris
| Apr 13, 2012 |
Android + Mobile
SEE COMMENTS

One X, S, and XL owners rejoice - you're getting Jelly Bean