Motorola rarely makes a handset that isn't pleasing to the eye, with a history of classics that go back to the late '80s.

The problem with many previous Motorola phones was poor software, but thanks to the adoption of Android that problem has been eradicated.

In fact, Motorola has since gone on to develop software that has become part of Google's operating system, which is perhaps one of the reasons that Google bought the company.

The latest incarnation of Motorola's own front-end software, now called MotoSwitch, includes a number of widgets that adapt to your individual usage - widgets such as the 'Social Graph', which populates itself with your favourite contacts to allow quick and easy access from the home screen.

The widget can work these out automaticaly, based on who you interact with most, or you can choose them manually. The 'Activity Graph' widget works the same way, but picks out the apps you use most instead. 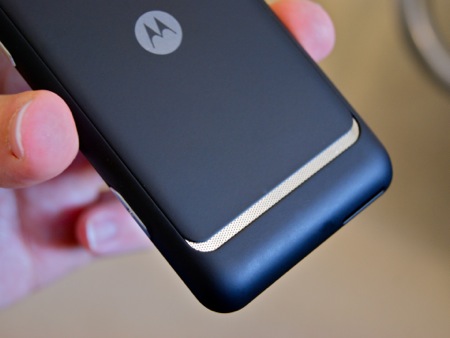 Besides the standard Android gallery application for viewing pictures and video, the Motorola-connected music player offers much more than most normal music apps.

It can give recommendations about new music as you listen to your songs and link to music videos on YouTube, and you can listen to the built-in FM radio or access internet radio via SHOUTcast.

You can also access the growing TuneWiki community, showing the music that's hot around the world. Finally, there's a music recognition provided by SoundHound. In other words, if you're into music then Motorola has your back.

For accessing video, your options are a bit more limited. The MediaSee app will look for online storage devices on your wi-fi network, but it comes without Motorola's MotoCast service, which lets you stream content from your home PC or Mac from anywhere in the world.

It's not available as a download from the Google Play store either, although that might hopefully change in the future.

The Motoluxe is a weird mix of new technology and old. It has a 4-inch, brightly illuminated LCD display that has a respectable 480x854-pixel resolution, with a small gap between the phone edge and the screen on the left- and right-hand sides.

Not quite the edge-to-edge design that Motorola promotes in its advertising, but certainly better than a lot of competitors.

There's a memory card slot, too, so you can easily expand the memory as you see fit. 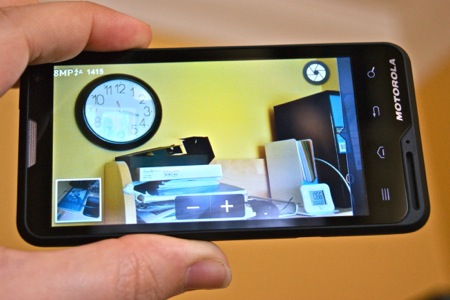 Even at just 9.8mm thin, the phone still squeezes in a 1,390mAh battery, and on the back there's an 8-megapixel autofocus camera with LED.

The photos it takes can be quite noisy in low-light, and overexposed when you use the LED lamp for close-ups, but if the conditions are good (in other words, outside during the day) then you get some good results.

For indoor shots, I wasn't blown away by the camera or the very long time it takes to focus. 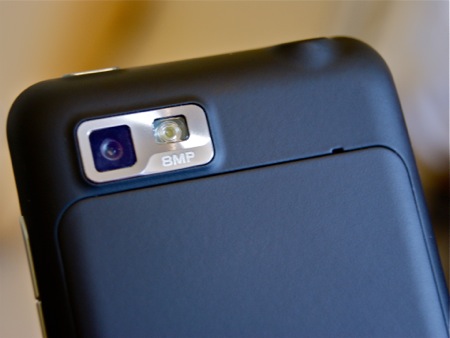 For all of the good things about the Motoluxe, there are also some rather bad things that could spoil the party.

Firstly, it has a paltry 800MHz single-core processor. This is coupled with a graphics co-processor that's now two or three generations old. Video recording is limited to just 800x480 pixels (so no HD here), while just 512MB of RAM limits the number of apps that can be left running at once.

A slow processor might improve battery life (and it may well be possible to overclock the device easily as with other Motorola models), but out of the box you can't fail to notice that the user experience takes a hit. 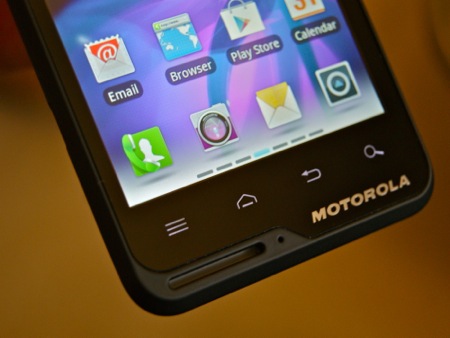 As you navigate around the phone, the animated transitions frequently stutter and the phone slows down when applications work in the background (like downloading new emails or doing app updates). It goes without saying that the graphical performance is hit hard too.

All of this leaves me wondering why Motorola thought a dollar or two saved on the hardware was worth the potential damage to sales, and its reputation. It seems like Motorola is once again living up to its old reputation of putting style before substance.

To mitigate the worst delays, you can turn off animations in the settings menu or turn off background synchronisation. You can also change the system font (two are included, more are sold via the Play store with prices starting at 62p per font) and configure the battery manager to turn off functions at night, or at your own chosen times. 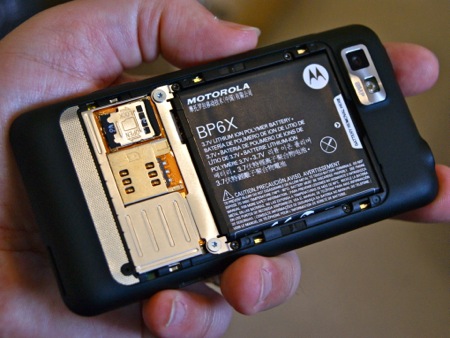 On the plus side, the battery performs well and I managed almost 24 hours before the phone finally gave up the ghost. This is something I've not seen for some time, and perhaps time will show that a slower phone is more useful in the long run.

Another nice bit of design comes from the lanyard slot at the lower left hand corner of the phone. Inside is a light bar that gives bright notifications in a range of colours. Because of its position, you can see the light from both the front and back. 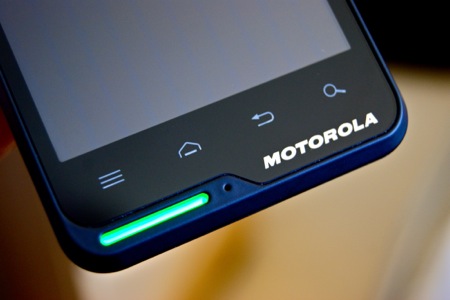 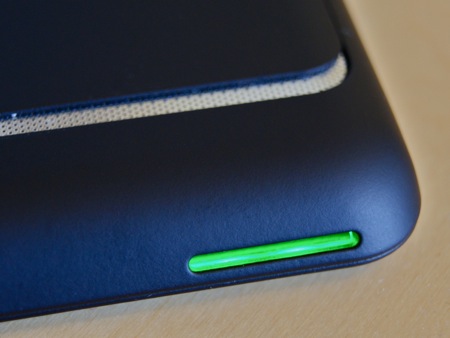 The lock screen also shows you key information at-a-glance, as well as letting you launch up to six apps instantly with a drag of the icon to the middle of the screen. For unlocking, drag the lock icon outwards. Simple but effective.

Had this phone had more power under the bonnet, it could well have been the ideal mid-range smartphone. In fact, if Motorola upped the screen resolution and included a dual-core processor with more RAM, it could be the company's best Android smartphone yet.

As is stands, it's a bit of a lost opportunity - it could have been better and without a major impact on the price. Perhaps Motorola will release a faster model, as it did with the Defy+, in due course. Until then, you'll have to make a decision based on what you want from a smartphone.

If your expectations aren't as high as mine, the Motoluxe has a lot of good things going for it, but I can't help but feel that the sluggish processor will eventually make you wish you'd gone for something more powerful.

One of the nicest looking Motorola phones to date, let down by a sluggish processor. What was Motorola thinking? It's time to go away and up the spec and come back with a new and improved 'Motoluxe+'
By Jonathan Morris
| Apr 3, 2012 |
Mobile
SEE COMMENTS